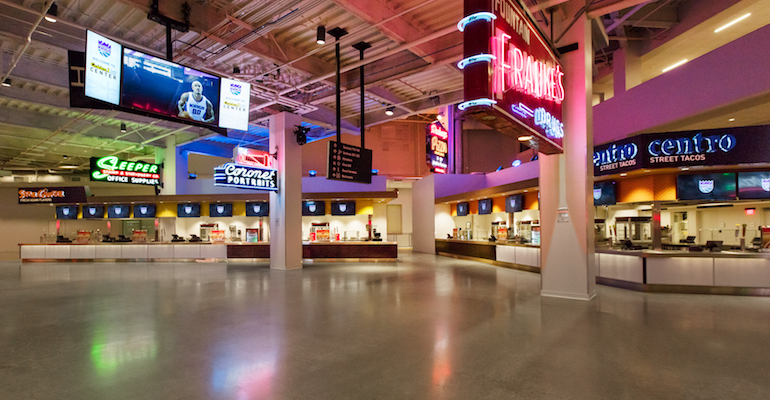 Legends Hospitality
The concessions stands at Golden 1 Center are composed of unique destination outlets rather than multiple outlets of the same concept and menu mix.
Top 50 Contract Companies

Legends Hospitality manages food & beverage operations in the Golden 1 Center in Sacramento, home arena of the NBA’s Sacramento Kings, and its emphasis under Executive Chef Brien Kuznicki has been to offer a variety fan-favorite menu items from distinct station concepts, including an array of local restaurant brands such as Café Bernardo, Lowbrau, Star Ginger and Petra Greek around the venue.

Golden 1 Center, which opened in September of 2016, has hosted a variety of events other than Kings games, including wrestling, mixed martial arts, bull riding and high school and college basketball, including first- and second -ound games of the 2017 NCAA Division I Men’s Basketball Tournament. Major concert performers appearing in the arena have included Paul McCartney, Metallica, Justin Timberlake, Elton John, Ariana Grande and Jennifer Lopez. 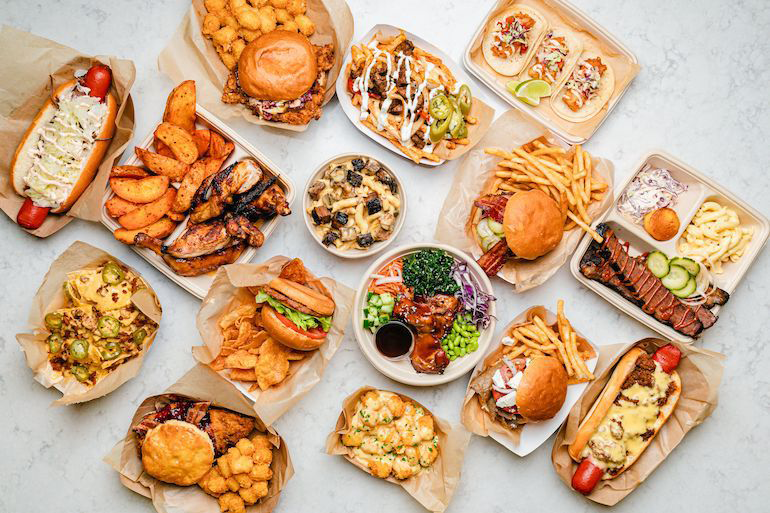 The Golden 1 Center menu consists of a wide mix of cuisines ranging from premium versions of traditional favorites like hot dogs and burgers to ethnic specialties ranging from Mexican to Asian.

“We have a great fanbase here and attendance has been pretty consistent,” says Kuznicki of the Kings. “When it comes down to the wire like this [the Kings are in the hunt for a spot in the NBA playoffs], we have a fluctuation in numbers from around 13,000 all the way to 15,000 with higher-seller games getting up to 16 to 17,000.”

“The cool thing about the Golden 1 Center is that there are only a few repeated [concessions] stands,” Kornicki offers. “For the most part, all of our stands are unique in their own little way.”

They include local restaurant partners such as Paragary’s and Selland’s, which offer two different takes on pizza; Café Bernardo with its menu of grass-fed beef burgers and classic shakes; Centro, offering authentic regional Mexican cuisine such as street tacos and handmade tortillas, Petra Greek with a Mediterranean menu replete with gyros, pita bread and tzatziki sauce; Star Ginger and its Asian selections ranging from banh mi sandwiches, Korean barbecue and Sriracha chips to a build-your-own-bowls with toppings like purple cabbage, house kimchi and carrot and daikon slaw; and Lowbrau with its specialty sausages.

The chili cheese dog has been quite a hit, Kornicki says, despite initial concerns about how a half-pound wiener might be received. Quite well, thank you, as it has been one of the season’s biggest sellers with 20,000 sold as of late February. 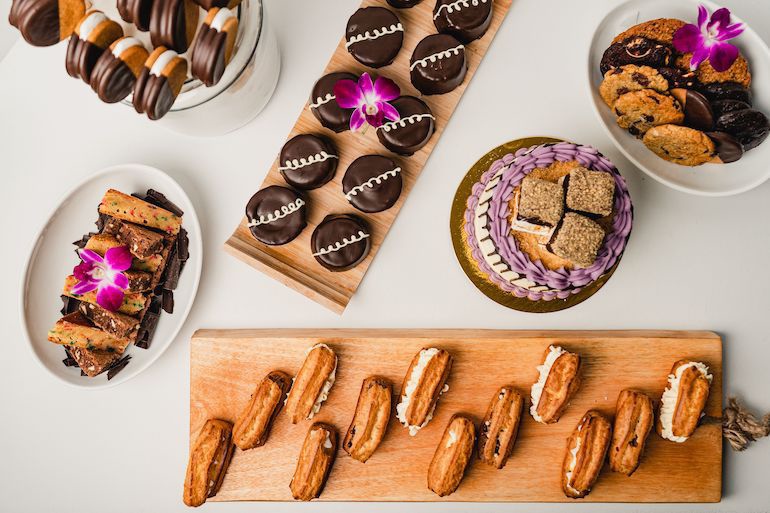 All the desserts and ice creams served at Golden 1 Center are made in-house from ingredients sourced mostly from a 150-mile radius.

Other new menu items that have found favor with fans so far this season include a double bacon cheeseburger introduced by Café Bernardo that has already sold 3,000, and the Clucker fried chicken sandwich at Porchetta House, with 2,000 sold.

New items are also introduced on the Flavor Lab cart, a mobile serving outlet introduced last season that has seen a big hit this season with a Philly cheesesteak that sells around a hundred a game. Incorporating housemade cheese sauce, grass-fed beef and a local bread, it could well wind up on next year’s menu at one of the fixed stations, Kornicki says.

The sandwich’s local ingredient components are no accident, he adds.

“One of driving points for us is that 90% of our food is locally sourced from within 150 miles of the building,” he proudly notes. “We also make all of our pastries in-house in our own pastry production kitchen and we do all of our own ice cream using an all-organic base for the ice cream from a local company [Straus Family Creamery].”

The ice cream is a big favorite among fans, as are the churro donuts and fries, and “we’ve been told that we have the best chocolate chip cookies in the NBA,” he adds. (FM has been unable to verify this but is looking forward to researching it…).

The ice creams of course are available in the traditional vanilla and chocolate flavors but the staff has also experimented with other varieties like bacon maple, orangesicle and a Meyer lemon sorbet “because in winter it’s all about citrus because we have a great citrus community around here,” Kornicki says. “We also try to play around with a lot of seasonality, like cherries and blueberries in the summer. The cherries, for example, can be made into marmalade or jam or just a puree or juice to get ready for [NBA] season.”