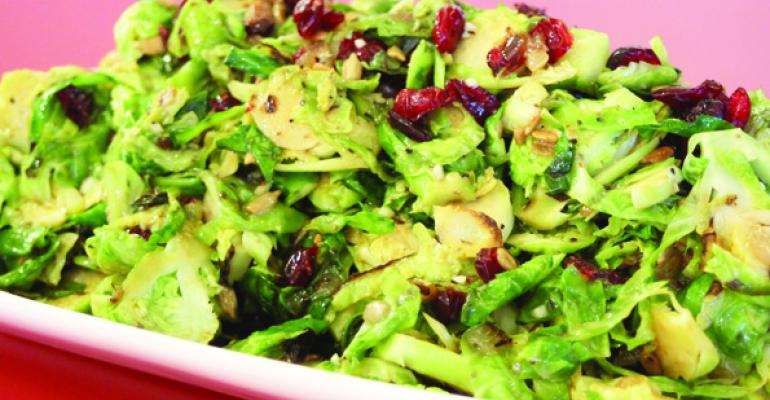 Heat a large, heavy bottomed pan over high heat. Add canola oil and shallot and sauté quickly until lightly browned. Add Brussels sprouts to pan and spread evenly, but do not stir. Allow sprouts to brown well for about 2 to 3 minutes.


Season with salt and pepper, stir and add water. Allow to cook for one more minute and then chill (sprouts should be bright green and have a bite to them still.)
While the sprouts are chilling, add mustard, honey, garlic and vinegar to a small bowl. Whisk together and stream in olive oil. Season dressing with salt and pepper and set aside. When sprouts are cool enough, add dried cranberries and sunflower seeds and toss together. Dress the sprouts with the vinaigrette and serve within a few hours, as the vinegar will turn the sprouts gray. Alternative: Sprouts may also be served hot: follow the steps but eliminate the chilling and the vinegar.