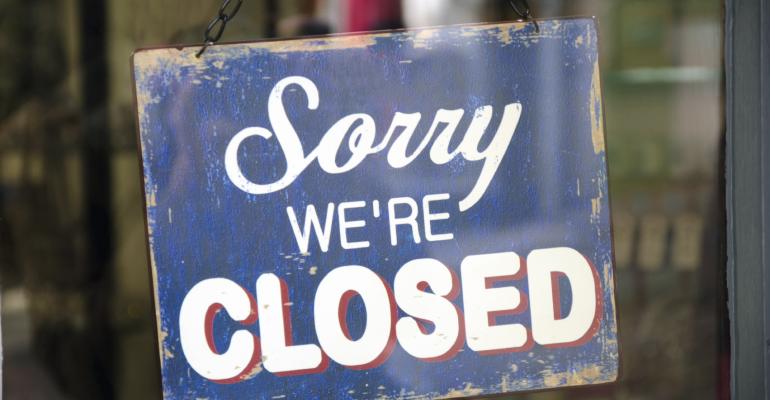 When college students are hungry—no matter if it’s 2am or 2pm—they want options that are delicious, affordable and convenient.

Responding to this demand is becoming an increasingly important strategy for college and university foodservice operators.

At University of Pennsylvania (Penn), Philadelphia, Pa., café hours vary, but something is always open from 7:30am until 2am.

“About five years ago we were asked by student leadership to offer late night hours in our cafés,” says Stephen Scardina, Resident District Manager for Bon Appetit, which manages foodservice at Penn. “The challenge was—and continues to be—that students have very different ideas about what constitutes late night hours and what types of services and food options they want.”

Further complicating things is the fact that Penn’s residential halls are at opposite ends of campus. This made choosing a location that was convenient for everyone and easily accessible late at night even more of a challenge.

“We started the process gradually,” says Scardina, who came to Penn in November of 2010. “We first extended hours until 2am at Mark’s café, a retail facility located inside the main library. Next, we extended the hours of our on campus Starbucks and created a late night study area in the lowest level of our largest campus dining facility.”

The success of the late-night Starbucks was followed by a complete renovation of the space, moving the coffee shop from the second floor to the lower level, adding an outdoor patio and indoor fireplace, as well as new furnishings.

“We created a very popular community and study area that is extensively used both during the day and late at night,” says Scardina.

In addition, Penn extended hours in the dining locations that offer meal equivalencies for students who can’t make it to one of the school’s all-you-care-to-eat facilities, which generally close at 8pm, Monday through Thursday.

“These cafes now close at 10pm and our on-campus market—Gourmet Grocer—closes at midnight,” says Scardina.

In addition, Hill Express, a small takeout café adjacent to one of the all-you-care-to-eat cafes, is open Sunday through Thursday, from 8pm until 12am. It offers meal equivalency, too.

“Our newest café, Tortas Frontera, which is a partnership with renowned Chicago Chef, Rick Bayless, is also open until 10pm,” says Scardina.

Another way that Penn extends its reach is by offering breakfast options later into the afternoon or, as it did for the first time this fall, through traditional dinner hours.

Until recently, students at University of Montana (UM), Missoula, MT, had access to various dining options from 7am until 8pm. But in April, that changed.

“We did some market research on the number of foodservice deliveries to campus housing during off-peak hours,” says Ian Waetje, UM’s Concessions Manager, who also oversees UM’s food truck. “Based on those outcomes, we decided we needed to implement some late-night dining options for our students.”

UM began searching for an economical way to satisfy this need without committing to brick-and-mortar. The search ended with the introduction of its Galloping Griz food truck.

Galloping Griz is a state-of-the-art truck that includes a full kitchen run by a generator and includes an air-conditioning unit. A student manager runs the late-night service and existing fill in as needed. It is open until midnight and its most popular items, according to Waetje, are the quesadillas and specialty bombs, which are made from a tortilla filled with various ingredients, tucked, rolled, and fried like an egg roll.

“For the quesadillas, we have traditional cheese, fire-braised chicken, al Pastor pork, carne asada, and jalapeno black beans,” says Waetje. “Our specialty bombs include the asada bomb (or ABomb), hummus avocado bomb (or HBomb), chicken fajita bomb (or FBomb) and, of course, the dessert cherry bomb.”

UM’s bombs are so popular, in fact, that Griz sells about 100 of them every night.

Similarly to UM, The University of Akron (Ohio) is on the cusp of introducing its own food truck that will help cater to late night diners as well as underserved areas of campus.

“We currently host a number of food trucks on our campus to complement our offerings at lunch,” says Gary Goldberg, Director of Dining Services and Administration. “But our truck will more nimble. It will work with our meal plans, service areas of campus that lack foodservice options and help to reach customers at athletic and other special events.”

The plan is for UofA’s truck to have a Latin American and Caribbean theme, reports Goldberg.

“We want to offer students, staff and locals something different, something unique and something memorable,” he says. “This will be a very valuable addition to our foodservice operation and we’re excited to roll it out—literally—in March.”