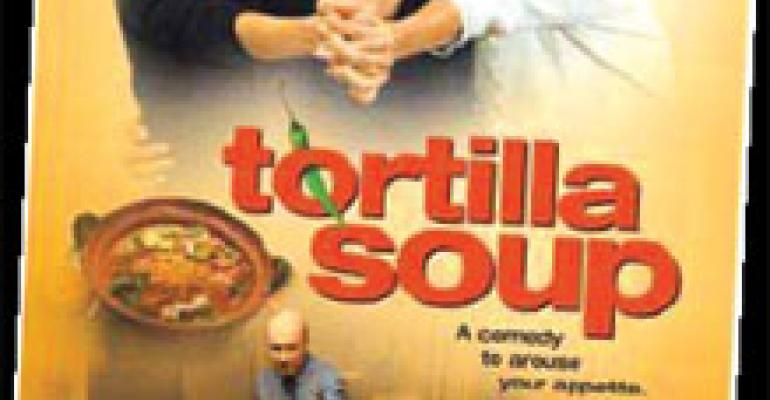 Chef Steven Petusevsky, a Culinary Institute of America alum and the author of The WholeFoods Market Cookbook, discusses the Oscar-winning 2001 film Tortilla Soup (a remake of Eat Drink Man Woman) starring Hector Elizondo as a retired chef who has lost his ability to taste, but continues to prepare lavish family meals for his three adult daughters.

“It’s about a dad, who raises his daughters himself and imparts a passion for food and cooking to his children,” Pefood & flicks tusevsky says. He adds that in the first part of the film, when the chef is preparing a meal with such love, “I felt I could smell the cilantro.”

The chef in Tortilla Soup is devoted to the integrity of the cuisine, both in its taste and its tradition And if the food in this film—including the tortilla soup—looks particularly authentic and appetizing, that’s because it was actually prepared by Mary Sue Milliken and Susan Feniger of Border Grill, Ciudad and the Food Network’s “Too Hot Tamales” (1995-1999) fame.