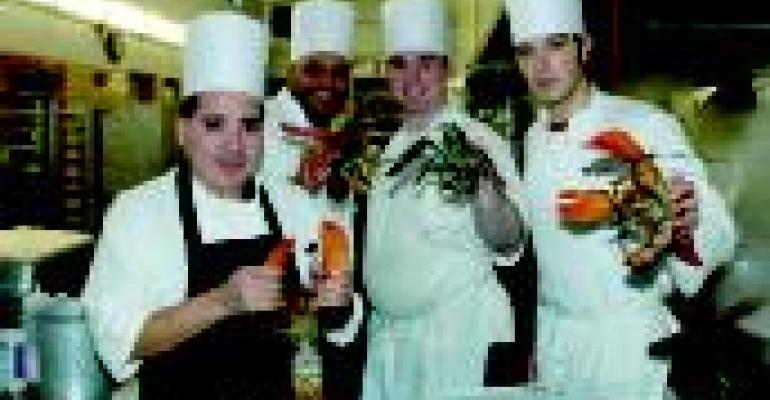 The temperature is rising for Cristeta Comerford, the first female (and first minority) White House chef. With a little more than three months as chef, what's next on Comerford's plate? The December holiday season when President Bush and Laura open the White House doors to some 9,500 guests who file through 25 parties each expected to serve the finest food and drink in town.

While the task may seem daunting, Comerford is no stranger to the heat of the White House kitchen. She has been assembling meals big and small as an assistant to former chef Walter Sheib II, who hired her as a part-timer in 1995.

Comerford has experience with a bevy of different foods from cultures around the world.

She is a naturalized U.S. citizen from the Philippines who studied French cooking in Vienna, and specializes in Ethnic and American cuisine. This set helps tremendously when serving the palates of some of the world's most powerful figures.

On Comerford's list of must-do holiday items: extra staff, equipment and, most importantly, food to feed the masses.