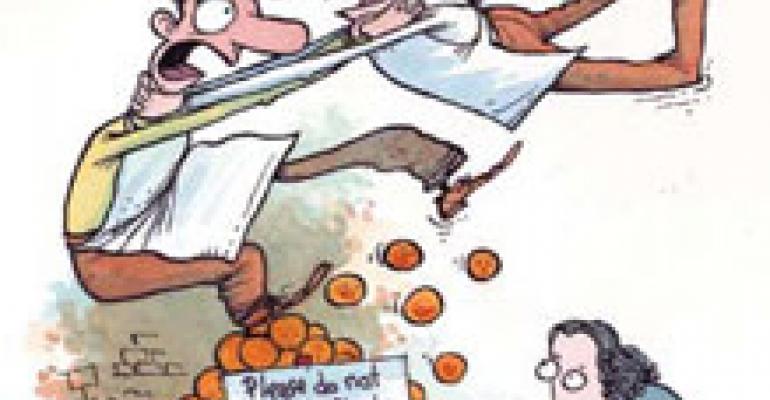 Rumble in the Grocery Aisle

Two men stacking produce in a Los Angeles area grocery store got into a fight about the best way to do the job, the Orange County Register reported recently. The absurd fracas quickly turned ominous when one of the men stabbed the other in the arm with a steak knife (a steak knife? in the produce section?). The assailant ran off but was soon found and arrested for assault with a deadly weapon. The guy who was stabbed was treated and released.

Who knew that produce merchandising could be such a dangerous occupation? And who knew that grocery clerks took their vegetable display jobs so seriously?