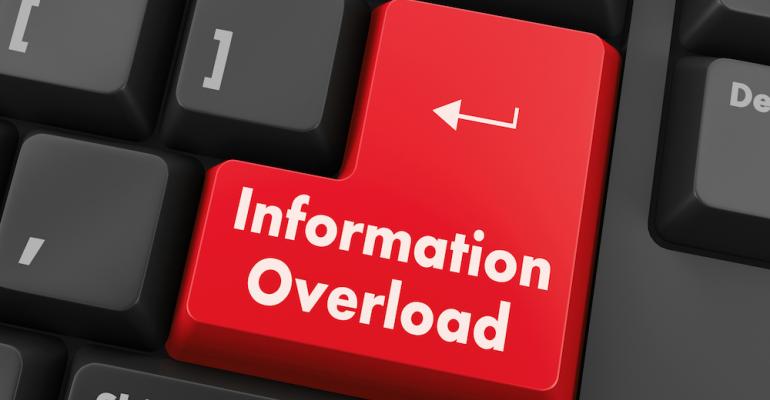 Do We Suffer from Infobesity? 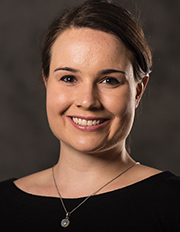 Infobesity: The suffering of too much nutrition and wellness information. I can’t take credit for the term; it’s something I heard from a registered dietitian at The Culinary Institute of America’s Menus of Change conference last month. Ashley Koff of the Better Nutrition Simplified Program coined the term when she was lamenting how difficult it was to counsel patients in today’s communication overload.

Carbs are good. Carbs are bad. Should I follow the paleo diet? Go gluten-free? Are artificial colors bad for me? And are GMOs the evil that some make them out to be? What about organics? With all the fad diets and studies out there, it’s confusing for consumers to know just what we should be eating.

And the federal government isn’t doing anyone any favors. This year the new edition of the Dietary Guidelines for Americans was released and provides “evidence-based nutrition information and advice for people age 2 and older.” Or so it claims.

The science is solid, but the finalized guidelines merely suggest eating lean meat and shifting “to other protein foods.” There was no mention of the sustainability reasons behind limiting the consumption of red meat, something science had proven as fact. So on one hand the government is attempting to solve the issue of infobesity with new dietary guidelines, but then confuses the issue by ignoring relevant information.

The information overload doesn’t stop when diners enter an operation. Nutritional information is often available—and in some cases mandated by the government—on menu boards. Many operations have their own marketing campaigns around healthy eating that are displayed throughout the dining facility. And sustainability messages are popping up more frequently, particularly in college dining halls where students often look for information about the farmer or producer from which their food came.

So are we creating an environment of infobesity? Do we need to provide so much messaging around the food we’re eating? How do you strike the balance of providing nutritional education and not overloading consumers? David Katz, director of the Yale University Prevention Research Center and the president of the American College of Lifestyle Medicine, put it best when he told the Menus of Change audience: “We already know how to eat. Michael Pollan said it best when he wrote ‘Eat food. Not too much. Mostly plants.’ ”

Good, simple advice. If only it were that easy in the era of infobesity.