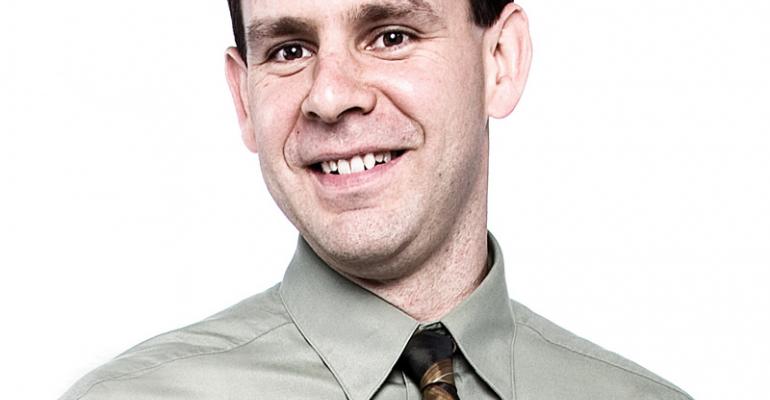 I might as well get this out in the open now, because I’m probably going to mention it a time or two. I’m the parent of a daughter with a peanut allergy, so I probably understand and am more empathetic to those issues than most. Now I try not to be one of those crazy, over-the-top paranoid parents, but still, it’s hard not to be when exposure to something made with peanuts could be deadly for my daughter.

And honestly, we really don’t even know that to be true—because what I’ve learned in all this is allergists don’t really know much more than me. Skin tests and RAST tests may tell you if you’re allergic to something, but they can’t tell you how severe your reactions might be. So we prepare for the worst, which means having an EpiPen at the ready and dialing 911 at the first sign of a reaction. I’m thankful it hasn't come to that.

My daugther’s first reaction came when she was less than two years old and fairly significant for a first reaction, they say. But my point in all this, and it probably should be going to my old audience of restaurant operators, is I was really impressed with how Ohio State approaches allergies on its massive campus.

At Sloopy’s, its full-service diner, when servers first visit a table and introduce themselves, they also ask if anyone has an allergy they should know about. I have never once heard that at any restaurant of any kind. I dread asking servers about peanut oil and explaining our daughter’s allergy.

It would be so nice, refreshing and relieving if the server brought it up first. There’s really nothing to lose. Anyone with a severe allergy is going to bring it up anyway, but this preemptive strike would definitely put an allergy sufferer at ease and show that you care and understand the severity. It’s good business and Sloopy’s was the first place I’d ever heard this. It would go a long way at any restaurant.

Across the Ohio State campus, which I imagine could be somewhat typical (although I don’t know that to be the case), all menu items at all dining outlets included a (N) symbol after any item that is not nut safe. Everything else would be. It also has different markings to signify vegetarian and gluten-free items.