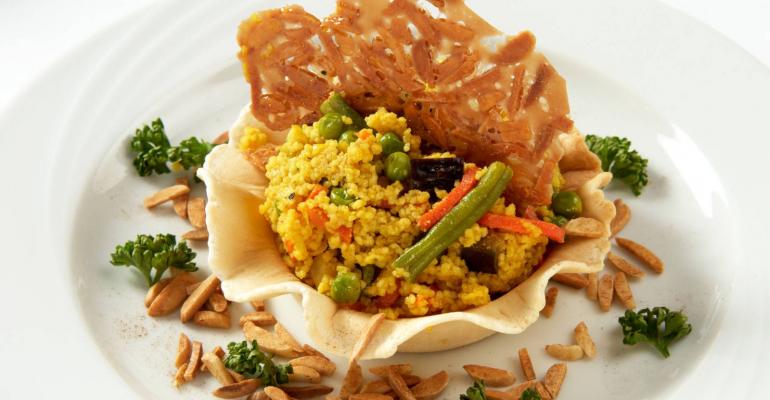 150 years is a major milestone. On June 18, the Bayer Corporation celebrated with an anniversary luncheon for about 110,000 employees around the world. What does it take to prepare a meal for that many people?

Jeff Sinciline, general manager and executive chef for Parkhurst Dining, based in Bayer’s Pittsburgh site, estimated that the meal required: 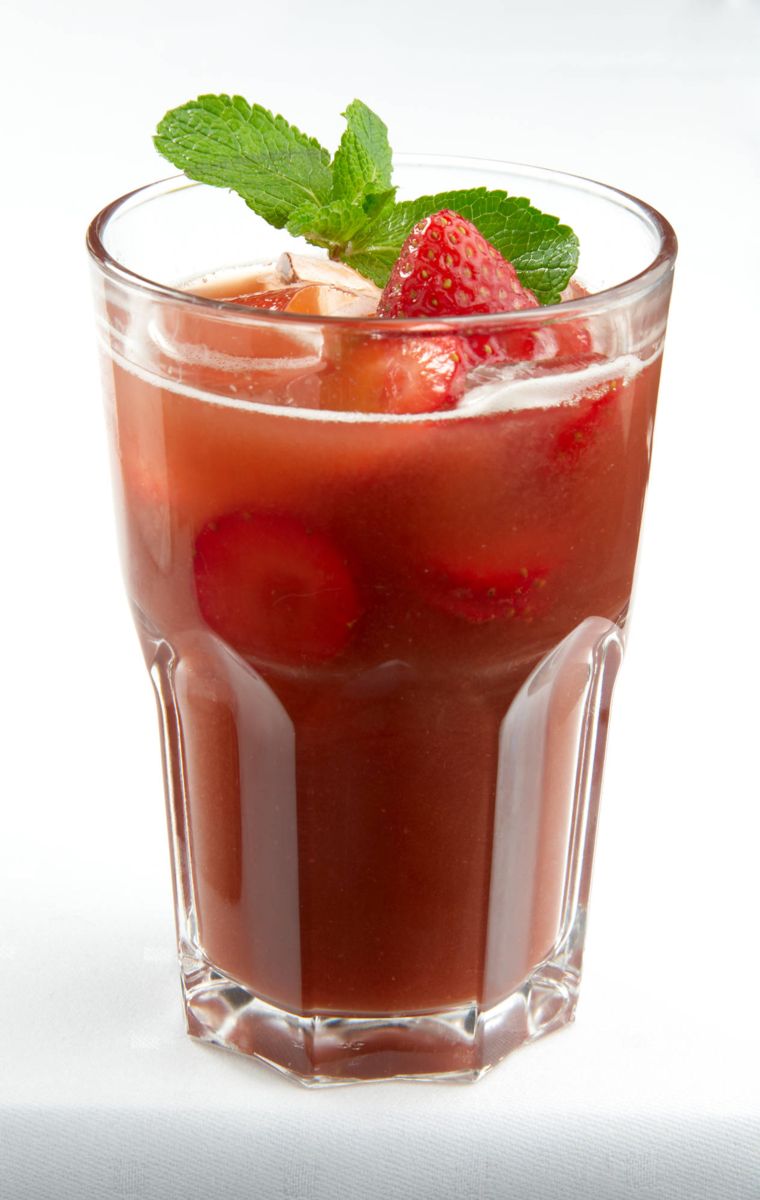 Sinciline headed up the ‘celebration chefs’ committee, which was charged with developing an international upscale menu that would be practical to prepare in such a huge volume. Other chefs on the committee were from Germany, China, France and Mexico.

“We wanted to come up with something practical to execute that would be globally accepted,” Sinciline says. “The goal was just creating a worldwide celebration where every employee, including shift workers, would have the same meal on the same day.”

He wasn’t too stressed out, though. “I’ve done large events before, and I’m used to feeding about 1,500 in this location every day.”

Months of preparation and ingredient sourcing led up to the following menu: Orange Salmon Ratatouille (which used local vegetables where possible); Couscous Salad with Cinnamon and Almonds; Kung Pao Chicken with ground red chiles, ginger and garlic; Fresh Fruit with Raspberry Coulis and Dark Chocolate Sauce. The beverage was Mint-Kissed Strawberry Lemonade. Oh, and they didn't forget the birthday cake, in chocolate or vanilla, topped with Bayer’s 150th anniversary logo.

The couscous salad was a dish that Sinciline created for the event. It’s a standout because of its Mediterranean/Northern African flavor profile: “sweet spiciness that backs up the fresh vegetables,” he says. Vegetables could be adjusted depending on what was available for each location, and this dish served as the vegetarian entrée.

The main dish, Orange Salmon “lends itself to big crowd feeding,” Sinciline says, adding that it was sustainably sourced, and the combined purchasing power of all the locations led to a good price.

Pulling off an event like this makes one wonder: what will they do for the next big anniversary? 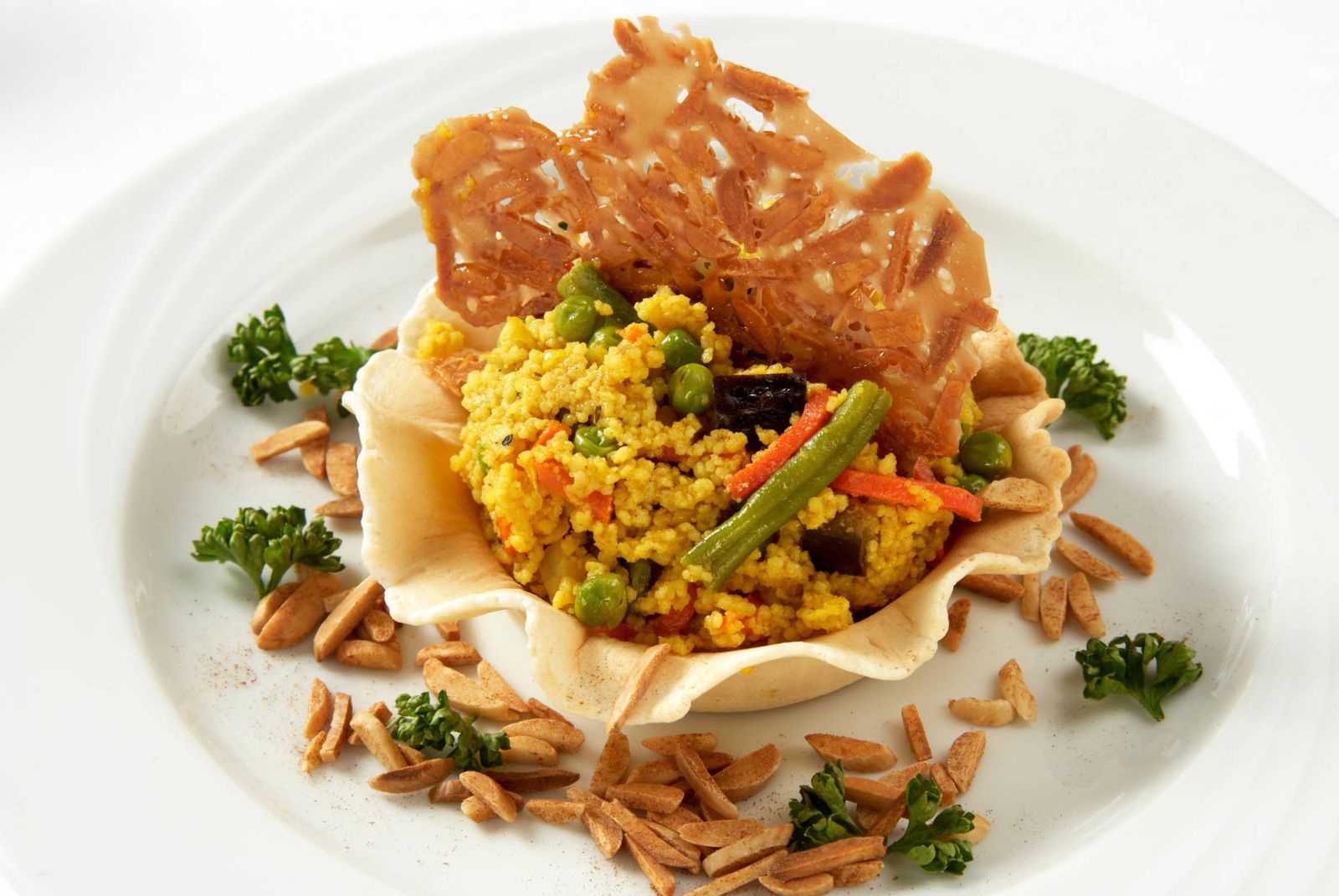 1. Add couscous to simmering stock. Reduce heat, cover and simmer until tender and done.
2. Place in a bowl warm and toss with parsley, cinnamon, rice wine vinegar and olive oil. Add sautéed peppers.
3. Season with salt and pepper and place in refrigerator.
4. For the almond topping: Preheat oven to 350°F. Toss all almond topping ingredients together and toast on a sheet tray for 10 minutes or until lightly browned. Remove from sheet tray, cool to room temperature and use to top couscous before serving.