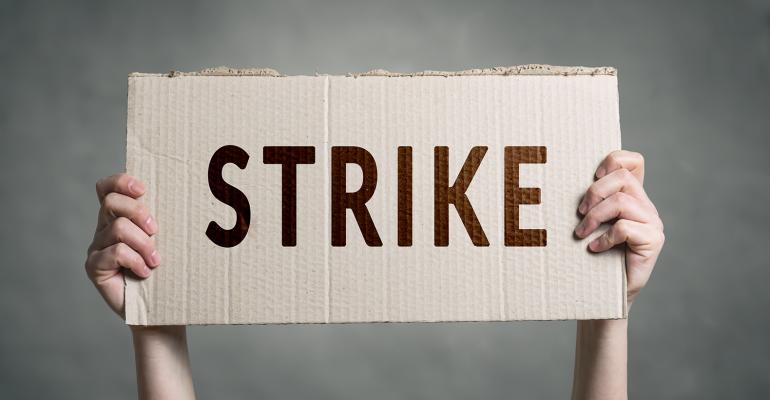 This and how food-related amenities might lure employees to the office on Fridays are some of the stories you may have missed recently.

Dodger Stadium concessions workers will not strike during the 2022 MLB All-Star Game. Earlier, 99% of the roughly 1,500 food and beverage workers represented by Unite Here voted to authorize a strike as members sought "a fair new union contract," but on July 15 they announced that they "have made substantial progress in our contract negotiations this week. On this basis, Local 11 has agreed not to strike during the All Star Game and related events."

Read more: Dodger Stadium concession workers will not go on strike ahead of 2022 MLB All-Star Game

As white-collar workers across the country settle into hybrid work routines, one thing is becoming clear: Nobody wants to be in the office on Fridays, when just 30% of office workers swiped into work in June, the least of any weekday, according to Kastle Systems, which provides building security services for 2,600 buildings nationwide. “Employers recognize that it’s tougher to get people to come back in, so they’re asking, ‘What can we do?’” said Julie Schweber, an adviser at the Society of Human Resource Management. “The answer is basically: If you feed them, they will come. Food trucks, special catered events, ice cream socials, that’s what’s popular right now.”

Following that advice, digital marketing firm Online Optimism now has a Friday routine of free lunches and free-flowing happy hours beginning at 4 p.m. sharp and although the company has dropped all requirements for in-office work, as many as 80% of its employees show up on days when there’s free food, said chief executive Flynn Zaiger. “Honestly, the best socializing happens on Friday,” he said. “Why not have a beer or two? If people are going to be a little less productive one day of the week, I’d rather it be Friday than Monday.”

Read more: It’s official: Fridays in the office are over

The University of Texas at Arlington has won the national Excellence in Sustainability Award from the National Association of College and University Business Officers (NACUBO) based on its submission titled “Fighting Food Insecurity and Reducing Food Waste.” The submission highlights included the North Texas Food Policy Alliance, which was launched at UT Arlington in spring 2021 and for which UTA hosted a North Texas Local Food Dialogue on Inclusive Food Systems last September; the Maverick Pantry; UTA’s composting program; its Food Recovery Network, which reduces food waste and hunger by recovering perishable food from the campus’ dining halls that would otherwise go to waste and donating it to those in need; the Dine on Campus App, Farm Shelf, and Waste Not outreach program; UTA’s participation in the EPA Food Recovery Challenge; and its research and student engagement to reduce food waste.

Read more: A National Award for Excellence in Sustainability

While federal support for free meals for all students ended on July 1, New Mexico has a backup plan: A law passed by state lawmakers in 2020, prior to the pandemic, will cover copays for students who qualify for reduced-price meals. The maximum copay is 40 cents. Over the past two years, when federal pandemic aid covered meals for all students, the bill's annual appropriation of $625,000 had reverted to the state's general fund.

Read more: Cafeteria Workers at the U.S. Senate and Capitol Face Layoffs, With Plenty of Blame to Go Around