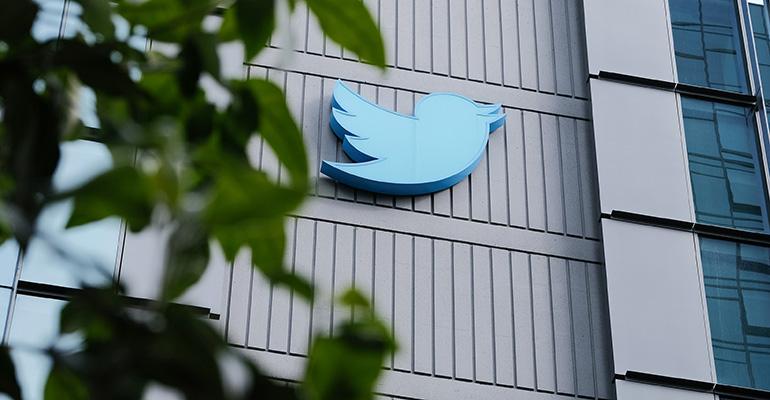 David Odisho / Stringer / Getty Images News
New Twitter owner Elon Musk said he will scrap the free meals served at the company’s headquarters in San Francisco as the amenity had become unsustainable because “almost no one came to the office."
News & Trends>Business & Industry

This and USDA offering $50 million in grant funding to boost school lunch appeal are some of the stories you may have missed recently.

New Twitter owner Elon Musk said he will scrap the free meals served at the company’s headquarters in San Francisco as the amenity had become unsustainable because “almost no one came to the office” and was costing the company around $400 per worker or about $13 million a year. “There are more people preparing breakfast than eating breakfast,” he said. “They don’t even bother serving dinner, because there is no one in the building.”

A study by a research team at the University of Maine used the EPA’s Food Recovery Hierarchy framework to look at how hospitals in Maine process food waste and found several potential areas of improvement in the food preparation systems. For instance, they found that six of the seven surveyed hospitals did not compost food waste due to barriers like cost, procedural considerations and the challenge of hiring the right personnel, and they also rejected “ugly” vegetables, when they could accept imperfect produce to use in meals like soups and sauces that would reduce waste and create cost savings. Also, while food donations were recognized as a viable way to reduce waste, they were said to be not widely practiced because of legal concerns despite the protections offered through laws like the Bill Emerson Good Samaritan Food Donation Act, which protects nonprofits from liability when donating except for in cases of gross negligence.

International student enrollment in U.S. universities bounced back last year after a steep pandemic-fueled decline, according to a new “Open Doors” report from the Institute of International Education. The total number of international students in the U.S. increased by 4% in the 2021–22 academic year and an additional 9% this fall, following a 15% drop in 2020–21.