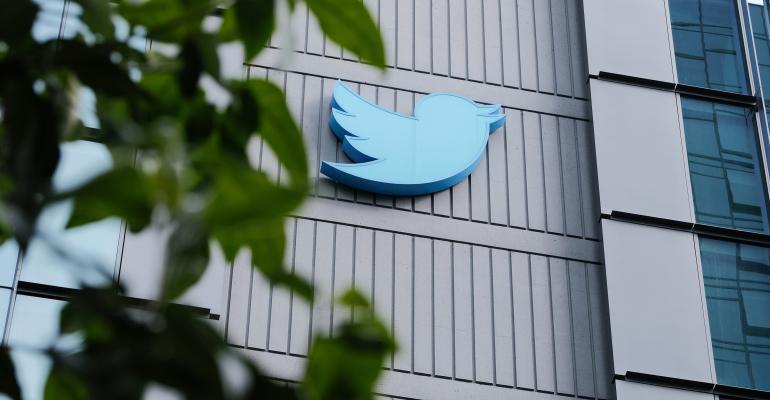 This and a study showing the benefits of bulk milk dispensers in schools are some of the stories you may have missed recently.

In the latest cutbacks at Twitter’s Market Street headquarters in San Francisco, food service workers have lost their jobs as Twitter has told food vendor Bon Appetit Management Co. that its deal with the tech company had been canceled while Bon Appetit said the contract with Twitter had ended “for convenience.” “Twitter has had significant change, and the food service program is part of that,” a Bon Appetit spokesperson said.

A recent study from the World Wildlife Fund (WWF) found that one of the largest singular forms of waste in schools is the result of single-serve milk cartons, which WWF advocates be replaced with bulk milk dispensers. As an example, it cites a middle school in Oregon that saw its average milk waste decrease from 250 gallons to 43 gallons of liquid milk over the course of a single year following the switch, while Bluestone Elementary School in Virginia saw its annual packaging waste drop by 91% and elementary schools in Oregon’s Clackamas County now save around $3,000 on milk purchases each year after switching to bulk dispensers.

Weslynne Ashton, associate professor of environmental management at the Illinois Institute of Technology, is leading a study exploring how to bridge the gap between small producers and large institutional buyers like universities and hospitals after she and a group of community organizations, civic partners and academic researchers were awarded a $50,000 grant by the National Science Foundation to advance equity, resilience and sustainability in Chicago’s food system. The team will investigate and design pilot food procurement programs at the Chicago Department of Family and Support Services, the Cook County Juvenile Temporary Detention Center and Chicago Public Schools.

Read more: A New Push Is on in Chicago to Connect Urban Farmers With Institutional Buyers Like Schools and Hospitals

The Los Gatos-Saratoga Union High School District in California has hired chef and consultant Paul Boundas and his Chicago-based company Country House Kitchen on a $160,000 annual contract to revamp the way lunch is cooked and served at its two high schools. Boundas and his team of trained cooks now make about 900 meals a day entirely from scratch, serving up everything from buffalo mac and cheese and creamy pesto pasta to poke bowls and homemade traditional ramen.

Major League Baseball's Milwaukee Brewers has announced a partnership with The Jacob Leinenkugel Brewing Co. to open the J. Leinenkugel’s Barrel Yard restaurant at the team's American Family Field ballpark next March. To be operated by concessions firm Delaware North, the new 10,000-sq.ft. restaurant will feature a working brewery with specialty beer that will be available only at the ballpark, a new 27-ft. bar and 48 brews on tap, in addition to domestic and imports available.