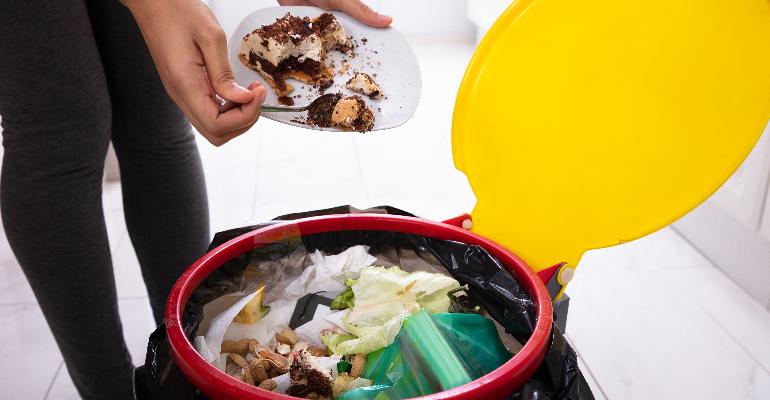 AndreyPopov / iStock / Getty Images Plus
New York Times Executive Chef Max Cavaleri says he hopes to find more uses for food’s potential and plans to focus on the educational aspect as food and its relationship with human health moves further into the forefront.
News & Trends>Business & Industry

New York Times Executive Chef Max Cavaleri puts some groundbreaking culinary ideas into action at The Food Asset Potential event, in which “scraps” from the kitchen made their way into a new terminology: “SparCs” (scraps spelled backward), and a new definition: Food that can be used!

The potential of otherwise wasted food was the focus at an event earlier last month at The New York Times Café, where Restaurant Associates runs foodservice. When restaurateurs can utilize as much of their food as possible, it’s obviously a win-win for their bottom line and the planet’s health.

The cool recipes for the Food Asset Potential event were developed by Restaurant Associates’ Executive Chef Max Cavaleri and Thomas McQuillan, food sustainability leader and VP of strategy, culture and sustainability at Baldor Specialty Foods (a partner of the café). 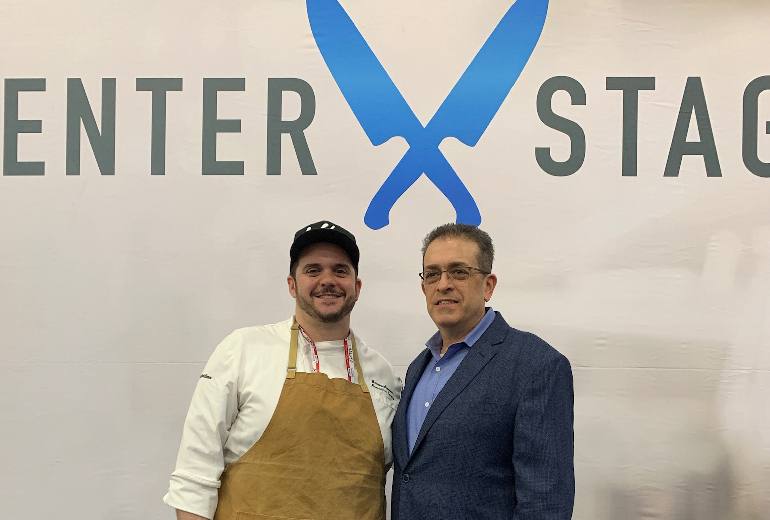 New York Times Executive Chef Max Cavaleri and Baldor Specialty Foods’ VP of sustainability are collaborating on ways to reduce food waste at The New York Times Café and beyond.

Headquartered in the Bronx with additional locations around the country and hundreds of delivery trucks, Baldor distributes produce to many restaurant and onsite foodservice clients. One of those things is a line called Fresh Cuts, processed items like carrot sticks and pineapple chunks.

“There’s a lot left over,” McQuillan says. “The ‘asset’ in the Food Asset Potential is about capturing that product and finding a use for it. For example, we take some of the vegetable scraps, dehydrate them and turn that into poultry feed.”

How to make the leap from feeding chickens to feeding people? By working with an experienced chef like Cavaleri, for starters. Before joining the NYT team with Restaurant Associates, Cavaleri has worked for Levy Restaurants at Dodger Stadium and The Staples Center, at The Plaza Hotel, Café Boulud and other famous New York City spots. 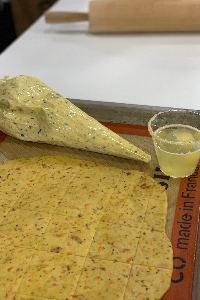 Another way to access the asset of about-to-be-wasted food is changing the perception. McQuillan says he purposely avoids saying “scraps” but instead has changed it to “SparCs” and he’s hoping it’ll catch on.

“We needed to change the narrative to change how people feel about it,” McQuillan says. “We have a tendency to waste food; we often don’t think about sending food to a landfill, but it has a significant impact on our environment and one in seven people is food insecure. If we’re a produce company that doesn’t capture unused food and feed an animal or a human being, what a shame. The Food Asset Potential is all about creating value with parts of food we didn’t utilize in the past.”

McQuillan has sold produce to Cavaleri and the two have brainstormed on how to use everything. For example, carrot peels have become a savory carrot peel cracker. Cavaleri topped the crackers with a farmers’ cheese that was getting close to its expiration date.

Eggplant caponata is McQuillan’s favorite dish coming out of this collaboration, he says. Dehydrated disks of imperfect eggplant are made by roasting them low and slow until crisp, and then topped with more perfectly imperfect produce. Because it’s basically a little plate, the eggplant disk means no plates or silverware are needed to serve this item as an appetizer. 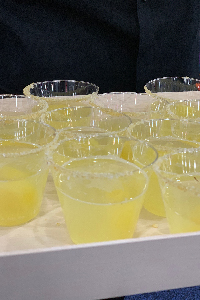 Photo: A pineapple-ginger mocktail was made with previously unused pineapple cores for ice cubes and leftover turmeric and ginger root peels for a simple syrup.

Pineapple cores, another often-overlooked piece of produce, were cut into cylinders, frozen and set aside. Cavaleri used outer-wall peelings of turmeric and ginger roots to make a syrupy tonic for a cocktail with Pellegrino water and the chunks of pineapple core to chill the drink. This could be made with vodka or gin for a cocktail or left plain as a mocktail.

McQuillan says he hopes to find more uses for food’s potential and plans to focus on the educational aspect as food and its relationship with human health moves further into the forefront.

“We want to help educate anyone managing food to come up with more creative ways to put it to work and that way you’ll find more funds to share greater value,” he says.

Editors’ note: This story was reported before the coronavirus pandemic hit. Food waste is an enormous issue, and though it might not be top of mind at present, we hope this story provides some inspiration.