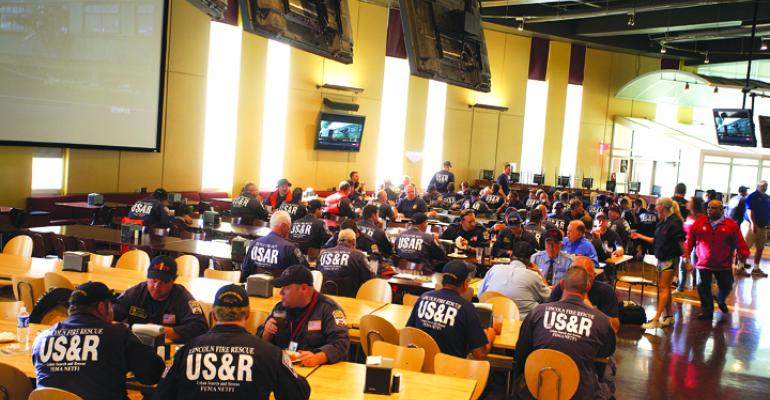 In May, the UNIVERSITY of Oklahoma opened its residence halls and campus dining operations to more than 350 people displaced by the tornadoes that left a wake of devastation in the state. The “guests” were put up in unused rooms and campus dining opened one its largest dining halls, Couch Restaurants, to provide meals for them.

Luckily, the school had finished spring term classes a couple of weeks before, so the facilities were available. It reopened shortly before the Memorial Day weekend for its usual summer schedule of classes and hosting summer camps, but the school was able to accommodate these along with those displaced by the storms.

The group included a number of children, so meals featured a strong component of kid-friendly choices like pizza, chicken strips and chocolate milk. Adults enjoyed those and other options, including a salad bar.

The school also fed first responders as well as Red Cross workers who were on hand to offer services to those displaced by the storm.
“Our school president’s wife, Molly Shi Boren, was very instrumental and very involved in the whole project, Henry says.