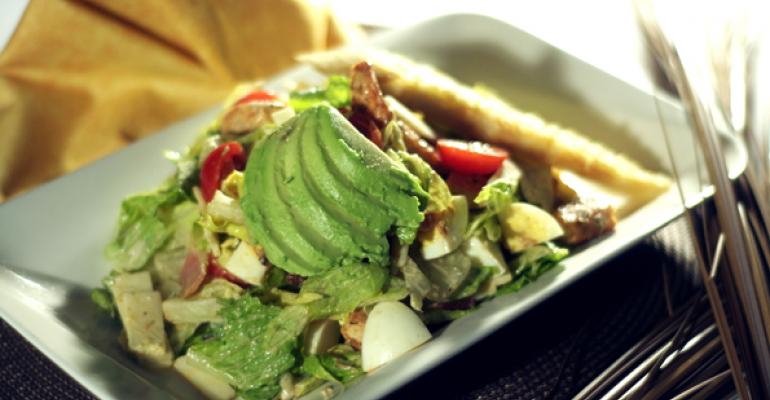 The Southern food was selling great at dinnertime—but at lunch? Not so much.

The solution came in the form of salads. Not just any salads, though: Salads that make use of those great Southern proteins and flavors. There was some risk involved, too: the salads were to be hand tossed, to order.

The salads are packed with local produce that’s rich in nutrients and antioxidants. That message is conveyed through marketing, and it seems like it hits the exact right lunchtime note.

“I thought they would do pretty well, but it’s just been amazing. Lunch sales for this concept increased 55 percent,” Perry says.

Tossing the salads to order hasn’t proved to be a problem, either, although it does take a little additional time. Two workers get the job done, and people are happily lining up, not minding the wait at all.

To keep things moving, no substitutions are allowed (except for dressings). However, customers can ask to leave ingredients out.

The vibrant salads are shown on screens in the dining hall and also featured on signage and table tents.

“I’ve seen some customers get the salads five days a week,” Perry says. “They want to stay healthy and they want protein.” Currently, calorie counts on each salad are in the works, but for now, “we focus on communicating the nutrients each salad provides.”

The success of the salads resulted in another problem (a good problem this time).

“We have been getting emails asking if we could offer the salads at dinner as well,” Perry says. So now, salads will be prepared ahead of time and packaged for dinner. Another problem solved.