“Immediately upon joining our SFSU team he raised the variety of menu offerings in resident dining, personally connected with our students, employees and faculty, brought chef led cooking demonstrations and education to students and partnered with our chefs in the district. He demonstrated incredible care for one student with severe food allergies and digestive challenges by preparing meals at the student's residence, which not only ensured safety of the food but was an opportunity to teach cooking skills to this student.”

“I would like to nominate my executive chef, Cody Combs, as a Foodservice Hero. Cody has come back to Aramark Higher Ed after a couple year hiatus and has truly jumped in full force. Cody has not only been implementing engaging ideas that have brought collaboration between our culinary team and our students, but he has also assisted our retail locations to get back to our standards. Before Cody’s arrival in September, our culinary folks were working in their silos and focusing on the day to day, but Cody has truly brought the team’s passion back to the forefront. Cody loves to highlight all of our culinary talent on campus, down to the supervisors, and these programs have brought back a sense of pride to our employees. Additionally, Cody has been a great resource for our team, whether it’s culinary related or with Aramark systems, and never hesitates to add UofL to a pilot program in order to showcase what our team is able to accomplish. Cody’s ability to engage and teach employees has a been a breath of fresh air and I can’t wait to see what he does next!”

“During the second year of the COVID-19 pandemic, Columbia University, like other higher education institutions, returned to in-person learning while putting plans into place to support the health and safety of the student and campus community. Part of this plan was to care for students during any necessary quarantine or isolation due to COVID-19. In Columbia Dining, this meant ensuring students continued to have access to nutritious and quality food offerings no matter what. Executive Chef Michael DiMartino and Registered Dietitian Alexa Gandara led a culinary team through the endeavor of producing and delivering quarantine and isolation meals to students during the academic year and even during winter break, ranging from just a dozen to hundreds of meals a day during the academic year depending on need. Meals were cooked fresh by the Columbia Dining culinary team each day and carefully tailored to individual students’ dietary restrictions for any allergies. This was an enormous operation for the entire department, involving an additional 15-20 team members, all managed while continuing regular service in the dining halls. Without Chef Mike and Alexa’s leadership on the front line with students, in the kitchen, and on site with the delivery teams, the care for our students and focus on regular operations would not have been possible.”

“In 2016, Joseph (Joe) Farrell began his career with Aramark Canada in Toronto, Ontario, at its Culinary Innovative Centre (CIC), which develops and tests recipes before deploying them to field operations and sets the standard for culinary excellence. Three years later, he and his wife picked up and moved to Halifax, Nova Scotia, so he could assume the role of executive chef for Dalhousie University Food Services.

Barely a year into his new stint, the pandemic struck and slowed his efforts to realize a vibrant and bold culinary vision due to closures or reduced hours of operation at 13 retail locations and four dining halls, as well as supply chain issues that persist, and a catering business that came to a grinding halt.

Tapping into his CIC experience and menu engineering and leadership skills, Chef Joe rose to the challenge. He rolled up his sleeves and worked alongside his sous chefs and other team members, providing ongoing training and coaching.

He also successfully fostered a positive, two-way dialogue with the client toward building and implementing menus that accommodated the ever-changing needs of the entire Dalhousie community.

‘Joe leads, trains, influences and works the line with his teams and always puts the team's and our students’ needs first. Never, under any circumstances, does he compromise the quality of our food,’ said Matthew Chang, the resident district manager to whom Chef Joe reports.

‘In April 2022, his wife gave birth to their first child—four weeks earlier than planned. While Joe was on paternity leave, he continued to work offsite, even coming in at times and remaining in communication with the team to ensure all priorities were maintained and kept on track. Anyone else would have been out of pocket but Joe stayed engaged and committed because he understood it was important that our operation continue to run smoothly.’”

“Chef Don has gone out of his way to provide gourmet food to the students. Chef takes his culinary arts very seriously and always has professional plated entrees. He has also handled many catering events that were high-level, multi-course meals to VIP clients on-campus or off-campus at their house.”

“Adam Kerr has done a wonderful job taking on his new role as the area executive chef while balancing his other role as the executive chef for Bethel University. He's offered great support for many general managers and chefs in the area. Adam has also been a trusted guide for students who have specific dietary or allergen needs and has assisted with launching a Chef's Hacks program. We appreciate all Adam has done for Sodexo for the past 13 years and enjoy his delicious baking & cooking!”

“Shawn goes above and beyond on a daily basis. He is extremely passionate about the food we serve, whether it's in the dining hall or at a catering event. Shawn shows great compassion and patience with all of his employees and peers. We are extremely lucky to have him as our leader!”

“Sebastian is the ultimate ‘man behind the plate’. Sebastian is our catering sous chef here at SUNY Plattsburgh. From menu conception to pushing the envelope with presentation and offerings Sebastian is fully engaged from the start. During COVID, when student gatherings were few and far between, Sebastian saw this as an opportunity to build experiences within the restrictions that were in place. Sebastian created menus and events within the confines of our restrictions, always pushing a sense of normalcy for our students, staff and faculty. Moreover, Sebastian championed our Isolation and Quarantine meal program, cooking, organizing and delivering over 10,000 meals to our students, never missing a beat. Moreover, during this time Sebastian completely rethought our Rooted (plant based) station, offering fresh and new options for our students, all in the middle of the pandemic. Sebastian exemplifies being a person for others, always looking to contribute and grow our operation into the best that it can be. He takes a challenge and turns it into opportunity, always looking to make a positive mark on all those that he interacts with.”

“Rigoberto is a supremely talented chef who has invested tremendous time and effort into training his catering culinary team, as well as members of the resident dining culinary staff. He is known for his exceptional food and presentations, particularly those prepared for the president of the university and other VIP events, and he takes the time to share his knowledge and skill with the rest of his team. He is an innovator, creating custom recipes and menus for a broad range of dining events. He is extremely dedicated. Besides the many hours he spends on his catering events, he still provides great support to the rest of our dining operations. He does everything from cooking at our Campus Grill, to planning menus, to meeting with students, to washing dishes!”

“Maureen is the backbone and the glue that holds our operation together.  She is compassionate and always willing to learn. She has dedicated herself to feeding the students of Stevens Institute of Technology for over 30 years. Maureen has worked her up way from a cashier to executive sous chef and looks forward to being in charge of our newly constructed restaurant on campus.”

“Michael is a tireless, innovating, passionate chef. His ability to work under extreme labor conditions, with out-of-stock items, in high-end catering while mentoring his employees and having a great relationship with the students with his calm, smooth demeanor is refreshing. His creativity and forward-thinking food ideas make my job easy. Thank you for considering Michael.”

“Blair continues to lead by example and mentor everyone who works with him. A consistent and reliable leader who is incredibly dedicated to both the job and his team, Blair mentored me over the 2020-2021 year as I filled in an operations management role and taught me more in one year than I believed possible. He continues to lead his culinary team by example while being someone every single employee looks to for guidance and support. Aside from being an expert in everything ‘kitchen’, Blair supports the entire team to be successful while constantly innovating and exploring the latest and greatest.”

Aramark at the University of Cincinnati

“Chef Jonathan Torok does whatever it takes to help our business succeed. He sacrifices his own time to selflessly ensure that University of Cincinnati Dining Services provides the best product for our guests. Chef JT moved to Cincinnati from Detroit after the pandemic to help serve our students when we were understaffed. Chef JT continues to put the business before himself throughout all of our staffing shortages. I cannot imagine our campus without thinking of Chef JT.”

“Andrew has been essential in all areas of transitioning operations for Harvard University Dining Services’ newest location, Harvard Law School. His unique management style and flexibility have played a pivotal role in the success of the operation over the course of the academic year. His menus are directly inspired by daily interactions with members of the community and staff at the Law School. He is driven by constantly making the community around him a better place through his menus and management style. He helps to motivate the team through his culinary experiences and institutional knowledge. A true leader and creative inspiration.” 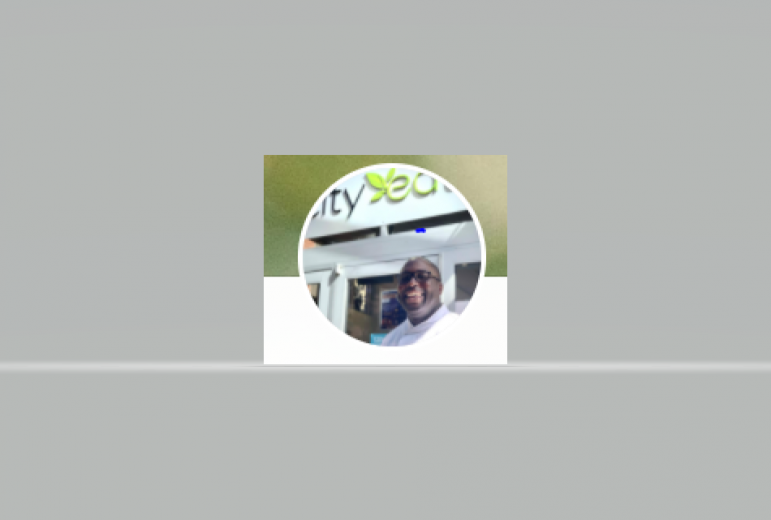