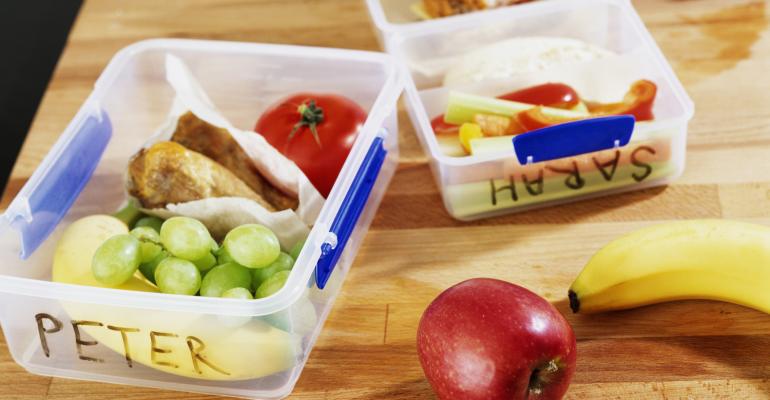 Jonathan Knowles / Stone / Getty Images
Wake County Schools in North Carolina, one of the largest districts in the country, has alerted families at more than 30 schools that a possible severe staff shortage may mean meals won’t be provided on Tuesday, Nov. 16, due to a possible labor walkout.
News & Trends>Colleges & Universities

This and Virginia Tech approving a resolution to increase spring meal plan costs are some of the stories you may have missed recently.

Wake County Schools in North Carolina, one of the largest districts in the country, has alerted families at more than 30 schools that a possible severe staff shortage may mean meals won’t be provided on Tuesday, Nov. 16, due to a possible labor walkout, and strongly encouraged students to bring their own food with them. The protest came the same day that the school board planned to vote on giving an additional $3,750 in employee bonuses on top of the $1,250 bonus approved earlier this month after it had already voted to raise the minimum salary for support staff, including cafeteria workers, to $13 an hour. However, the Wake County chapter of the N.C. Association of Educators says the new round of bonuses isn’t enough and wants the board to take steps like implementing a minimum $17 an hour salary for support staff.

In its most recent full meeting, the Virginia Tech Board of Visitors approved a resolution to increase student meal plan costs for the spring semester. The increase was necessitated by workforce shortage issues which the university addressed with a market alignment for rates of pay necessary to attract and retain Dining Services workers needed to maintain current operations and service quality, according to the Board's press release.

An emergency inspection of the cafeteria at Reading Hospital in Pennsylvania prompted by an individual suffering an allergic reaction to eating an ahi tuna poke bowl found that “at the time of inspection the facility was operating an onsite sushi preparation location without a valid retail license,” according to the report filed in the agriculture department’s food safety database. The vendor in question, TTT Star Sushi, had been operating in the hospital cafeteria for an unknown time under its own retail license rather than under the auspices of the Reading Hospital license as required by law.

“The responsibility was not with the hospital to obtain the license, but was the responsibility of TTT Star Sushi," said Shannon Powers, press secretary for the Department of Agriculture. "The facility erroneously believed they could operate under the hospital license and was issued a warning letter for operating without a license.” Powers noted that TTT Star Sushi was not shut down because the operator immediately completed an application form for its own license and none of the violations observed during the inspection were imminent health hazards.

Chartwells Higher Ed, the food service provider at Texas A&M University, is planning to open a major dining venue on the school's West Campus in January that will include Chick-fil-A, Shake Smart, Houston Street Subs and a Copperhead Jack’s units. Following that opening, Chartwells plans to turn the existing Ag Cafe into a Starbucks and a self-serve marketplace that will also have sushi.

As more travelers return to airports as COVID-19 vaccinations proliferate and travel restrictions around the world ease, airport concessionaires are reopening more locations while maintaining health and safety protocols. That's the case at Louis Armstrong New Orleans International Airport, which according to 2021 J.D. Power Customer Satisfaction Survey ranked number one in customer satisfaction among large airports with the highest ranking in food, beverage, and retail and currently has more than 80% of its concessions in its terminal open and offering expanded hours of operation.