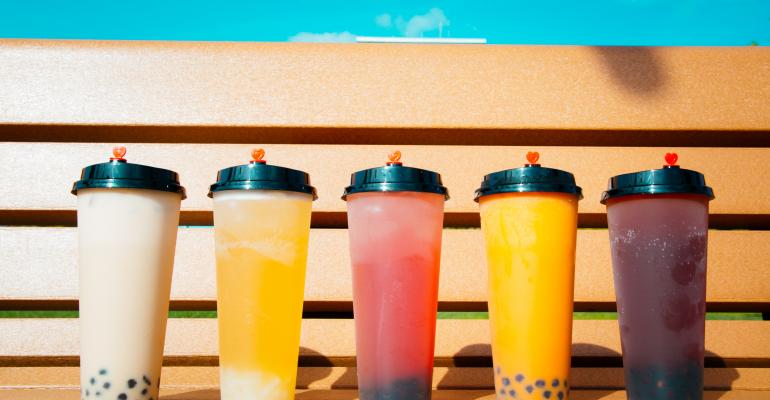 New York’s Binghamton University has a new bubble tea concept on campus—and a former student is running the show.

2nd Heaven offers a variety of custom, made-to-order bubble teas in the university’s MarketPlace. It was founded by Leighton Blackwood, a former student with BU’s School of Management, who was looking to recreate the experience of grabbing bubble tea with friends back in New York City, where he grew up. “It’s not just a drink. It’s the center of a social event,” Blackwood said. Instead of taking a bus to find bubble tea off campus, why not have a place where you can get it at school?

Blackwood started shaping his idea for an on-campus bubble tea outlet with business partner Darren Shi three years ago, while they were still students. After initially reaching out to the university president, Blackwood connected with Jim Ruoff, District Manager at Sodexo, who helped Blackwood fine-tune the concept. “There were multiple stages in his journey that he would check in with us, from his first run of the business plan to when he was working on his recipes and menu to finally when he was operating at another venue locally,” Ruoff says. “Throughout the process he would ask for insight as to how he was doing and we would give it.” 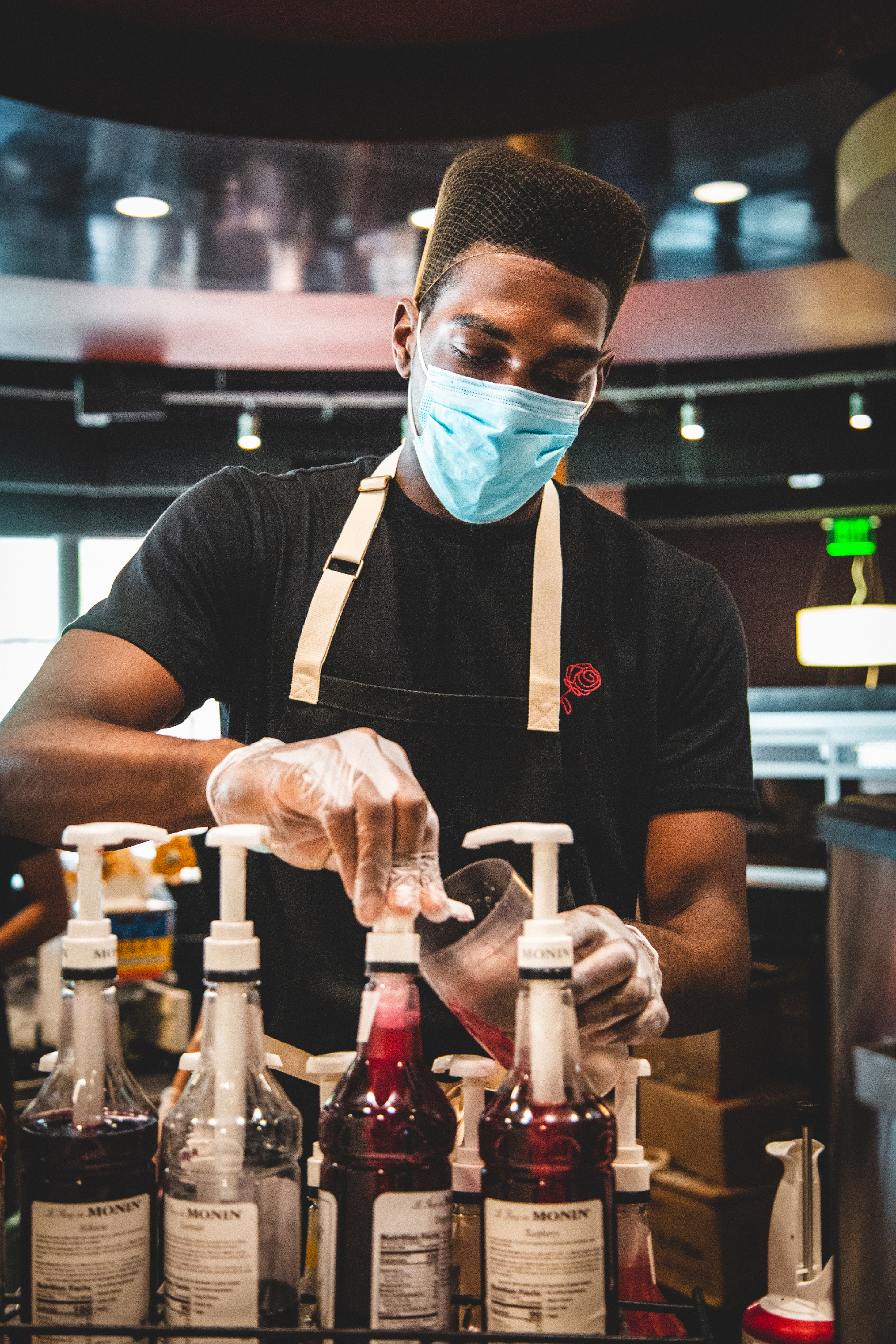 Creating and testing the recipes was a five-month process. “A lot of bubble teas, they’re powders where you add hot water. We didn’t want that. We wanted to craft a drink around the tea,” Blackwood says. Using his own flavor preferences as a starting point, he solicited feedback from other students to develop offerings based on real black or green tea, which is brewed in bulk, and can be prepared to order in up to 30 different combinations.

Students can choose from rich and creamy milk teas, dairy-free fruit teas, and hot or iced teas. Any drink can be paired with a topping of sweet and chewy tapioca-based Boba pearls or fruity lychee jelly. (Students looking for plain tea can skip the Boba pearls or lychee jelly.) “It’s a modular system with about 30 combinations,” says Blackwood. “Over time we can expand to more.” The most popular flavors are Rose Milk and Lavender Milk, he notes.

Offering the tea at a local farmer’s market gave Blackwood the chance to try out the idea in the real world. This fall, he was ready to open 2nd Heaven in the university MarketPlace and give Binghamton students a new option to sip and socialize. “With the demographics of our university this is something that was lacking not only in our offer but our community,” Ruoff says. “2nd Heaven really addresses that need.”

2nd Heaven operates similar to how a food vendor would operate in a mall food court. “The operation is completely owned and run by Leighton. He handles the staffing and the majority of his employees are students. The only support we give Leighton is a cashier so he can have access to meal plan related funds,” Ruoff explains. Instead of charging Blackwood rent to operate within the university space, Sodexo retains a percentage of 2nd Heaven’s sales.

Though it’s been open for less than two months, 2nd Heaven has already proved a big success. “We’ve received overwhelming positive feedback,” Blackwood says. Sales numbers have been high, students have approached Blackwood with enthusiasm for the whole idea of alumni-run operations. “Students are saying they really love the drinks, but also are excited by what we’re doing. We’re not just the products that we’re selling, we’re also the story of student entrepreneurs,” says Blackwood.

Ruoff and the university plan to expand their work with business-minded students looking to launch new food products with a soon-to-open Food Maker’s Space in the newest campus dining hall. “Our students are entrepreneurs. We look forward to students trying to create the next big thing,” he says. “But most importantly we try to let them know how much work this is and look for the determination in them to succeed.”

They’ve certainly found determination in Blackwood, who is building 2nd Heaven with an eye towards the future. “My plan is to stay with this and expand within the university, and possibly to other universities,” he says. “I see this as my own baby. I want to nurture it and grow it into something bigger.”