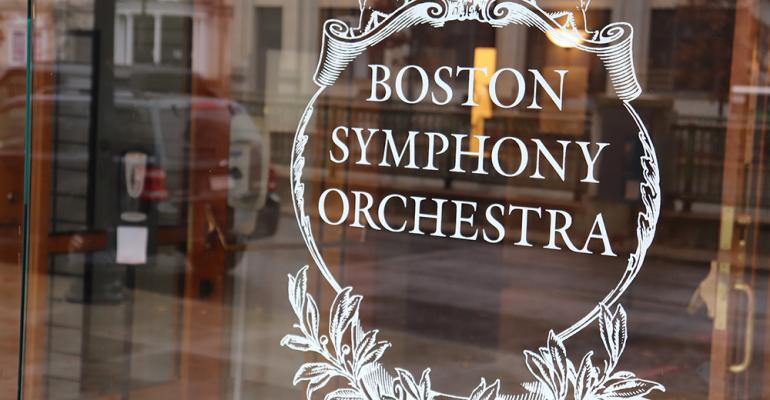 Located a brief five-minute walk from the Northeastern University (NU) campus, Boston’s venerable Symphony Hall has become a most unlikely dining outlet for NU students and staff as the concert venue’s dining is operated by the same company—Chartwells—as operates dining on the university campus. Granted, it is somewhat higher-end fare: lunch features selections like vegan cranberry quinoa salad, pear and walnut salad, and a variety of warm, pressed chicken or veggie paninis while dinner options range from warm entrees like roast beef with steamed asparagus and potatoes to chicken Parmigiana sandwiches, plus a variety of sides such as steamed green beans and long grain wild rice.

While everything is packaged for takeout, there is a dine-in option in which one can sit and eat while surrounded by over a hundred classical music instruments, some a couple of hundred years old. Open every day for lunch between 11 a.m. and 3 p.m. and dinner between 4 p.m. and 7:30 p.m., the dining venue—located in the Hall’s Cohen Wing that traditionally hosts high-end catered events—has socially distanced seating for 68 and features the same safety precautions as other NU dining venues with hand sanitizer stations, tables regularly wiped down and floor decals to remind of proper spacing.

Symphony Hall was tabbed as a likely additional dining spot for NU students when the school and Chartwells were looking for more dining venues to spread out diners in the wake of the coronavirus pandemic. It already had the seating and the space plus the kitchen operation headed by Chef Nick Frohne.

Since the start of the semester, Symphony Hall has seen as average of about 200 diners, with the noon hour being the busiest and takeout being the preferred option despite the lure of the historical ambiance for onsite eating. The most popular selections have included salads such as cobb, the super garden salad with quinoa and the Greek salad with champagne dressing; sandwiches such as the roast beef & cheddar on a pretzel roll, the chicken bacon club, the vegan Buffalo cauliflower wrap and the chicken Parm panini; and snacks like the Buffalo bites, cheese and grapes, baked zucchini bites, a protein power snack box and fresh veggies with Greek yogurt dip.