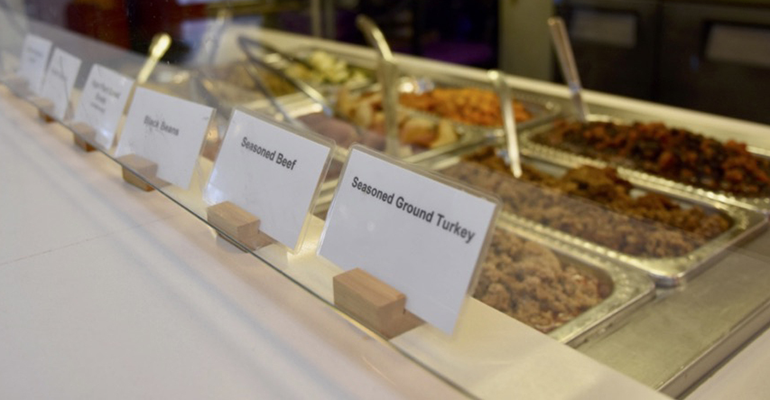 BowlLife was chosen by students to replace a Latin food station and it resulted in a sales increase of nearly 50% at the site.

Modern college students have demonstrated a preference for a number of things when it comes to dining choices, among them customization and a choice of plenty of fresh ingredients with healthful profiles.

That was certainly the resounding message when the Chartwells team at Quinnipiac University did one of its Voice to Vision surveys last year asking students what kind of food they would like to see added to the campus dining mix. The overwhelmingly popular choice was a bowl concept called BowlLife, which debuted at the beginning of this year in Quinnipiac’s main dining facility, Café Q, replacing a Latin food concept called SONO.

Promoted via Facebook, Instagram, Twitter, email blast, TVs across campus, monthly newsletter and the school newspaper, BowlLife generated a 47% increase in sales and a 36% increase in participation at the station since its debut, with some 600 students a day enjoying the concept’s customized bowl dishes. 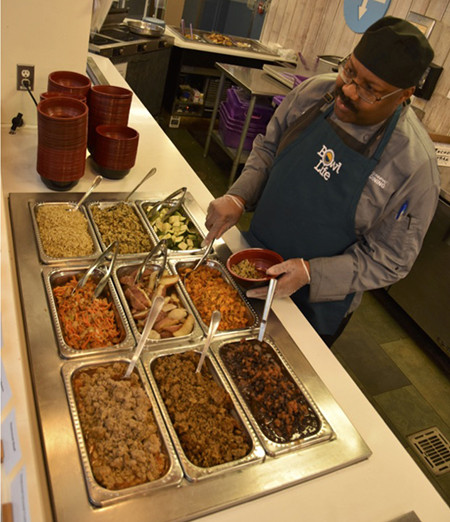 BowlLife replaced a Latin food station and proceeded to draw over a third more customers to the station per day.

“The customer response has been extremely positive,” says Morgan Watson, marketing manager for Chartwells at Quinnipiac. “The students are excited to have a new concept where they can completely customize their meal.”

She says she gets a lot of positive feedback from students who appreciate having a place to go where they can construct an individualized combination of healthy ingredients such as grains like quinoa, fresh vegetables and proteins like grilled chicken. She gathers the feedback in part by doing table touches throughout the day.

“We are targeting the consumer that is focused on health and wellness along with the students that enjoy customizable options,” Watson notes. “Our goal was to keep the students excited with their dining options as well as give them a voice in what is offered. In our recent Voice to Vision survey we had a substantial number of students requesting for more healthy options [which] BowlLife addresses” in addition to adding to Café Q’s diversity of dining choices.

In keeping with the concept’s emphasis on healthy options, the station has also incorporated Meatless Mondays at the suggestion of Quinnipiac Dining’s sustainability intern, Sabrina Escobar. By skipping meat once a week, BowlLife encourages students to reduce their carbon footprints and also educates them on how they can get protein from other foods such as vegetables, nuts, beans and grains.

Every Monday, the dining team posts information on social media about why students should participate in Meatless Monday at Bowl Life with messages such as “Cut Broccoli, not rainforests. Protect the rainforests from becoming land for grazing cattle. Eat more plant-based meals. Good for you. Good for the planet.” and “Save water. Producing ¼ pound of hamburger requires an astounding 449 gallons of water. Preserve our water sources.”