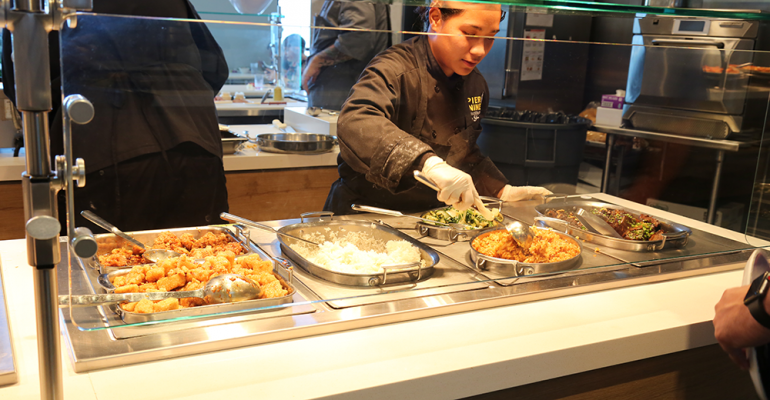 James Beard Award-winning celebrity chef Sam Choy, a pioneer in bringing Pacific Rim cuisine to the U.S., this past August opened one of his newest dining locations—Pier Nine by Sam Choy, which specializes in Hawaiian regional dishes such as poke bowls and braised short ribs alongside more mainstream choices.

The location? Inside the Aloha Tower Marketplace on the campus of Hawaii Pacific University (HPU), where Pier Nine serves as HPU’s main dining facility for students and staff. To manage the volume required of such a function, the 142-seat Pier Nine serves an all-you-care-to-eat buffet-style menu that changes by day and by daypart.
“We were looking to build student dining at Aloha Tower and thought it would be a great idea to find a famous chef to put his or her name on it,” explains Sam Moku, vice president of university relations, “so we reached out to Sam Choy and asked him if he was interested and if so, to come in and share his thoughts.”

It turned out that Choy was indeed quite interested as at the time he did not have a restaurant in Hawaii. 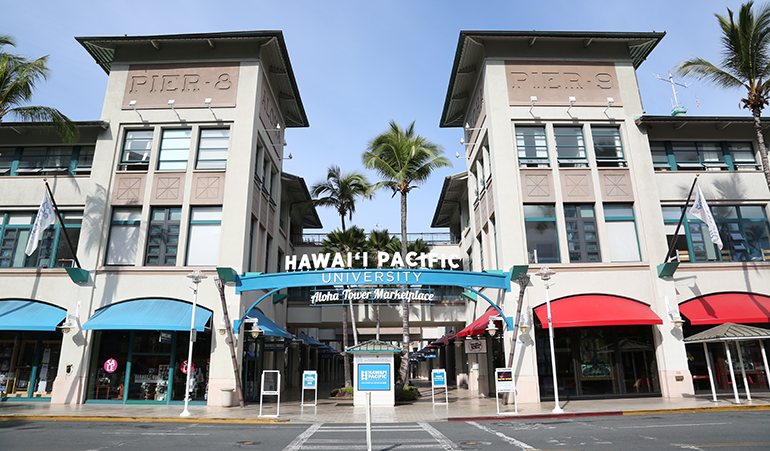 “I think he felt that doing this partnership instead of building out a restaurant would be a great way to get his name back in front of people here,” Moku observes.

But rather than designing a traditional sit-down restaurant, Choy, in partnership with HPU and its dining services provider Aramark, developed Pier Nine as a cross between a specialty cuisine dining destination and a traditional campus residential dining center.

“It’s actually an interesting hybrid,” notes Marites McKee, assistant vice president, dean of students and Title IX coordinator at HPU. “It’s not a true restaurant but not a true, 100 percent student dining [center] either. Rather, this is a partnership to highlight Hawaiian regional cuisine that [Choy has] made famous [but also something that’s] still able to cater to our university students and staff.”

The restaurant—or whatever it is—sits in a prime location, she adds. “It’s our anchor of the campus in that it’s in a very community-oriented space that brings in [individuals] from outside the campus. The location itself, the partnership with Chef Choy and what we’re doing as a university and partnering with Aramark is kind of the perfect combination.”

Aramark has day-to-day management of Pier Nine, “but Sam comes in at least two or three times a month to ensure the quality, the type of foods that are being served to his standards,” Moku notes. “He’ll spend a lot of time with the chef and he pretty much has his hands in how the menu is put together. He definitely has a big say in the look, feel and taste” of the restaurant. 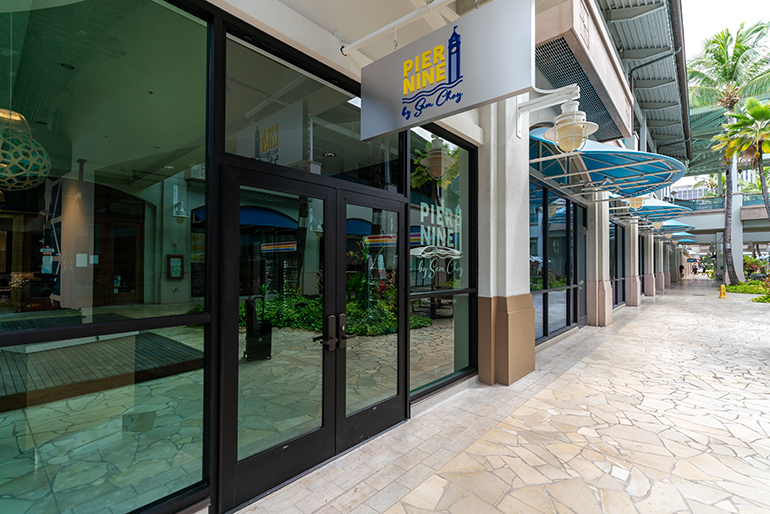 Pier Nine is open to both students and individuals from the surrounding community.

There is always a Chef Choy creation on the menu, which is then supplemented by various college dining-type selections ranging from salads to deli sandwiches, burgers and wings.

Poke bowls are a signature and Poke Bowl Wednesdays a highlight, McKee observes. Other favorites include braised short ribs, garlic chicken and a Wagyu burger.

Some 360 students live in the Aloha Tower Marketplace complex and they can use their meal plans at Pier Nine. It’s open from 7 a.m. to 8 p.m. and then again from 9 p.m. to midnight Monday through Thursday and 8 p.m. to 10 p.m. Sundays. 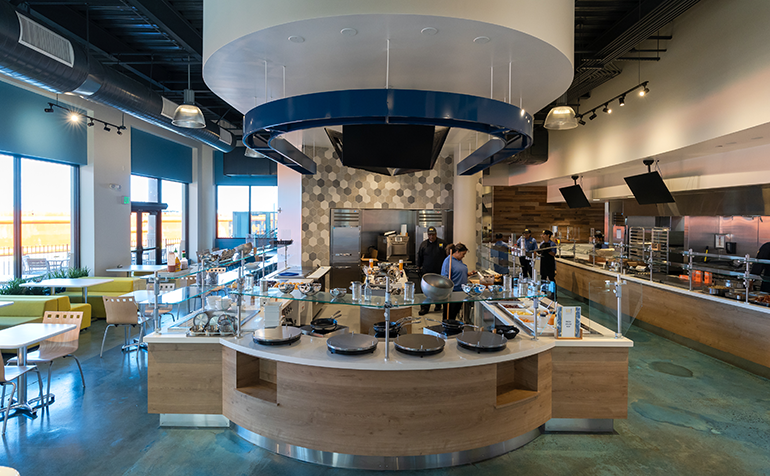 The modern servery operates as a buffet-style all-you-care-to-eat restaurant.

Aloha Tower dates back to 1926 and was Hawaii’s tallest building for decades. In the 1990s the facility was refurbished and expanded to serve as a kind of mixed-use retail space. HPU took it over in 2015, converting part of the complex into residential spaces for students. The space now occupied by Pier Nine used to house Don Ho’s Island Grill.

HPOU is a private university with an enrollment of around 4,000, a quarter to almost a third of that coming from overseas. Pier Nine sees an average of more than 600 diners daily. 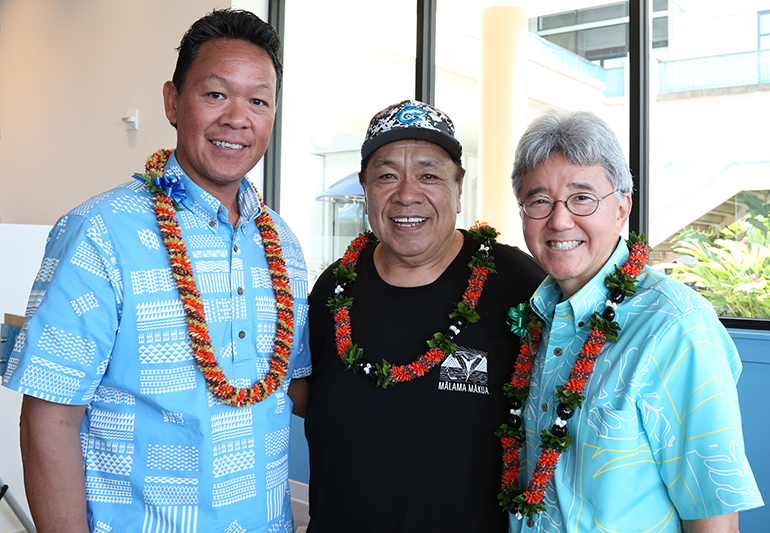