The Cool New Concepts at Case 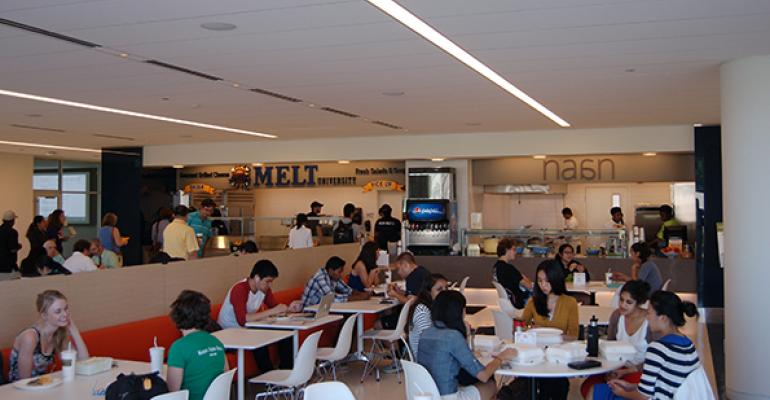 As students and professors return to Case Western Reserve University’s urban Cleveland campus to get back to their academic work, they’re also finding an expanded food curriculum. They’ll learn about one of Cleveland’s most beloved cult-favorite grilled cheese places with Melt University; they’ll taste the spices of India at Naan; they’ll customize a chopped salad at 8Twenty6; order a prosciutto and peas pizza with béchamel sauce at Pinzas; and if they have time, sit down at the affordably upscale student-named restaurant, Michelson & Morley.

These concepts are inside the newly constructed Tinkham Veale University Center on the Case Western Reserve University campus. The sleek new building is located within a hub of Cleveland activity—the orchestra plays at Severance Hall, just across the way; the cutting-edge medical community is nearby at University Hospitals and the area has a lot of  Cleveland’s culture: museums, gardens and more.

The new concepts are poised to appeal to the neighborhood as well as the campus.

Here’s a look at each new concept.