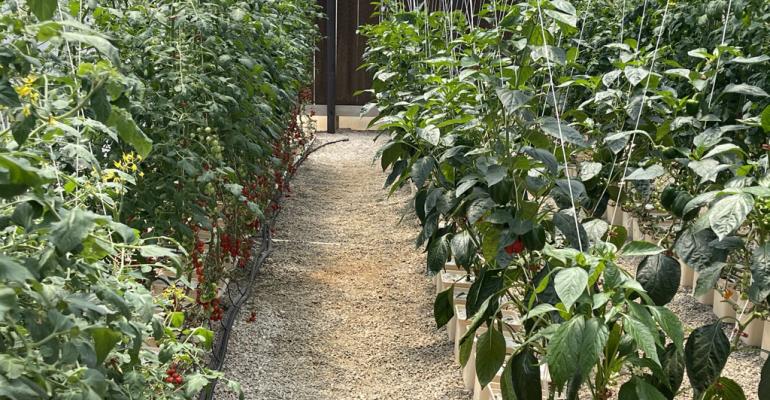 The container gardens are part of the university’s future 16-acre Transformation Garden, a hands-on demonstration garden that will showcase a medley of sustainable farming techniques.
News & Trends>Colleges & Universities

Every week, starting this fall, the central dining facility at Auburn University in Alabama plans to source about 250 pounds of mixed salad greens from the campus agriculture program.

The greens, which are already in production, are unusual—and not only because the colorful mix of greens will be tested and selected by agriculture students. These greens are grown en masse using the latest technology—without sun or soil—inside converted shipping containers.

Auburn owns and operates four such containers. Inside each, vertical walls of greens alternate with LED-studded walls. Water, fortified with nutrients, flows continually over the plants’ root systems until they’re ready to harvest. The system uses only about one percent of the water used for soil-grown greens.

The project is the first phase of the university’s 16-acre Transformation Garden, a hands-on demonstration garden that will supply food for campus diners and showcase a medley of sustainable farming techniques. 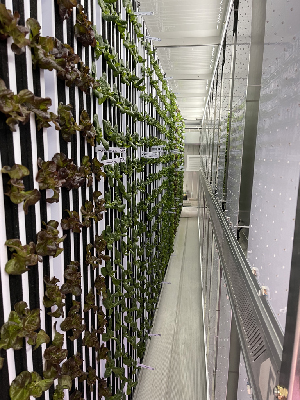 Photo: Students are testing an impressive variety of greens, including 19 varieties of lettuce and six varieties of spinach.

“How do we conserve and prize the resources we have but also consistently produce food to feed ourselves and our fellow citizens?” he asks. “This demonstration of a more sustainable, futuristic food system is something I’m very interested in.”

Loughridge and his colleagues at the College of Agriculture were already harvesting tilapia and vegetables for campus dining services from the university’s aquaponics project. The five-year-old program uses nutrient-rich wastewater from the operation’s fish tanks to nourish greenhouse crops such as tomatoes, bell peppers and cucumbers.

Adding the shipping container gardens skyrockets the capacity of agriculture students to grow food on-campus consumption; a container yields 15 times that of a traditional farm on the same footprint.

Each container can house more than four thousand plants at once. Student operators maintain temperature, humidity, light and even carbon dioxide levels, monitoring and regulating each environment through an app that pairs with the system.

Students are testing an impressive variety of spring greens and cool-weather greens, including 19 varieties of lettuce, six varieties of spinach and multiple varieties of cilantro, kale, pak choi and arugula. Loughridge is looking forward to serving wasabi arugula, a sharp variety destined for wasabi pesto and a special aioli. They’ll also use the greens for traditional basil pesto and kale slaw.

Produce from the aquaponics greenhouse will be served to diners as well: peppers tossed into fajitas, tomatoes processed into marinara and cherry and grape tomatoes combined with greenhouse basil for caprese salads.

Because the shipping container gardens increase their capacity to grow hyperlocal produce, they also help the dining program meet one of its major sustainability commitments: to source 20 percent of their food purchases from producers within a 200-mile range of the university. 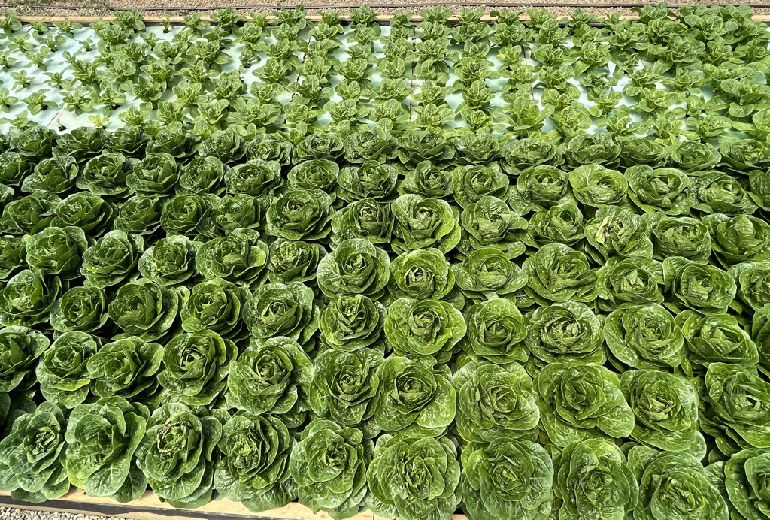 This fall, the central dining facility at Auburn University will source 250 pounds of campus-grown hydroponic mixed salad greens every week.

This fall, the greens will go to the university’s new $26 million dining hall, which includes an 800-seat all-you-care-to-eat venue. The new venue gives them a greater opportunity to market the student-grown greens using signage indicating that they were recently harvested and grown on campus.

In two or three years, they expect the Transformation Garden to be fully functional. But Loughridge and his colleagues are already looking much further ahead. In the long term, they want to keep testing plants and fine-tuning the container-to-plate model so they can share what they learn with local farmers and make an impact on agriculture across the state. 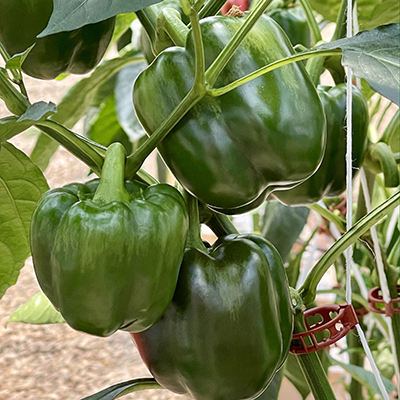 The whole point of exploring vertical hydroponic farming, Loughridge explains, is to demonstrate how such a system would figure into the marketplace for the good of Alabama farmers. Knowing that local sourcing is difficult for any large-scale customer—such as a university or a school district—they hope to show farmers new options so they can expand their growing seasons, connect to new markets and increase their incomes.

“We’re not here to compete with them,” Loughridge says. “We’re here to show them how they can maybe optimize their own operations.”

Loughridge is hopeful that the program, once established, will have an impact on farmers and diners and give students opportunities, too.

“This is a place of ideas. It’s such an opportunity to try new things and maybe find a way to do things a little bit differently, not just in our little ecosystem, but to have a greater impact on the state and on the world,” he says.

“We want the next generation to see what’s possible and then to take that on. I don’t feel like we’ll ever be finished. There will always be new things to do.”