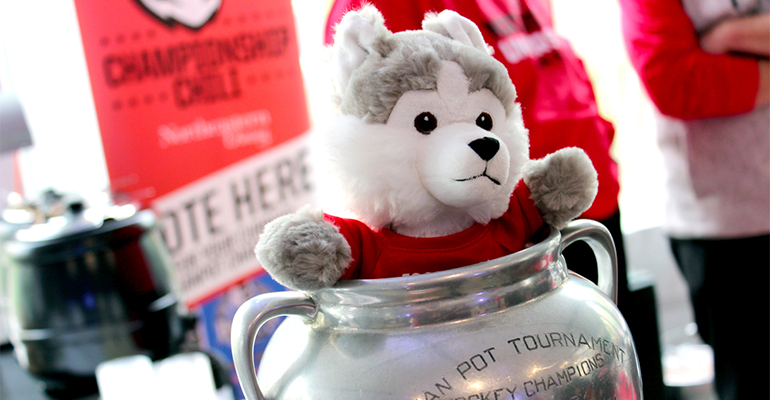 They don’t call Boston “Bean Town” for nothing. That was obvious during the recent vegan chili cookoff, the premier event of this year’s Let’s Talk About Food Festival at Harvard University. Before heading to the festival, the Northeastern University dining team tested several versions of meatless chili for the competition, which was sponsored by Bush’s Beans.

The initial inspiration for Northeastern came from the flavors of chipotle, bourbon, pumpkin and even Buffalo-flavored quinoa. They named the final product “Championship Chili,” (nothing wrong with a little confidence, right?), referring to the men’s hockey team’s 2018 Beanpot victory. 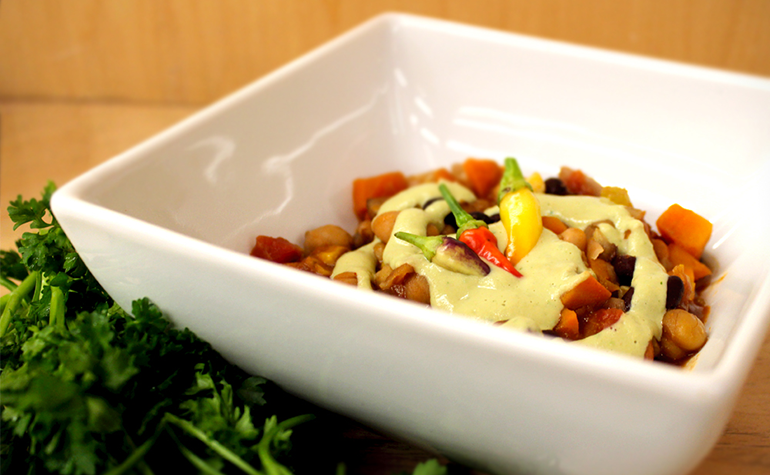 The confidence paid off, as festival attendees voted Championship Chili (left) their favorite. The winning bowl contained four varieties of bean and cremini mushrooms as the base with fire-roasted tomatoes, charred corn and pickled jalapenos spicing things up in the pot.

“Our secret weapon that led us to victory was our cashew ranch sauce,” the team said in an online statement about the win. The vegan sauce was served in a mini pipette, allowing lucky festival attendees the chance to drizzle the sauce on their chili, adding a fun interactive piece (and cool relief from the caliente flavors of chipotle and jalapeno).

Since the sponsor was Bush’s Beans, the famous dog from commercials was on hand at the festival, and got along just fine with Northeastern’s husky mascot, Paws

Try the winning chili recipe for yourself. 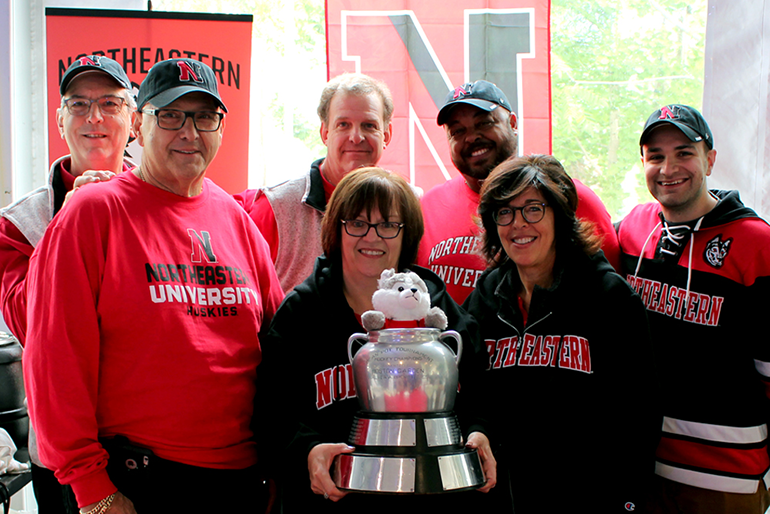