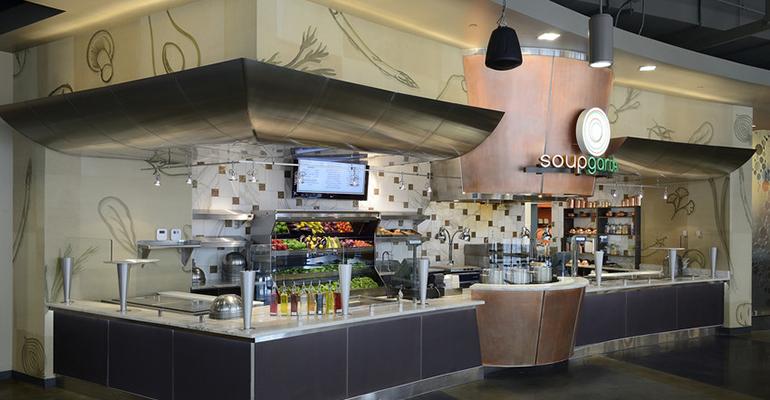 The Soup Garden is a place where students can eat soups that began as a seed on the campus farm.
News & Trends>Colleges & Universities

A campus farm supplies 24 different soups for the Soup Garden concept for the perfect merger of agriculture, preservation and a whole lot of corn chowder.

The students aren’t the only ones craving fresh produce from Virginia Tech’s 6.5-acre farm; deer and even bears were harvesting the bounty. Until, that is, an 8-foot fence was built to keep out the neighbors and keep in roughly 80,000 pounds of produce, which is used for dining, specifically a soup concept called the Soup Garden.

“When I first started, the farm was more of a garden—just small amounts of product, never enough to use—but the last few years we’ve started to focus on larger production,” says Mark Moritz, executive senior chef at Turner Place (the college’s flagship dining venue), who has been overseeing the sustainability program with Homefield Farm along with Blake Bensman, sustainability manager.

Related: Planting the seeds for farm to school

Part of the draw is students’ interaction with the farm, whether it’s as an agriculture student actually working on the farm, or just as a customer at the Soup Garden.

“The students gravitate toward the idea of, ‘I knew this when it was a seed,’” Moritz says. “They’re wanting that transparency just in general, to see how does this all work and how does that impact your campus as a whole.”

Another advantage of the high volume of produce is the ability to cook fresh. “The kitchen staff like [the fresh produce] because it takes a lot less energy to prepare something that was harvested days ago, instead of weeks…the cooking time, and the flavor…it’s just 10 times better.”

From planning the rows of seeds to plant in the spring (corn for corn chowder, etc.) to harvest in the summer, the dining team is in constant communication with the farm during growing season. When the super-fresh ears of corn, tomatoes and more are ripe and ready, they’re transported to a cold storage area, processed, then taken to the chefs.

The Soup Garden features a seasonal rotation of soups, but one that’s always on the menu—and can sell portions in the thousands per day—is tomato basil soup, which is based on an ancient Roman recipe that includes breadcrumbs, another nod to the “waste not” ethos.

“It’s a vegan soup, and we use tomatoes from the farm and sourdough bread,” Moritz says. “The breadcrumbs thicken the soup, and then we finish it with basil and olive oil because it’s such a low-fat soup. Whisking in olive oil gives it a better mouthfeel.”

Each day, there’s at least one vegan and one vegetarian soup, and usually a chicken or beef soup made with halal products. Stocks and bone broths are made in-house. Other soups have included corn chowder, cream of mushroom, cream of asparagus and Brunswick stew. Students have been avid to try all the soups, “we don’t have any clinkers in the bunch, and they all sell,” Moritz says.

In the first months of fall, when the weather is too hot, zucchini comes to the rescue for gazpacho. Through more planning, harvest is extended, and blast freezers and cold storage are used so the produce can be used all year.

In addition to the Soup Garden, some of the produce from the farm can be found at a campus farm stand. What’s next for the dining-agriculture partnership? Bee hives, with a goal of pollination for the crops and honey for use on campus. 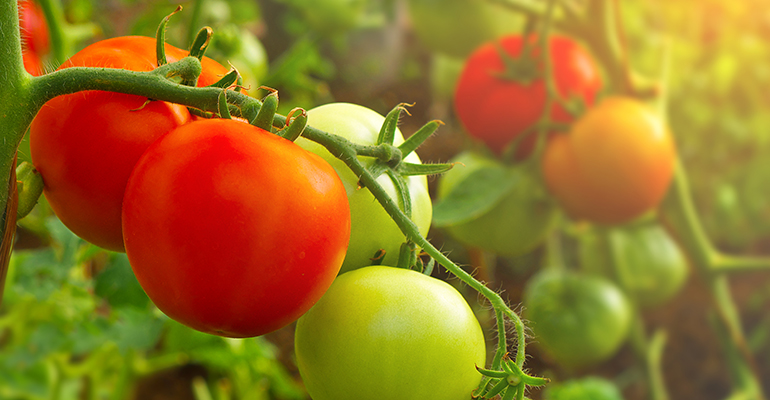 One On One With: How dining at the University of Rochester plans to approach the spring term
Jan 22, 2021