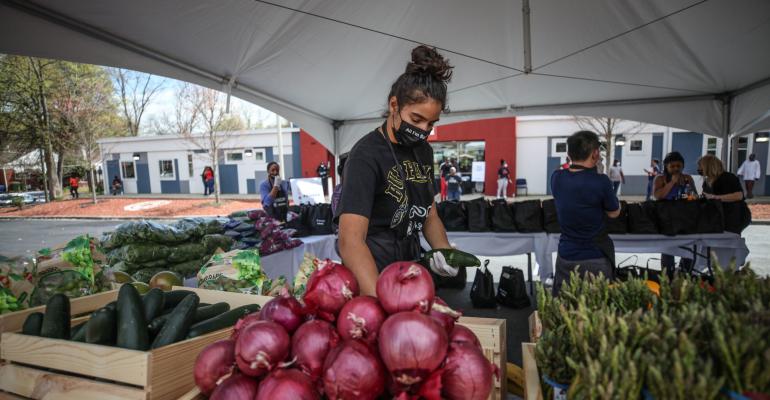 A recently forged partnership between SodexoMagic and food recovery firm Goodr aims to solve the persistent challenge of food insecurity.

First, a bit of background: SodexoMagic is a joint venture formed in 2006 between Magic Johnson Provisions and Sodexo that provides non-commercial food and facilities management services. It was formed to empower the communities it serves by hiring locally and buying from minority and women-owned businesses. Goodr is a food waste management and hunger relief company that leverages technology and a nationwide logistics network to combat hunger and reduce food waste. The company’s hunger relief solutions include popup grocery stores, grocery delivery and student snack packs for food-insecure communities. The grocery stores provide fresh produce, meat, grab-and-go products and shelf-stable goods at no cost.

Through the partnership, SodexoMagic intends to offer a combination of these solutions, initially across college campuses and later to corporate accounts, healthcare facilities and other locations. Using Goodr’s technology and distribution nentwork, surplus food from SodexoMagic clients’ operations will be delivered to populations that are in need. 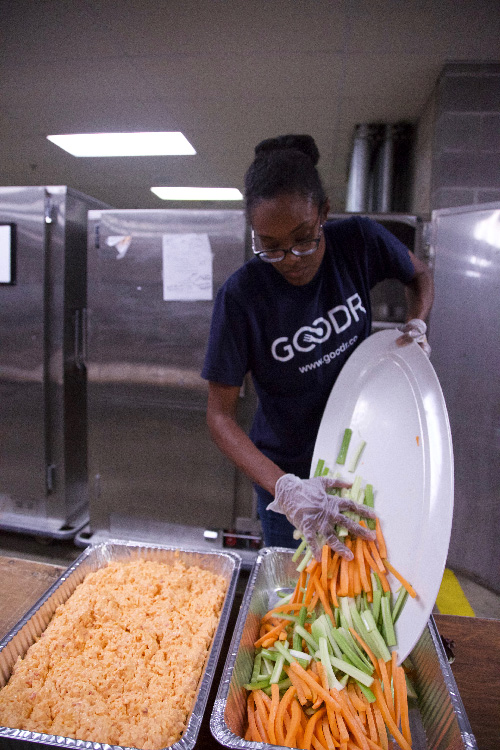 Photo: SodexoMagic clients in Boston and Dallas are likely to kick off the food recovery aspect of the company’s partnership with Goodr.

Food insecurity has spiked during the pandemic, with certain populations hit especially hard. According to estimates by Northwestern University, as recently as 2020, 27.5% of households with children were food insecure. A 2021 study by Duke University found that nearly three-fourths of students at Historically Black Colleges and Universities in the Southeast had experienced food insecurity during the past year.

It’s no surprise, then, that one of the first initiatives of the SodexoMagic-Goodr venture will be installation of snack pantries on campuses of SodexoMagic’s college clients.

“We know college students have very nontraditional hours,” says Robbi Stiell, vice president of business development for SodexoMagic. “They spend a lot of time awake late at night. They have access to very structured meals, but maybe not late at night. We wanted to create something that would bridge that gap.”

Goodr is still working out details of the pantry design, but Stiell says students will be able to access snacks using their dining hall cards. Pantries will be a scaled-down riff on the grocery stores that Goodr operates and be located in easily accessed central areas. The pantries are expected to be self-serve. The first pantry will likely open in the Baltimore area, Stiell says.

“Being able to provide (students) food that they would like, in a way that’s dignified, and at times convenient for them, removes barriers to access,” says Blake Engelhard, head of growth for Goodr.

Recovered surplus food from SodexoMagic clients will go to community centers, soup kitchens and other locations where it can be consumed immediately. Goodr has a nationwide network of 501c3 partners with facilities equipped to accept the food, “and we have technology that allows us to route it to the right nonprofit at the right time so it can be eaten when it arrives,” Engelhard says. Foodservice clients can upload menu items and place pickup requests in real time, and software manages delivery drivers.”

“Our technology runs the show,” he adds. That technology also helps track where donations end up and what kind of impact they have. It tracks how many meals have been provided, how many pounds of food are given back to the community and how much has been diverted from trash, as well as what types of foods and up being recovered to improve future menu planning.

SodexoMagic clients in Boston and Dallas are likely to kick off the food recovery aspect of the partnership, Stiell says.

In addition to the popup grocery stores, several on-site Goodr grocery stores are already operating. One is at Atlanta’s Lutheran Towers, a senior living facility; a second opened last year in an Atlanta-area middle school once attended by Rapper Gunne. He sponsored the latter location, which also offers students some apparel.