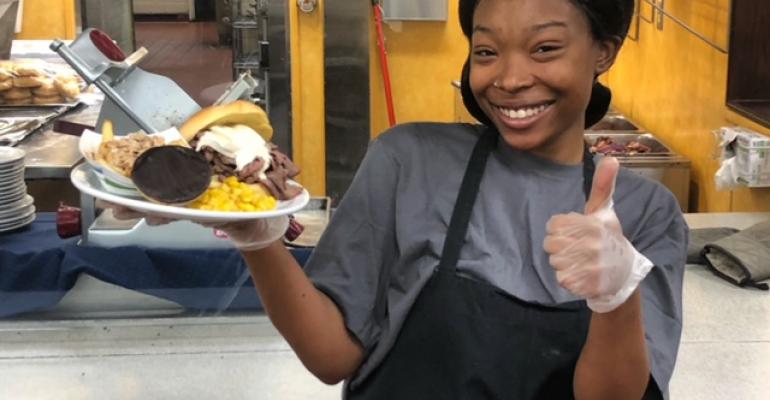 Some Black History Month themed meal events over the years have found themselves crossing the line that separates celebration and insensitivity, but Ferrum College in Virginia and its dining services provider, Aladdin Campus Dining, have developed a program that not only honors Black culinary culture’s diversity and traditions in a respectful way but also gives students a deliciously different dining option. The program is called Dinner Station Takeover and it features dishes created by students from their own cultural and family traditions. Ferrum’s student body is rich with possibilities for such an initiative as it is not only more than half Black but includes many students from a range of diverse cultures such as Haiti, South America and China.

Lormejuste was born in Haiti and moved to New Jersey with his family as a young boy. He says he grew up watching his grandmother prepare traditional Haitian dishes at home, so when he came to Ferrum as a freshman, he joined the Aladdin dining team as part of a work study program working towards a degree in nursing.

“When I approached ML about being a guest chef, he jumped at the opportunity,” says Levi Briggs, Aladdin’s food service director at Ferrum. “He was truly excited to prepare, serve and educate students on the foods of his native country.”

“This is more than just Black History Month foods, but a blend of cultures recognizing our students’ family heritage and the foods they grew up with,” observes Briggs. “It’s awesome to see the student interaction and appreciation of what our students can share with our team.”