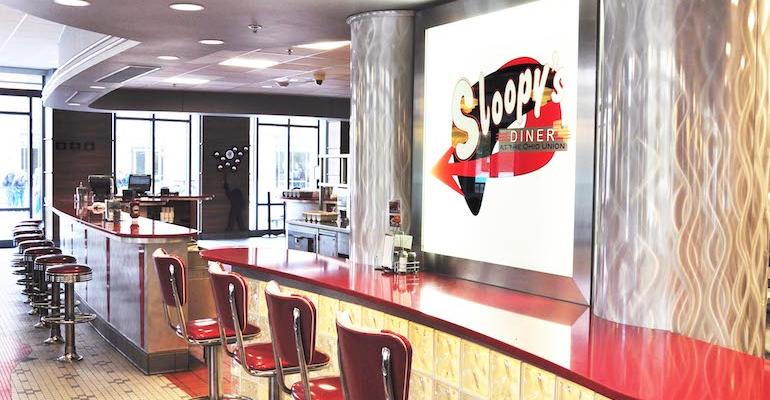 While the scale of the coronavirus crisis caught just about everyone by surprise, dining services at Ohio State benefitted from some preliminary planning to keep things running for the students left on campus.

Like all other major universities around the country, Ohio State University ended in-person classes in March in favor of online sessions, sent most students home and buckled down to ride out the coronavirus outbreak. Because about a thousand students, along with essential personnel, remained on campus, the school’s massive dining services program had to continue operating at least on a modest level to serve them while conforming to emergency restrictions on personal contact and cross-contamination prevention.

As a result, OSU Dining Services continues to operate four retail outlets every day, as well as its food truck on weekends as a monotony breaker. Students, most of whom are concentrated in individual rooms in the north section of campus, primarily order meals online and pick them up to take back to their rooms. In addition, a few students located in remoter areas of the campus get a free meal delivery service.

Related: Stories from the front lines: Dining at Mount Holyoke College deals with the present crisis and plans for whatever’s next

FM spoke with Zia Ahmed, director of dining at Ohio State, on April 10, about how the program prepared for the emergency…and how he managed to get back to the United States after being out of the country just as the crisis was breaking! Here’s his story: 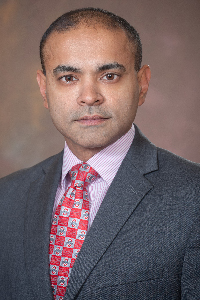 “We made a determination of what would remain open based primarily on location and what was easiest for students to get to. Also, our culinary production kitchen is producing grab and go as well as bundles of three to five meals that students can pick up, take back to their rooms and reheat as necessary if they want less frequency of interaction. At the dining locations that are open, we made adjustments to the menus and added options. There is limited kiosk ordering, but students are encouraged to use the mobile app to place orders. The good news is that we are the No. 1 mobile ordering campus in the country, so our students were already used to it anyway.

Right now, a big portion of our frontline staff is at home under disaster pay designation while all the staff who are working on campus are broken into smaller groups to make sure we can still operate even if one person on a team should get ill. Remember, we also have a large medical center operation on campus, and we may have to go and support them in case they get overwhelmed, so we need to make sure we’re ready, with backup teams, and even backup teams for backup teams, just in case. 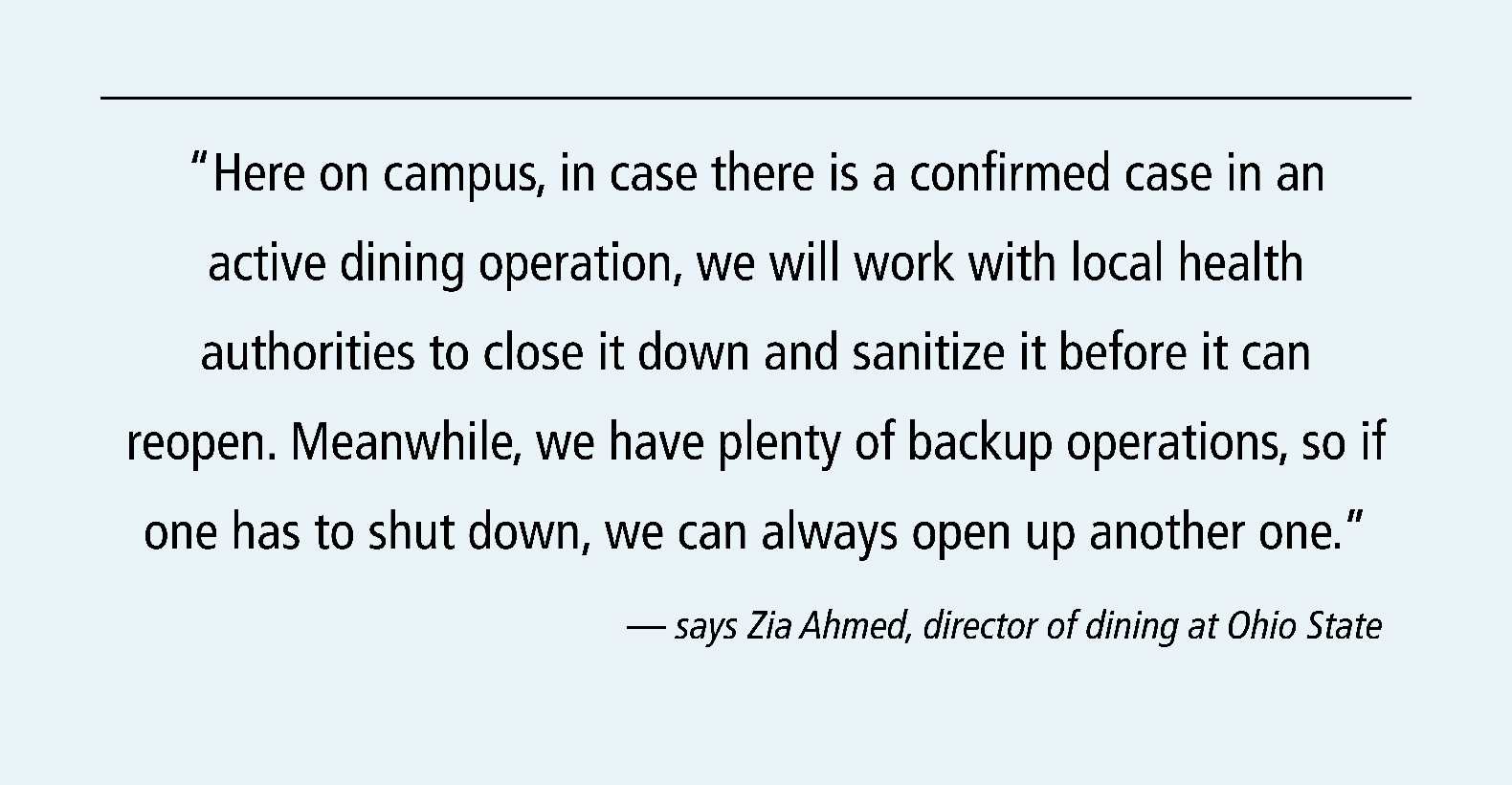 Here on campus, in case there is a confirmed case in an active dining operation, we will work with local health authorities to close it down and sanitize it before it can reopen. Meanwhile, we have plenty of backup operations, so if one has to shut down, we can always open up another one.

In addition, we were quite proactive in that even before anyone in the United States was considering that we would be in a situation like this, we already started our planning process on what would happen if it got bigger. We started looking at our contingency planning process and business continuity plan weeks ahead, before anyone in the country predicted the situation we’re in right now.

As for myself, I was in Bangladesh with seven students and a staff member as part of our transparency program [when the crisis hit], and then we got stranded at the border with India because the Indian government closed the border and we were left stranded in a very remote area on the Bangladesh-India border in the northwest part of the country. So that was an interesting situation, but this is why you scout, why you plan and we did have an alternative plan in place. We took an alternative route to a different city, then a small flight to the capital city where we had like a five-hour layover before a completely different flight through Dubai got us to Chicago, where we spent the night before getting back to Ohio.”

As told to Mike Buzalka on April 10.