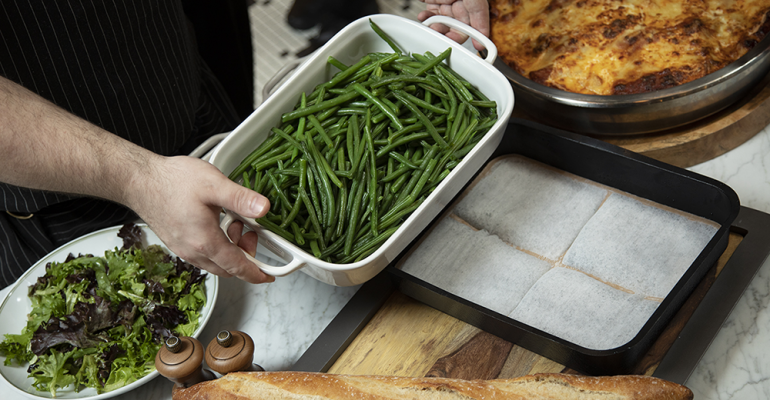 Product has application in environments where there can’t be open flames.

Elior North America is rolling out H°EATS trays, flame-free, mobile heat sources made entirely from natural minerals and plant-based materials. The trays had been piloted at several Elior sites over the past few months, primarily in business dining and catering locations, and will now see a wider distribution to more venues over the next three to six months, according to Suzanne Manella, senior director of branding & communications. “They can be used anywhere where you can’t have an open flame,” she adds.

The trays use a new self-heating technology powered by a product called Lava Gel, a patented self-heating technology comprised of natural minerals that produce a safe, controlled, instant source of sustained and reliable direct heat with no fire or hot liquid burn hazards, nor any toxic or caustic ingredients. They have an engineered, smart heat curve that activates to meet the temperature of the food pan and then sustains evenly distributed heat between 140°F and 165°F for more than two hours without creating hot spots or burning. 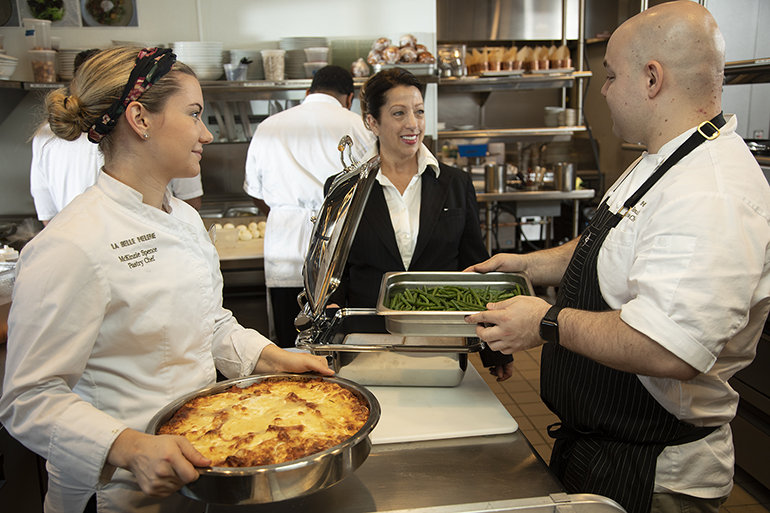 The trays have application in multiple environments such as drop-off catered meals at offices, banquet facilities and corporate cafeterias.

The heat curve is designed to carry catered food from the oven to the table and maintain quality during transport so that chefs can provide a direct-to-table, hot food experience without uncompromising quality. Applications include drop-off catered meals at offices, banquet facilities and corporate cafeterias.

“In support of our commitment to culinary innovation, we look to identify products that can improve the overall dining experience for our guests,” commented Elior North America President/CEO Dr. Brian Poplin in announcing the rollout. “Our teams tested H°EATS trays in our units and found they provided consistent, even heat for more than two hours, keeping food at the proper holding temperature while maintaining quality. This is a great solution for mobile, kitchen-fresh catering.”