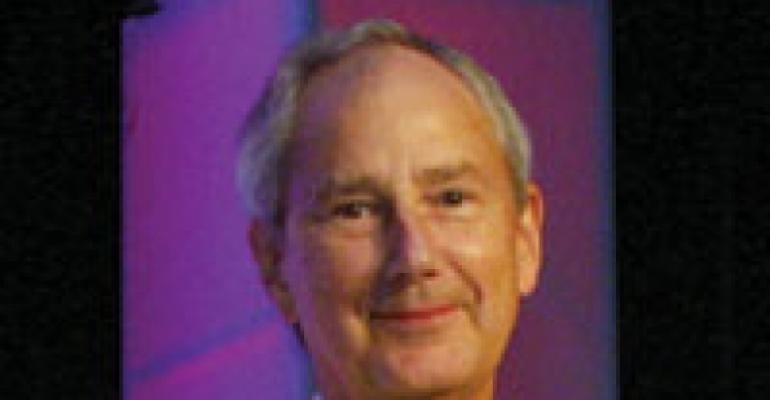 John Cabot was a passionate customer advocate and brilliant marketer. His influence on healthcare foodservice was ground-breaking.

On March 18th, the foodservice community lost one of its true icons with the passing of John Cabot, a senior vice president of the US Foodservice organization, who succumbed after a long battle with cancer. He will be deeply missed by his family and business associates as well as by the healthcare foodservice community, where he had earned a special place in the minds and hearts of operators across the country.

John was a giant in foodservice distribution, but even more so in healthcare foodservice. It is a part of this industry to which he dedicated a huge portion of his life over the past two decades.

In many ways, he was an unlikely candidate for this role. Armed with a BS degree from Rutgers and a Master in Science (Chemistry) from the University of Georgia, his first job was as a food scientist at Davis-Cleaver, a manufacturer. In 1977 he joined Kraft Foodservice (the distribution arm of Kraft’s foodservice division) as senior marketing director.

I first met him in 1987 as the fledgling editor-in-chief of a new magazine called The Foodservice Distributor. John was by then vice president of marketing, a job which included overseeing Kraft’s relationships with the trade press.Those of us who covered distribution watched Kraft Foodservice as it dramatically grew, changed and morphed in what was a tumultuous time of consolidation.

Among the many challenges facing John at the time was the need to reposition the “old” Kraft organization (which had many small regional warehouses with limited product selection) into its new role as one of the country’s leading national broadliners. He also helped it introduce many groundbreaking value-added services, such Kraft-Link, one of the industry’s earliest on-line customer ordering systems.

John found his great calling in 1989 when Kraft, looking for ways to expand market share, undertook a momentous partnership with Baxter Healthcare. Its highly successful launch led to John’s promotion to vice president of health systems in 1991.

Baxter had operated since the 1930’s as a manufacturer and distributor of specialized healthcare products like intravenous solutions and blood collection devices. By the mid-1980s, its line had grown to include a limited selection of foodservice products.

John spearheaded a joint venture between the two companies to create a marketing iniative targeting healthcare. It was initially based on “cross docking” orders of Baxter products with Kraft’s own offerings, shifting the sales and distribution function to Kraft and freeing up Baxter to focus on manufacturing. Soon the effort evolved into what became known as Kraft’s Dietary Products division, and it quickly established itself as a highly successful specialist organization.

Up until then, distributors had largely handled healthcare foodservice as a “street business” sales function. One of the major innovations of Dietary Products was that its representatives would join those of Baxter in making joint presentations to C-level executives in healthcare.

A few years down the road, this would be similar to the model the company would use to forge powerful relationships with major healthcare group purchasing organizations like Premier and Novation and in marketing to healthcare systems using a national account model. Today, some estimates suggest that through its GPO relationships US Foodservice is a prime vendor to institutions controlling as many as 70 percent of the acute care hospital beds in the country.

Along the way, John’s organization—through such partnerships and by way of introducing a long list of value-added services—helped foodservice distribution evolve from what was seen as little more than a commodity into a strategic business choice for healthcare. He was an early proponent of benchmarking, a champion of independent operators looking to remain so and a great mentor to those looking to become more strategic in their marketing efforts.

John was also a passionate customer advocate who selflessly gave of his time to organizations like the National Society for Healthcare Foodservice Management (HFM), where he served for many years on the board of directors and various committees. In 2007, HFM established the John M. Cabot—Making a Difference Award, which was designed to honor an associate member who demonstrated sustained and selfless service to HFM. John was its first recipient, accepting it at the annual conference last August (http://food-management.com/mag/fm_imp_18235/index.html).

Countless foodservice directors knew John on a personal, first name basis and saw in him someone who held their own interests equal to and in some cases above his own.
We will all miss him. —John Lawn

In lieu of flowers, John’s family requested that donations be made to the American Cancer Society (ACS). You can view a tribute page dedicated him at this ACS url: