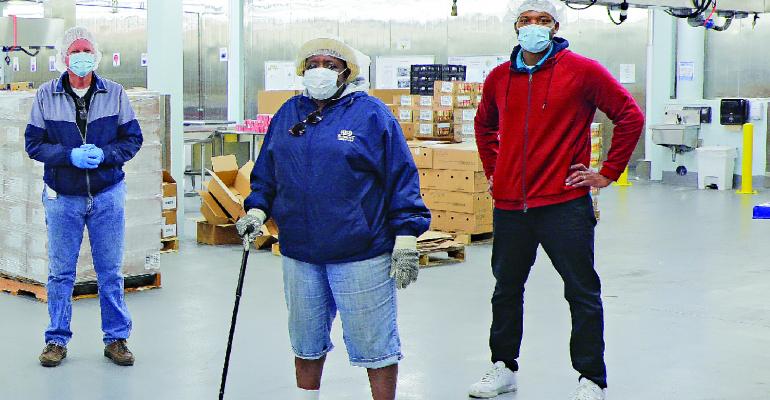 While transitioning back from contract to self-op status, Houston ISD Nutrition Services overcame a couple of unanticipated crises—Hurricane Harvey and coronavirus.

In May 2017, at the start of her tenure as head of Nutrition Services for the Houston Independent School District (HISD), Betti Wiggins recalls a conversation she had with Bill Ludwig, regional administrator of the USDA’s Southwest Regional Office.

“I got a call from our Midwest office that said, ‘We sent you our best’ and they recommended I get down here and meet you,” Ludwig told her.

Related: Stories from the front lines: Betti Wiggins on her career journey from segregated hospitals to leading foodservice at one of the nation’s largest school districts

“We then started talking about how HISD was underperforming and ‘whatever you did in Detroit, we need you to do it here,’” recalls Wiggins, who served as director of nutrition services for the Detroit Public Schools for nine years before coming to HISD, which was transitioning its meal program to self-operation after years of contract management. That was something she had already successfully accomplished in the Motor City and has subsequently also now accomplished in Houston, a district four times the size of Detroit and one of the largest in the country.

In fact, HISD Nutrition Services in the past three-plus years under Wiggins has not only transitioned to self-op success while boosting participation and meal quality, but also did it while weathering a couple of out-of-the-blue crises that challenged the department to keep feeding kids in new ways.

Related: How Houston Independent School District is working with the Houston Food Bank to feed the city’s families during coronavirus

For those reasons, Wiggins and the Houston ISD Nutrition Services team are being recognized as the Best of Show recipient in FM’s 2020 Best Concept Awards program. 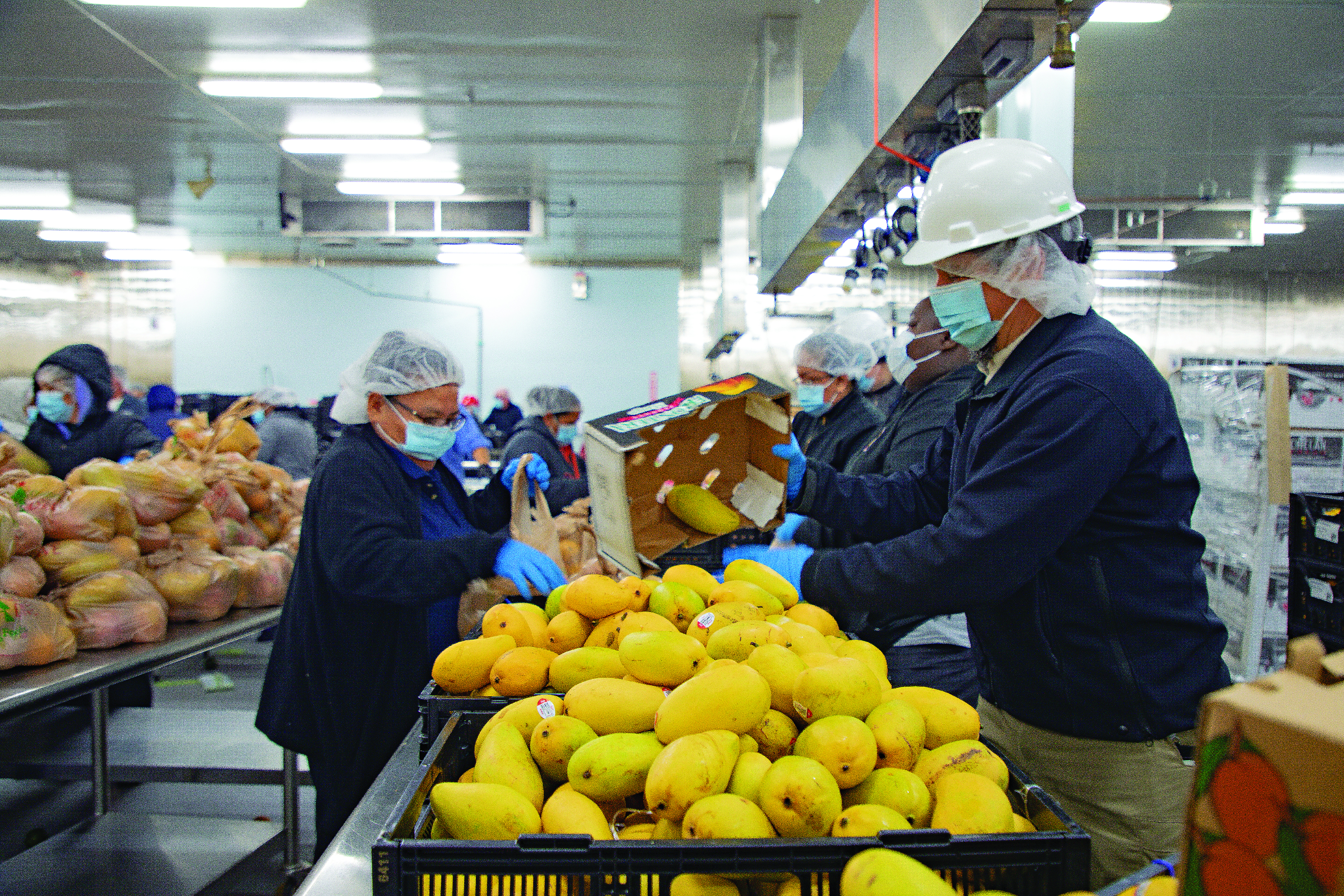 Betti Wiggins requested and quickly got a waiver from the USDA to feed all students in the district’s 283 schools at no charge.

The first out-of-nowhere crisis was Hurricane Harvey, which devastated the Houston area and forced its schools to close only a few months after Wiggins had come aboard and was beginning to implement some of her ideas.

“Harvey just put a damper on everything we were trying to do because school was [delayed] until October and we had all this food. The superintendent asked me, ‘What can we do with it?’ and I said, ‘We can feed people!’ So for five days until FEMA [Federal Emergency Management Agency] set up, we did mass feeding, we served 90,000 meals working with USDA and TDA [Texas Department of Agriculture].”

She requested and quickly got a waiver from the USDA to feed all students in the district’s 283 schools at no charge.

“We viewed [the waivers] as a way of supporting our families, to get them back on their feet economically," she says. "Who's got time to be worried about lunch money when you don't have a roof over your head?”

A couple of years later came the coronavirus and the subsequent shutdowns that forced school meal programs to improvise. But then, that is a Wiggins specialty, and she leveraged her experience with the hurricane to set up a program to deal with this latest crisis.

“I’ve been feeding families, [not just] children, by working with the Houston Food Bank and using both our and their resources,” she says. She worked with USDA and TDA to transfer title for the masses of food sitting in HISD warehouses to the food bank so it could be distributed to families. HISD packs the meal boxes and uses its facilities and logistic infrastructure to enable efficient distribution while keeping its staff employed.

For the fall, Wiggins is in the process of finalizing the details of an arrangement where HISD will provide warehouse and other logistical and operational services for distribution of 30,000 family meal boxes a week. 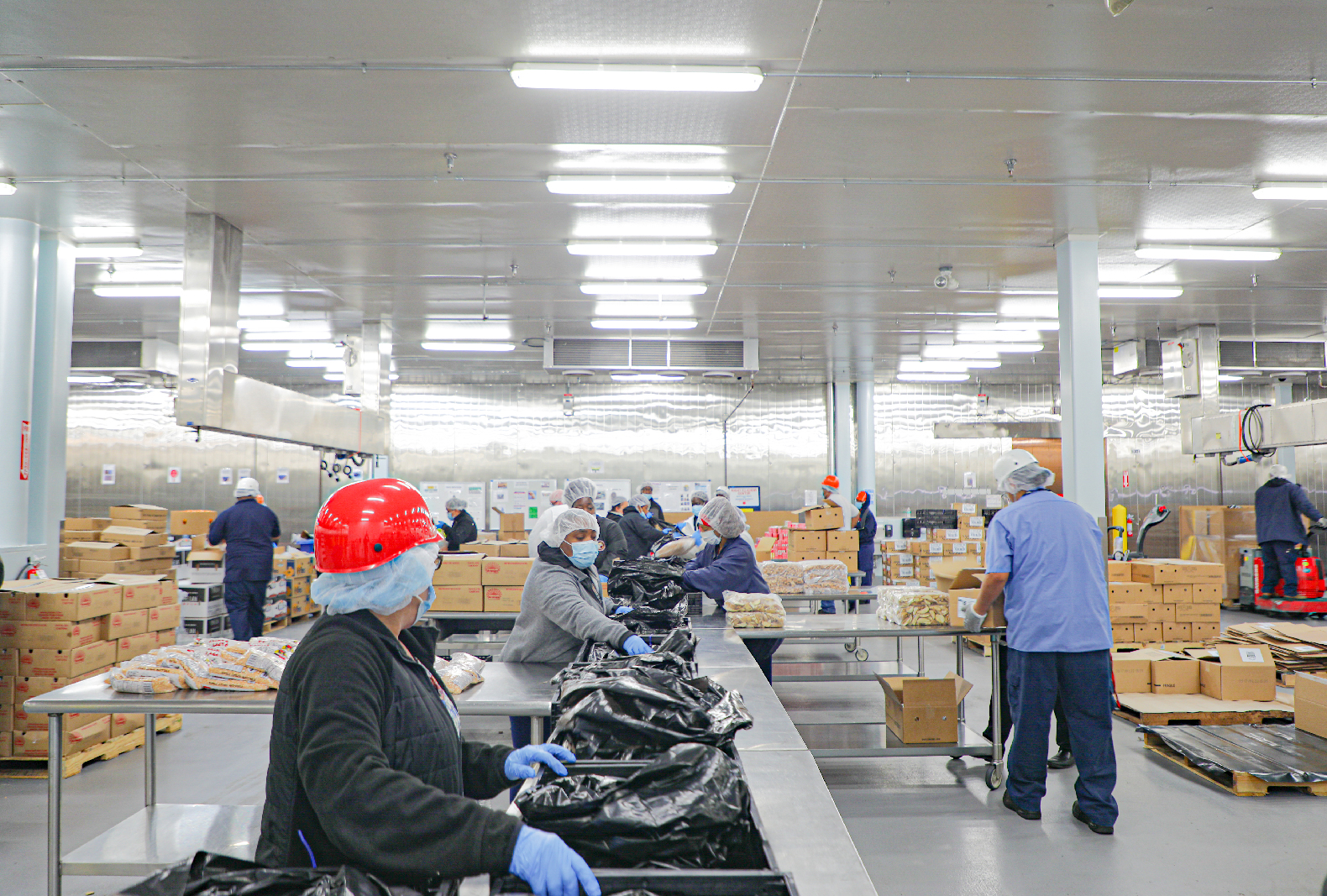 Recognizing that a huge percentage of her customers were Hispanic, Wiggins added more choices drawn from those cuisine traditions—not just Mexican but other Central and South American as well as Caribbean favorites.

“This pandemic is finally allowing us to make good use of this big old white elephant [the district’s central warehouse/kitchen facility],” Wiggins exclaims. “It’s that kind of work that we need to come out of that building that we didn’t have before.”

The central production facility had exasperated Wiggins from the start.

“When I first came here, I looked at [it] and I said, ‘That’s where my [financial] drain is at because the product that we were bringing out of there was God awful!”

Some of her first steps were to upgrade the menu to encompass not just better quality but also more diverse selections. Recognizing that a huge percentage of her customers were Hispanic, she added more choices drawn from those cuisine traditions—not just Mexican but other Central and South American as well as Caribbean favorites. “A lot of the Black community here in Houston came out of the Caribbean Basin,” Wiggins notes.

Suddenly, items like plantains, meat pies, peas, beans and rice began appearing on school menus, and with that came higher participation, one of Wiggins’ main goals when she came to HISD along with improved and more diverse menus, more fresh produce and maximizing available programs.

On the fresh produce front, one of her earliest successes was putting salad bars in 157 elementary schools in the first six weeks. “We changed the menu format to one entrée and the salad bar, and participation went up,” Wiggins says. “We don’t have four or five entrées in the elementary schools—we have one entrée and the salad bar, and the little kids love it.”

As for maximizing available programs, she sees it as a necessity because to remain financially sound, HISD’s meal programs have to generate about $750,000 a day, which is why she was appalled at how the afterschool feeding program was managed when she got there.

“One of the programs we were not utilizing was the afterschool nutrition program [because] they had outsourced it to this private company that was drawing down about $25,000 a day!” she recalls.

Once that was brought back in house, it went from generating $1 million to generating $9 million within a year for the program.

The plan when FM spoke with Wiggins for this story was to begin remote classes on Sept. 8 and then open school buildings for in-person learning on a limited basis on Oct. 19. One idea that has been proposed as part of the reopening plan is to use alternative sites like libraries, churches and community centers as supplemental education sites.

And that got Wiggins thinking…

“I said, ‘We should call these After-School Virtual Learning Centers, so that as soon as the bell rings at say 1 or 2 o’ clock, I can put a supper program in there,” she suggests. “It’s a way to serve kids and bring revenue to the program.”