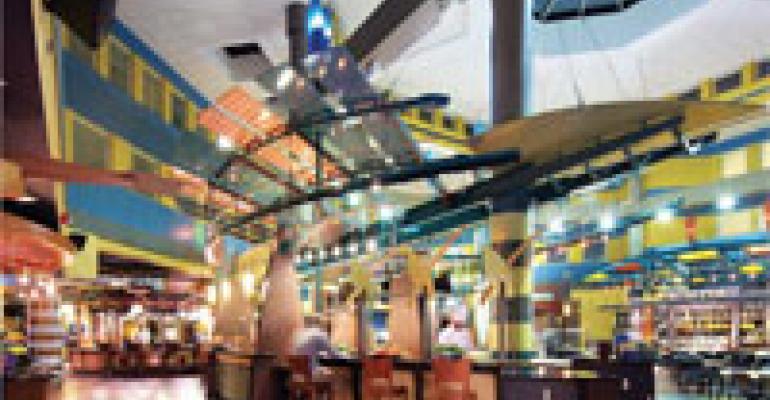 WINNER: THE COLLEGE OF NEW JERSEY

THE BIG IDEA: Recognized for its spectacular, colorful design and its variety of vibrant serving stations, the Atrium at Eickhoff is the product of a $5.8 million two-phase project that updated a 1992 dining hall to better serve today's students.

The renovated structure has increased transactions by 29% (over 170,000) and sales nearly 22% (over $1 million) since its opening in Spring 2011. It has also been instrumental in boosting voluntary meal plan purchases by over 17%.

Meanwhile, customer satisfaction as measured by survey scores are through the roof. Most dramatically, the percentage of students saying they would likely continue purchasing future meals at Eickhoff had risen from 10 percent in Fall 2010 (before the renovated facility opened) to over 90 percent in the spring.

The stations, each with a brand unique to the school, range from deli, grill, wok and Mexican concepts to a meat-free zone (Ceva) for vegetarian diners, and My Zone, for students with gluten allergies.