Bayer Corp. marked the company’s 150th anniversary of its founding on June 18, 2013, by serving one international upscale menu to more than 110,000 employees around the world on that same day. The monumental operational and culinary task was created using the expertise of a team of five chefs in Germany, China, France, Mexico and the U.S. (Parkhurst chef Jeff Sinciline at the Pittsburgh location, who prepared more than 3,000 lunches with a quarter of the ingredients sourced locally).

The five chefs worked for months in advance to develop recipes with high-quality, fresh ingredients that are available worldwide and to also provide those enjoying them with a global culinary trip. To pull it off they had to source 41,500 lbs. of fresh chicken and 34,400 lbs. of salmon just for starters. 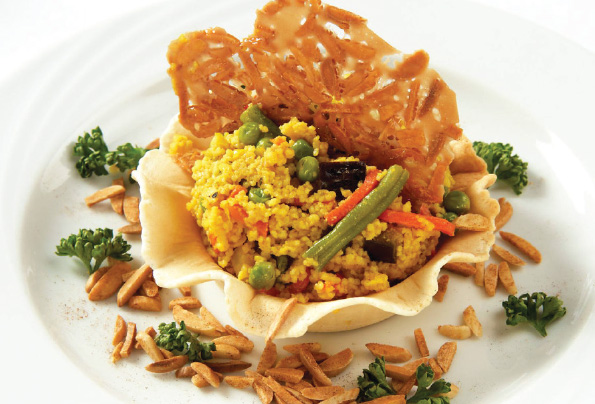