Concessions and Recreation
brought to you by 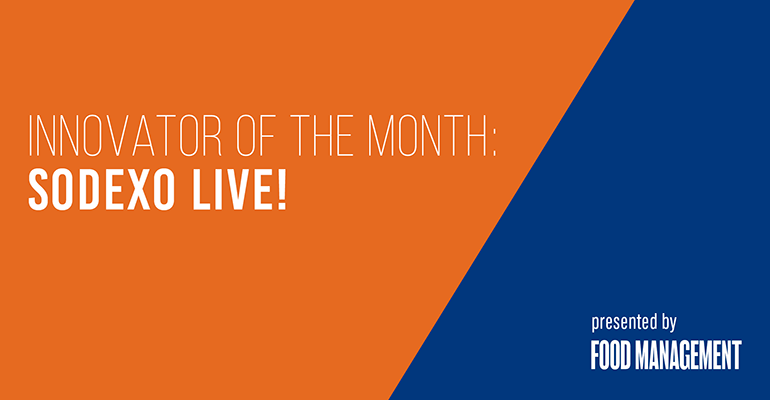 Sodexo Live! feeds college football fans as well as some athletes at 20 stadiums across the U.S. and with the start of the 2022 season its culinary teams have come up with some new food and beverage to serve fans when they come to cheer on their teams.

“There’s something special about college football—so much passion and comradery built in to visiting the stadium and cheering on your favorite team,” says Sodexo Live! North America CEO Steve Pangburn. “We recognize that and work hard to improve the fan experience year over year through the introduction of creative new menu items, tech innovations and best-in-class service to ensure fans are truly enjoying these memorable moments.” 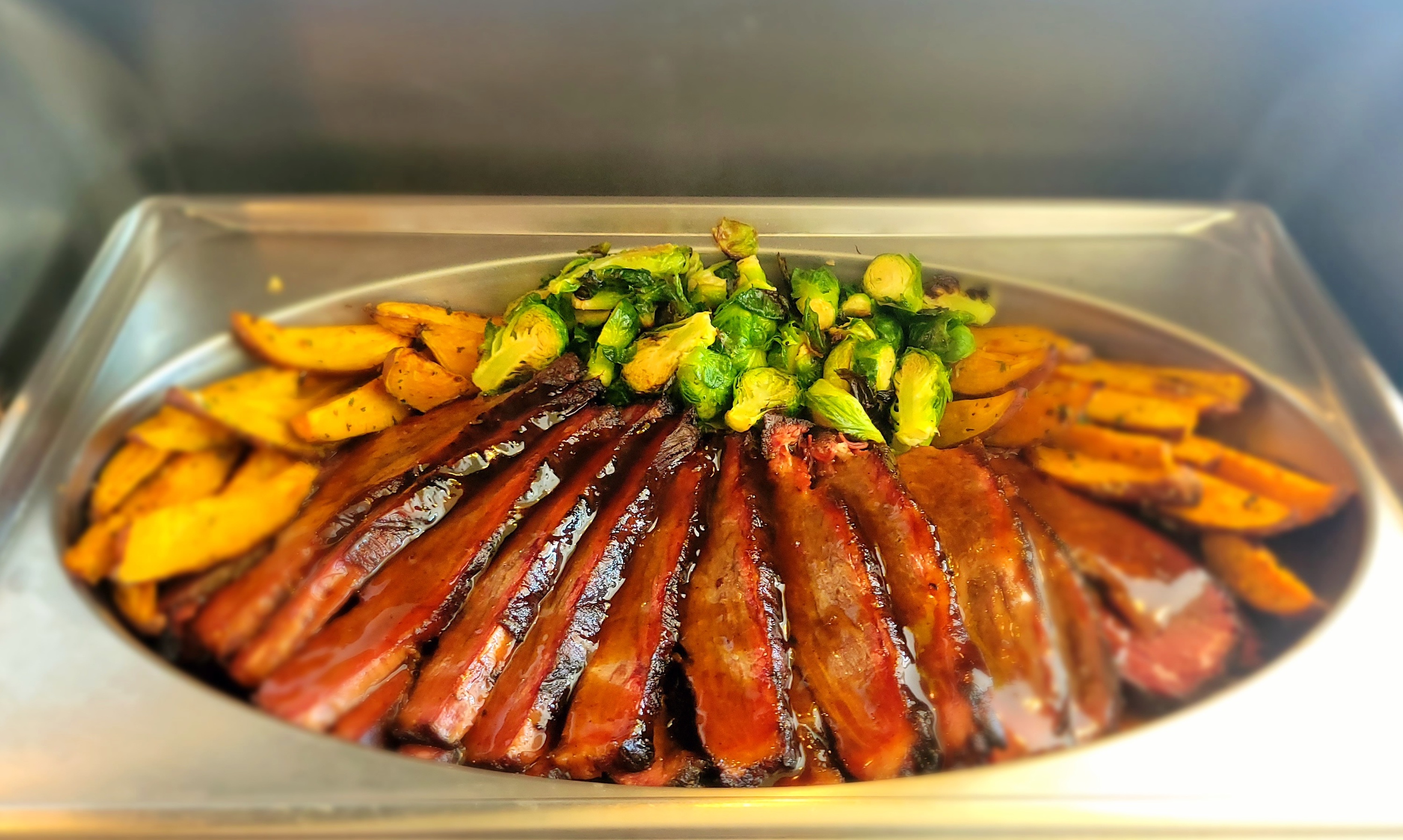 “We’re so grateful for our fans and supporters, and we always strive to provide the best experience for them on and off the field,” says Kurt Svoboda, associate athletic director at the University of Michigan. “Our partnership with Sodexo Live! helps us continue to provide our fans with an all-around great time when coming out to cheer on any of our teams. Chef Carr’s new menu items will really resonate with Wolverine Nation and give visitors one more thing to look forward to this season.”

At Vaught-Hemingway Stadium on the University of Mississippi campus, new treats are being rolled out in different areas. The general concourse will see Jack & Coke Chicken Sandwiches and The Grover Burger (similar to a smashburger) while the new suite menu has a Fried Chicken Platter with Biscuits and Hot Honey and the clubs the New Rebel Dog with House Secret Sauce. Sodexo Live! at Vaught-Hemingway has also concluded a new partnership with local eatery Shenanigans that will bring crab and shrimp boils to fans while for guests 21-years and older, the Dos Equis Beer Deck and Blue Moon Brewhouse provide new spots to gather with friends and fellow fans. In addition, new POS terminals have been added to the cashless stadium to bring the total to 250, a 35% increase from 2021.

At David Booth Kansas Memorial Stadium on the University of Kansas campus, there’s a new local partnership with Papa Keno’s to offer New York-style pizza slices, and the menu has also been expanded with freshly grilled burgers, footlong hot dogs, Chicago dogs and chili cheese dogs. A happy hour for the first hour after gates open through thirty minutes before kick-off offers various discounted items. The stadium also has some new grab-n-go stations.

At the University of Louisville’s Cardinal Stadium, new partnerships include local restaurant Green District on the main concourse, with two outposts and items featured on the suite menus. Green District provides quick-service healthy eats in the form of gourmet salads and wraps. Also, Scragglepop kettle corn, based out of Huntington, W.V., will be breaking into the Louisville market with their sweet and salty snack popping fresh in two main concourse locations and on the suite menu. In addition, there are five new grab-and-go outposts and Ticketmaster is now integrated with the POS systems, so when season ticket holders scan their barcode they will receive game-by-game food and beverage promotions. Meanwhile, the Angels Envy Club, formerly the Brown and Williamson club, went through a multi-million-dollar renovation bringing in two new speakeasys, expanded bar touchpoints, integrated jumbo video boards and a new second-floor landing with access to the suite level. 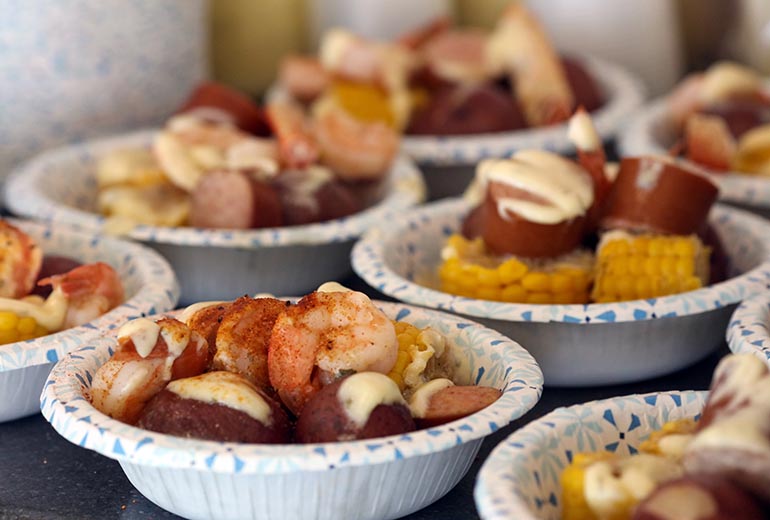 Sodexo Live! at Vaught-Hemingway Stadium on the University of Mississippi campus has concluded a partnership with local eatery Shenanigans that will bring crab and shrimp boils to fans.

Protective Stadium on the University of Alabama, Birmingham campus has new menu items this season like Cinnamon Sugar Chicharrons, Smoked Tofu Nachos with Housemade Cashew Cream, Watermelon Burrata Salad and a Chef-Curated Smoked Meat Charcuterie Board while Protective Stadium’s signature hot dog, the Sloss Dog, is back, served with mustard, relish, chili, barbecue onions and sauerkraut. It’s named for Sloss Furnaces, a National Historic Landmark in Birmingham that embodies how the iron and steel industry impacted the growth of the city.

Northern Illinois University’s Huskie Stadium, a new partner to Sodexo Live!, will feature both favorite classic menu items as well as a few new specialty offerings like BBQ pulled pork sandwiches, BBQ pulled pork nachos and cheese and pepperoni pizzas. To help speed up the purchasing process and get fans back to watching the game faster, Huskie Stadium is also now a completely cashless venue.

In addition to regular season games at Harvard University’s venerable Harvard Stadium, Sodexo Live! will help support “The Game” between Yale and Harvard that is back for this upcoming season. Variety is achieved through the placement of food carts throughout the concourse, with options like sausage and pepper sandwiches, chicken tenders, pizza and more.

Sodexo Live! and Illinois State University have kicked off a new partnership for the 2022 college football season at ISU’s Hancock Stadium that includes Redbird Row, a brand-new fan experience located near the stadium with gameday classics along with a mix of specialty stands. 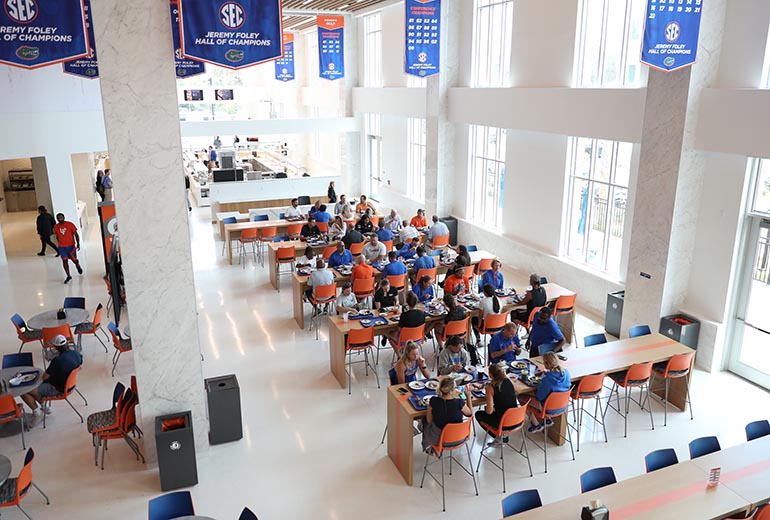 At the University of Florida, Sodexo Live! has expanded its exclusive food and beverage partnership to provide hospitality for athletes and athletic team staff at the university’s new Gary Condron Family Dining Hall, part of the James W “Bill” Heavener Football Training Facility.

A little to the north, at the University of Florida (UF), Sodexo Live! has expanded its exclusive food and beverage partnership to provide hospitality for athletes and athletic team staff at the university’s new Gary Condron Family Dining Hall, part of the James W “Bill” Heavener Football Training Facility, that opened to the football program on August 14.

“Diet and nutrition are a huge part of athletic performance,” says Chip Howard, UF’s executive associate athletics director. “We’ve had great success with Sodexo Live! serving our fans for years now, so we knew they would be the perfect fit to fuel our student athletes in this state-of-the-art facility.”

The training facility features a 4,200 sq. foot kitchen and dining area open to athletes from all sports, along with coaches and staff, with an anticipated 300-400 guests coming through for each main service (i.e., breakfast, lunch and dinner). The serving space includes a mix of self-service stations, served items and, outside of opening hours, a Grab-N-Go area with the option for mobile ordering through the Notemeal App. Led by Sodexo Live! Executive Chef Tonya McGowan, menu offerings focus on providing nutritious, well-balanced meals. Station highlights include grill, deli and salad options, as well as smoothies and dessert, plus gluten and allergen-free stations, among others.