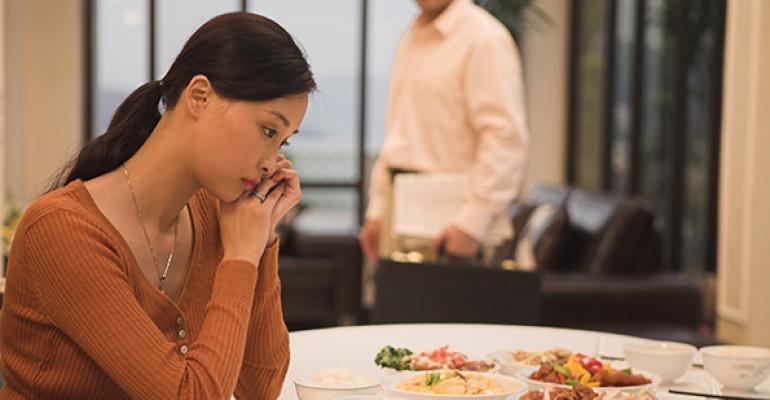 This and more are the things you missed for the week of Oct. 19.

1.    Pennsylvania district’s cafeterias rack up millions in debt
The cafeterias in the Harrisburg School District are $2.1 million in the red, according to a recently released audit. All but $500,000 of that loss is from 2010 to 2014. Unlike many districts that are seeing cafeteria losses because of lower participation and higher costs associated with the Healthy, Hunger-Free Kids Act, the audit found that poor management was to blame for the loss in Harrisburg. For instance, staffing shortages left cash registers unattended and resulted in undocumented lunch counts, leading to lower federal reimbursements. The audit also found “chronically weak internal controls,” and union benefits costs being inflated, according to an article on pennlive.com. The district has implemented a point of sale system and hired a contract management company to quell the loss.

2.    The danger with food preferences/food allergies
The Boston Globe has a great opinion article about “Why food allergy fakers need to stop.” The premise is that labeling a food preference (think, I hate garlic) as a food allergy it might endanger those diners who actually have a food allergy. Here’s a snippet from the article: “In a stunningly short slice of history, we’ve gone from food allergies being met with ignorance or indifference in the restaurant world to their domination of the discussion between server and diner, starting with the greeting and continuing all the way to dessert. After witnessing enough diners who make a big fuss about how their bodies can’t tolerate gluten and then proceed to order a beer or dig into their date’s brownie dessert, fatigued chefs and managers are beginning to adopt a less accommodating approach. But the people who may ultimately pay the price for this pushback won’t be the “free-from” fabulists. They’ll be those with serious conditions.”

3. Stanford student ask for sustainable food hall
The Stanford student government plans to consider a resolution asking for the creation of a “sustainable-food-themed” dining hall. The petition has already received 150 signatures. Dining services, however, says the creation of such a themed dining hall would be redundant, given the initiatives the department already does to meet dining demands for those with dietary restrictions as well as to meet sustainability goals. It’s often difficult to adequately communicate everything going on in your dining hall, but this might be a perfect opportunity to do outreach and education regarding all the eco-friendly initiatives already taking place.

4. How safe is our food supply?
CBS News reported on the aftermath of the safety of our food supply following the Blue Bell investigation (quick refresher: The Texas-based creamery is being investigated after 10 patients were infected with Listeria from its products). The story talks with Michael Taylor, deputy commissioner for food safety at the FDA, who says that with the implementation of the Food Safety Modernization Act this fall, these types of outbreaks should be eradicated. "The kind of practices we saw in the [Blue Bell] facility are exactly what this new food safety law is intended to prevent,” Taylor said in the article. Taylor said, however, that even with increased scrutiny from the FDA, companies have to step up to ensure they are providing safe products. That’s especially true given that Congress has only authorized about 28 percent of what it estimated it will take to fully implement the new law.

Read more: In the wake of Blue Bell investigation, how safe is our food supply?

5. Are vegetarians increasing on college campuses?
Joseph Klaus, associate dining director at Colby College in Waterville in Maine, says that 15 percent of this year’s incoming freshmen say they follow a vegetarian diet. Klaus says an even higher percentage of students purchase vegetarian dishes daily, even if they don’t follow a vegetarian diet. Klaus says the number of students looking to eat more of a plant-based diet has increased in recent years, something other directors echo, including Mary Lou Kennedy at Bowdoin College who said, “the volume of vegetarian entrees and salads we go through keeps getting higher,” according to an article in the Press Herald.