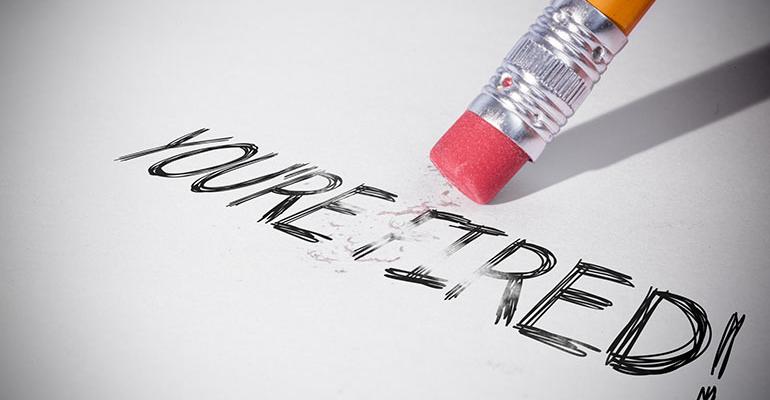 This and more are the things you missed for the week of Dec. 28.

1.    Kennesaw State dining director accused of “cooking the books”
A few months back, the Fox 5 I-Team in Atlanta started investigating the dining services department at Kennesaw State University (KSU), more specifically the dealings of its then-director Gary Coltek. The Fox investigative team and a lawyer for Coltek’s then-secretary allege that Coltek “was secretly being paid on the side by KSU vendors” and that the numbers of bounty from the KSU-owned and -operated farm used for dining services were falsified. Documents suggest that while 7.5 pounds of green peppers were harvested, 75 pounds of green peppers delivered, according to Fox 5 Atlanta. Coltek quit his job in September. In December his former secretary, Tracy Nunn, filed a lawsuit saying she had been mistreated since Fox’s initial investigation. Fox also alleges that Nunn was being used to perform Coltek’s private work on KSU time. KSU did not provide Fox 5 with any comments regarding its latest allegations or Nunn’s lawsuit.

2.    Lunch lady fired for giving away free meal offered job back
A school foodservice employee in Idaho was fired for giving away a free hot meal to a hungry student. The Pocatello/Chubbuck School District, however, has offered to reinstate the worker, saying in a press release, “During this holiday season, emotions and feelings abound in the spirit of giving and looking after the needs of others.” The district’s reason for firing the employee was “your theft—stealing school district or another’s property or inaccurate transactions when ordering, receiving and serving food,” according to the employee’s termination letter. The employee offered to pay the $1.70 for the meal. The employee hasn’t decided if she will accept her job back, but has said she would give away a free meal again to a student in need.

Read more: Lunch lady who was fired after giving a hungry student a free meal is offered job back

3. Student food protests date back to the 1800s
There’s been a lot of news lately about culturally insensitive food allegedly being served at Oberlin College, but this college food debate isn’t new—not by a long shot. This highly entertaining article in The Atlantic talks about the “Great Biscuit Rebellion of 1852,” in which only 11 students—less than a fifth of that year’s original class—were given diplomas. The reason: Bad biscuits. “Students were required to eat at the campus dining facility, which frequently served wormy biscuits and rancid meat,” according to The Atlantic. Upset over the poor food, 75 students withdrew for the college dining program. Some returned under threat of punishment, but others were expelled.

4. Proposed law would allow Arizona schools to eat bounty grown in school gardens
Current health codes in Arizona prevent school foodservice teams from using items grown in school gardens in school meals. New proposed legislation backed by both parties would give an exemption to public and private schools from these codes. Currently, only child care facilities are allowed to serve items served from onsite gardens.

5.  Study makes the case for onsite cafeterias at work
Researchers at Cornell University have found that workers are more productive if they eat together. The study looked at firefighters and determined that those platoons that ate together had higher performance scores by their supervisors than those platoons that didn’t eat together. The study’s authors suggest that other types of workers would benefit from eating together and that investing in an onsite cafeteria could help improve team performance. According to the Society for Human Resource Management, only 20 percent of businesses have onsite dining.

Read more: Want to Be More Productive? Eat Lunch With Your Coworkers

Bonus: Sugar: It’s not the devil, but it is a problem