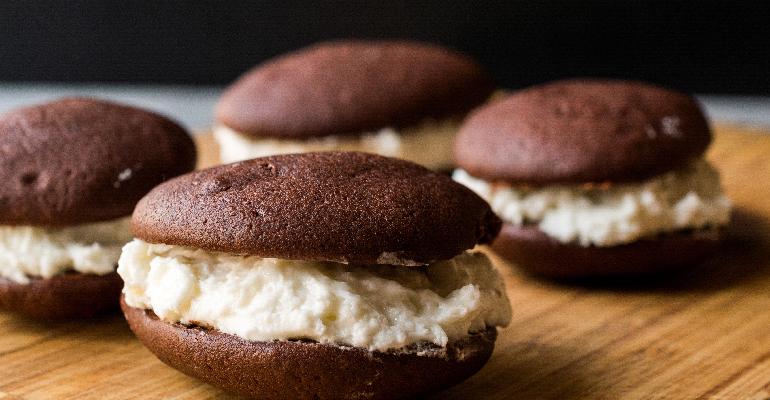 The beauty of New England lobster rolls is the no-nonsense Yankee simplicity. At the University of Connecticut, Executive Chef Robert Landolphi cooks lobster meat then rough chops it and folds in finely chopped celery, scallions, parsley, salt and pepper. Then a squeeze of lemon and a little butter on griddled split-top buns—lettuce is optional. He serves both a New England and Connecticut version (read on). There you have it. There’s a bit of room for interpretation (and mayo), but for the most part this sandwich is a classic for a reason.

The first hot buttered lobster roll on the books was served in 1929 at Perry’s, a Milford, Conn., restaurant, which closed in 1976. Lobster rolls have continued their buttery legacy up and down the New England coast, and to those who’ve enjoyed one dockside, it’s pretty much summer in a sandwich.

Combine lobster rolls with New England summer menu items like chowder, slaw and whoopie pies, and you’re well on your way to a seaside meal to remember, no matter where you serve it.