San Diego Unified School District (SDUSD), like other Cali school districts, participates in California Thursdays, a promotion that showcases the bounty of local produce and livestock each week in the schools.

“Ava’s avocado salad was the winner of a kids’ recipe contest about five years ago,” says Juan Zamorano, food and nutrition services program specialist at SDUSD. “The recipe has proven to have staying power and also taught us that students’ input into the menu development process is very valuable.”

This crunchy coleslaw, a side at SDUSD, is a take on fish taco toppings found on fish taco trucks in the San Diego and Baja areas.

A toast to veganism
Sodexo

This avocado toast was served by the Sodexo-powered Hollywood Bowl Food + Wine culinary team at a meat-free concert by Morrissey, an outspoken advocate of plant-based eating.

Farro all the way
Sodexo

Farro bowls were also served at the plant-based Morrissey concert, showing off California tomatoes in a rainbow of colors.

A nod to Fisherman’s Wharf
Sodexo

Point Loma Nazarene University has been named as one of the nation’s top “surf schools,” being in the warmer-water, wave-friendly beaches of Southern California. But for this menu item Sodexo Chef David McHugh took inspiration from San Francisco’s bread-and-chowder signature.

These sweet potato wedges feature an avocado chimichurri for a cool composition of flavors.

The Asian influence in California meets fresh seafood with this Southeast Asian salad.

Udon for u
American Lamb Board

Udon noodles could be the next big trend, with their hearty texture and bolder flavor. 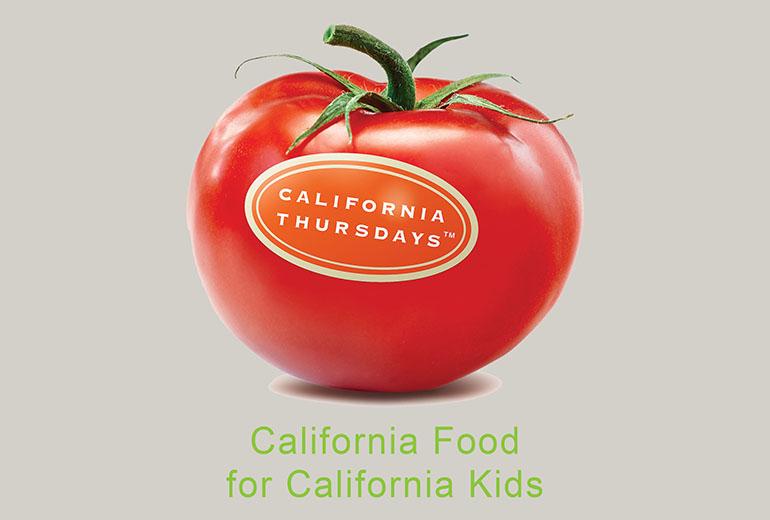