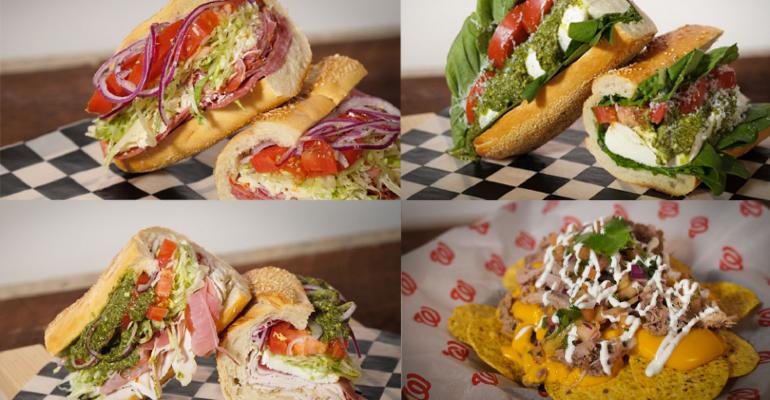 Start Slideshow ›
The food & beverage concessions and catering firms that are operating units of Compass Group have some interesting new selections for fans at Oracle Park, Dodger Stadium, Chase Field, Nationals Park and Marlins Park. Here’s a photo tour of some of them.

After a dismal 2020 Major League Baseball season that saw many ballparks empty while players and coaches sat masked in dugouts as just about the only spectators to the games being played in a shortened season, the 2021 debuted in early April with signs of hope. Yes, attendance is still limited—or absent—at most venues, but as they say every spring, a new baseball season always brings a feeling of optimism and renewal.

Last season was of course not only bad for fans, teams and players but also for the thousands of support personnel who serve attendees and the companies that employ them. Among these are the catering and concessions firms that have been coming up with ever more creative and appealing items for fans to enjoy each year. With the 2021 slate still in its early stages, most seem to have held back on debuting any new items, preferring to focus on safety measures that range from remote ordering and secure packaging to touchless transactions, automated points of service and even some in-seat delivery.

Nevertheless, two major concessions firms, both operating units of Compass Group, have chosen to make some new items available at the start of the season. They are Bon Appetit Management Co., which operates at Oracle Park in San Francisco, and Levy, at Dodger Stadium in Los Angeles, Chase Field in Phoenix, Nationals Park in Washington, DC and Marlins Park in Miami.

Here are some of the items they are rolling out.