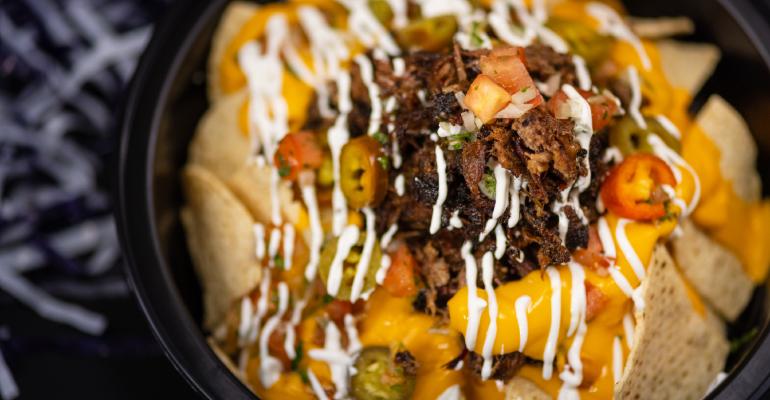 As winter doldrums wear on throughout much of the country, chefs are turning to the molten, melty side to warm up early spring menus. Queso fundido translates to “molten cheese,” and it’s just one way to bring on the bubbly, melty vibes. We are witnessing a menu renaissance of melted cheese dishes from not only Mexican cooking traditions, but with flavors, ingredients and irresistible interpretations from around the world. A true melting pot, if you will.

When melted cheese is the central draw of a dish, it’s up to the chef to add the razzle dazzle; presentation, cool new cheese combinations, fun extras and the overall melt-tastic qualities of the dish all provide the chance for an honorary degree in melt-ology. Or at least customers who feel pulled back for more grilled cheese sandwiches. 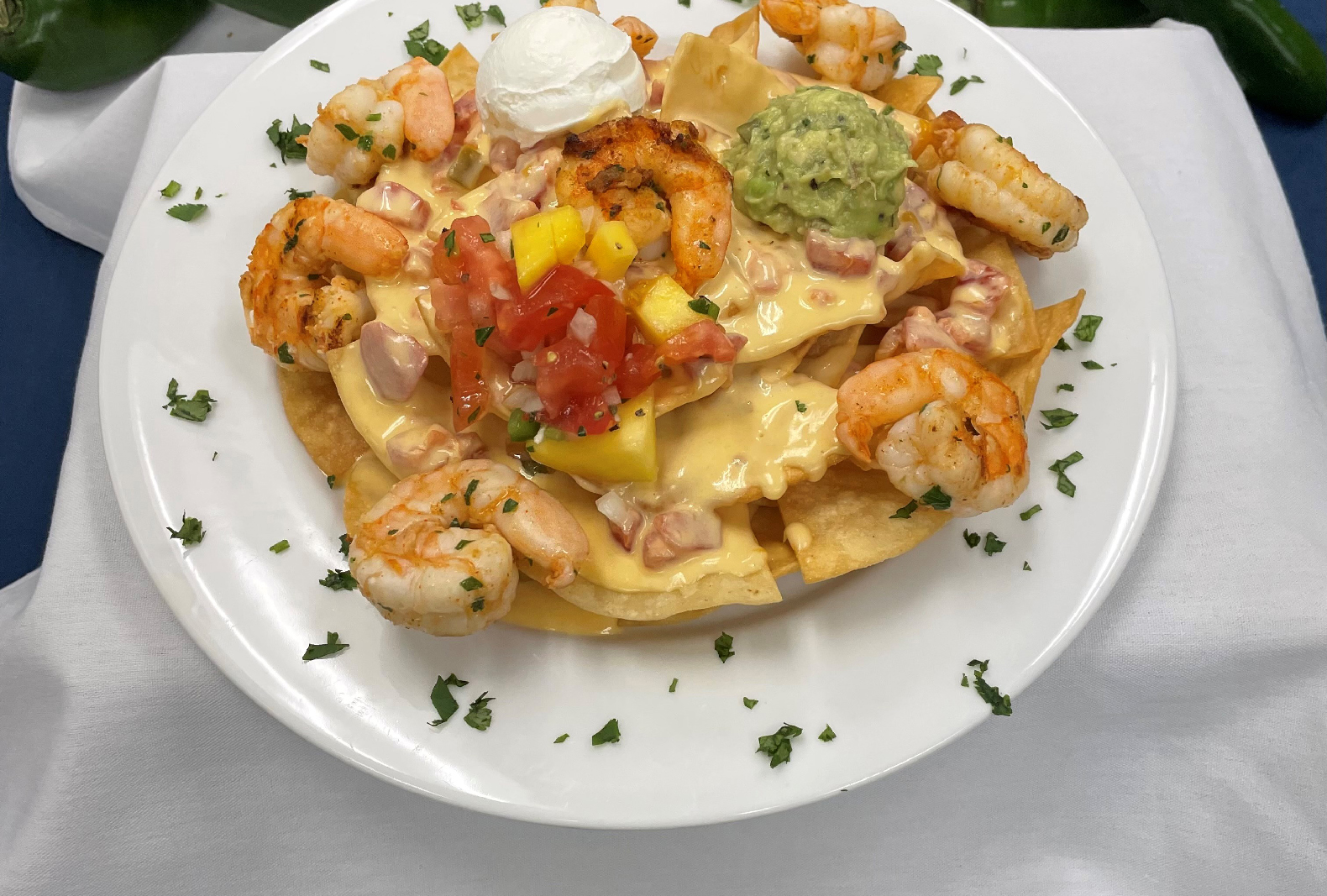 Nachos are one of queso’s best known vehicles. Found at five-star restaurants and high school gym concession stands alike, it’s a unifying platter of satisfaction, plain or fancy. An upscale version by HHS Chef Oliver Godoy includes cheddar-mozzarella queso with tomatoes and jalapenos. From there, he adds shrimp that’s been marinated in lime and blood orange then sizzled on the grill. The dish is finished with a sweet-hot mango pico.

The Gulf of Mexico held queso inspiration for HHS Chef Tommy Turbyfill. “I used Texas goat cheese, chipotle gouda and grated parmesan,” he says. “I added a little heavy cream to make it perfect and slowly incorporated it so the oil wouldn’t break. Then I added some sauteed Gulf Coast octopus and squid. My idea was to serve it with grilled focaccia bread, but I got some thin-cut French bread instead to make chips. If I had used focaccia, I would have made the queso thicker. But for this plate, it was perfect!” 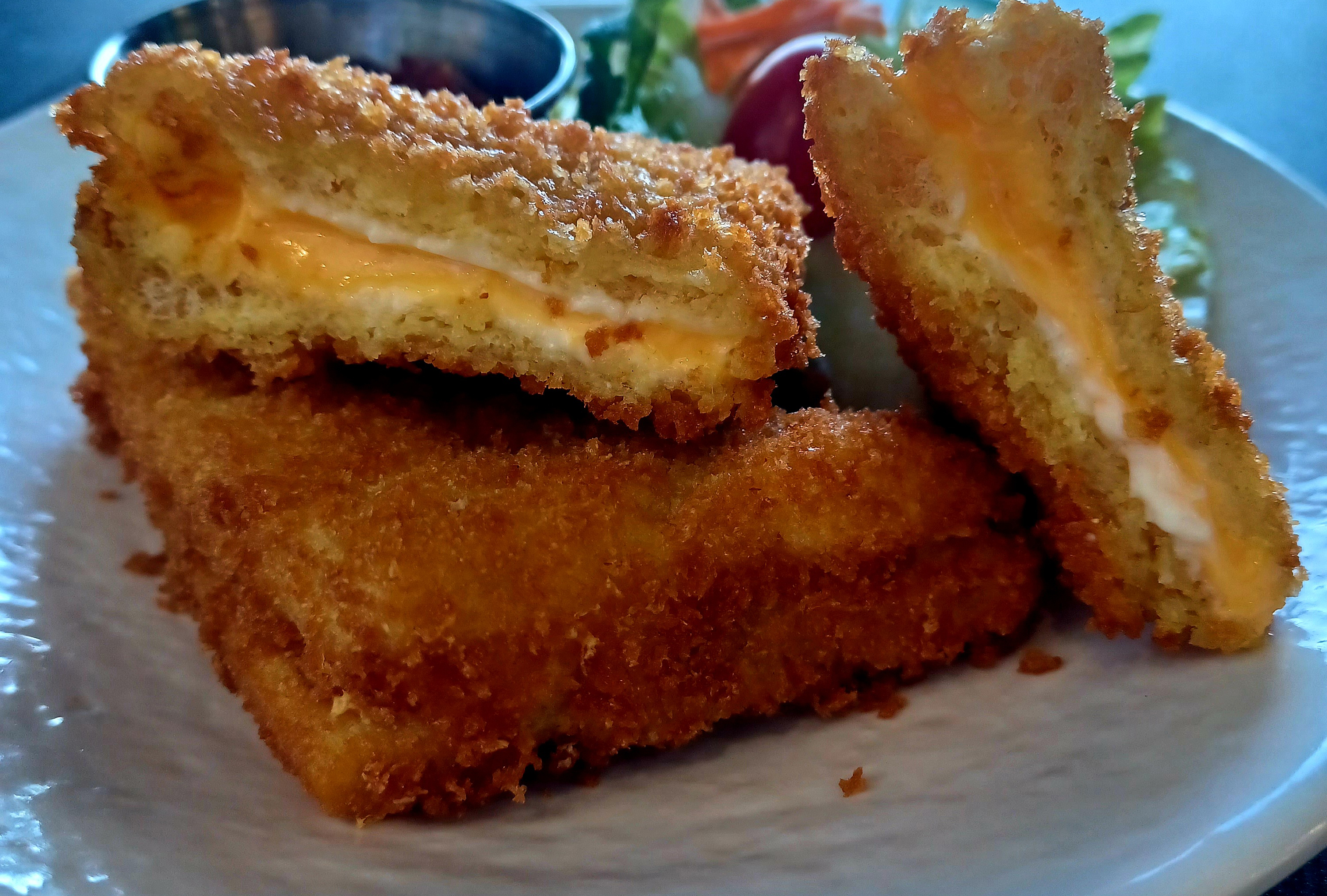 Sodexo Chef Charles Tibbs at the University of Missouri Kansas City created the Cheese Crispy, a grilled cheese made devilishly irresistible in the deep fryer and served with pizza sauce to dip.

When James Beard Award winning author Laura Werlin was contemplating writing another grilled cheese cookbook (she has written several), the deciding factor was the fervor she witnessed at an LA grilled cheese competition where hundreds of food truck chefs brought their best sizzle.

“I was blown away by the fervor of the 250 competitors and the 8,000 attendees. All this for grilled cheese?” Werlin writes in her book Grilled Cheese, Please. “That sealed the deal. I had to craft my own version of this new/old sandwich…”

Werlin’s book includes flavor profiles and ingredients from around the world, showing there are hardly any limitations between two slices of bread: Cheese and cherries; chips and guac grilled cheese; a crab-swiss melt, brie combined with pears, blue cheese and more…gourmet, global and grilled cheese sandwiches truly go together like Colby and jack.

As a California guy living in Iowa, West Coast vibes are the thing with HHS Chef Bruce Pearson’s California grilled cheese. “Being from California, I always think about sourdough bread, avocados and tri-tip steak. And it’s all toasted and melted into beautiful goodness.” The cheese he chooses to bind it? Pepper jack. And Pearson makes a point that his avocado spread is not traditional guac, but rather a very plain pulp. “I want that real avocado sweetness.”

Going deliciously over the top is also always an option with grilled cheese. Sodexo Chef Charles Tibbs at the University of Missouri Kansas City has created a sandwich that’s “melty, crispy and craveable all in the same bite,” he says. He calls it the Cheese Crispy. “This is my family’s take on the classic grilled cheese sandwich. The basic (or not-so-basic, it’s versatile) grilled cheese sandwich is cut in half, breaded then fried till golden,” he says. “You can serve it with your favorite dipping sauce or soup.” 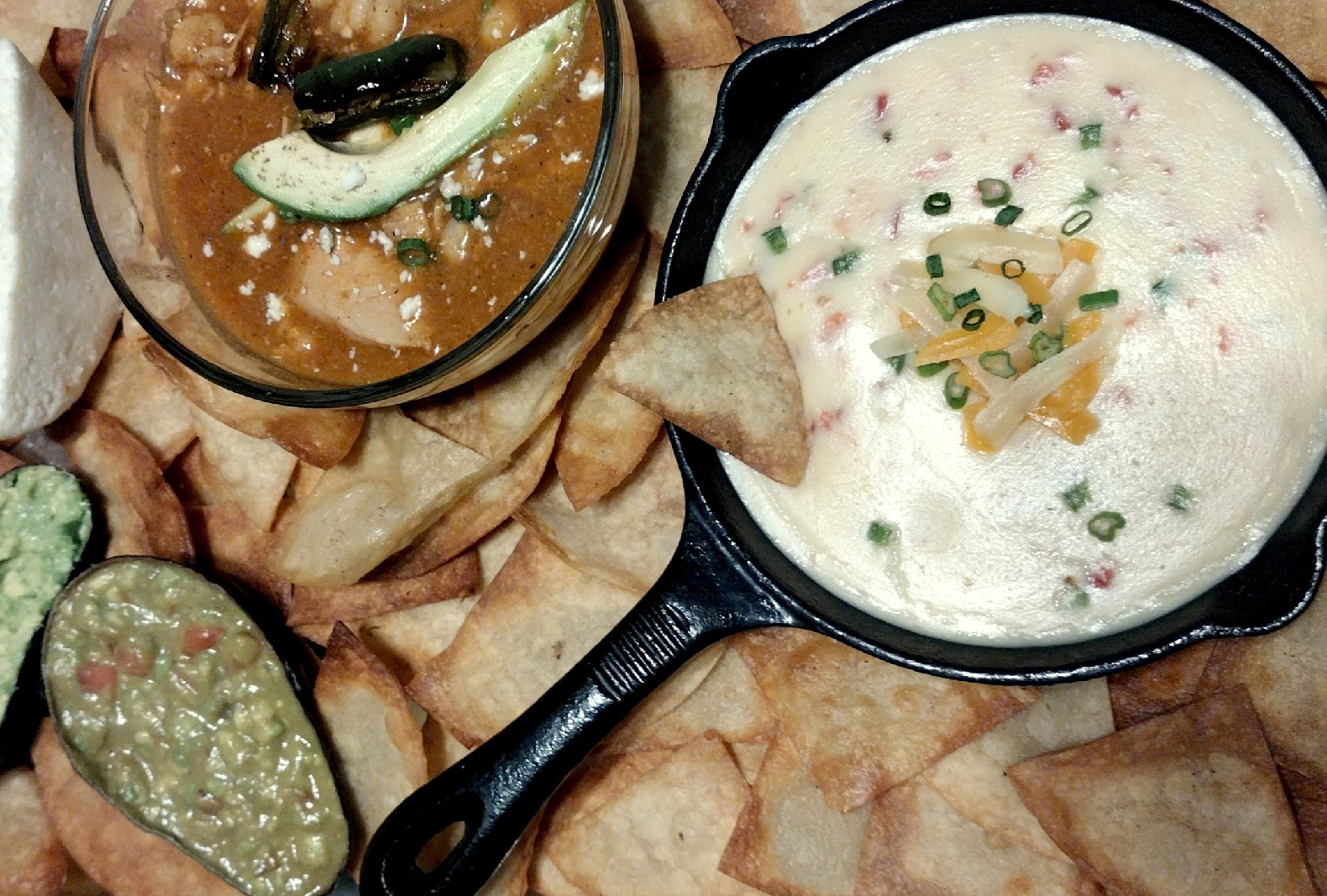 HHS Chef Kayla Martinez serves pozole on the side with nachos ready to plunge into a bubblin’ pan of pepper-jack queso with jalapenos, tomatoes and garlic.

Even just a quick dip into melt-ology reveals that cheese appeals just about universally. At Tulane University, Sodexo Chef Jon Petrie has his own “melting pot” story that resulted in a super-cool, highly requested new menu item.

Petrie’s daughter-in-law’s family is from the Middle East, and when she was pregnant, craved kanafeh, a sweet, cheesy pastry. “She made a deal with me, if I would make her a kanafeh, I wouldn’t have to change a dirty diaper for a year,” Petrie recalls. “The deal was done so fast I didn’t stop to realize I had never made a kanafeh or if I even knew what one was!”

A quick Google search yielded a recipe that looked good to Petrie. He needed specialty ingredients, so he headed to a Middle Eastern market and raised a lot of suspicion along the way. “You know how?” the shopkeeper asked him incredulously. Petrie got the ingredients: kataifi (shredded phyllo dough), akawi cheese, ghee, pistachios and rosewater.

Recipe and ingredients in hand, Petrie felt ready—until he found out his daughter-in-law had invited her Middle Eastern mother-in-law to try the kanafeh. “Um, thanks for the pressure,” Petrie quips. Even though he’s a certified pastry chef, “I pulled out my recipe and began to question my skills and why I had ever promised to make this dessert in the first place.”

After putting together the sweet, cheesy cake and the rose water sauce, the dish was decreed to be “very good…very good indeed.”

Feeling triumphant, Petrie shared the story in the Tulane bakery, where a team member asked, “So, when are you going to make it for us to taste?” Petrie headed back to the store, where he was trying to strike up a friendship with the skeptical shopkeeper.

Back at Tulane, “as quickly as the kanafeh came out of the oven with its cheesy aroma and gooey texture, it was devoured. I barely had a sliver to taste,” Petrie says. It was decided to serve kanafeh on Tulane’s monthly indulgence, Cheese Day at The Commons.

Petrie overheard the commotion it caused: “I’m waiting at the station when I hear, ‘What’s that?’ Kanafeh? OMG, I’ve got to tell everyone that they have kanafeh today!’”

“And so it goes, the station opens and the kanafeh is devoured, running out halfway through service,” Petrie says. “I think that I’ll have to go back to the store again someday. The staff keeps asking for kanafeh and so is my daughter-in-law. In a month, my granddaughter will be one year old and, well, a deal is a deal.”