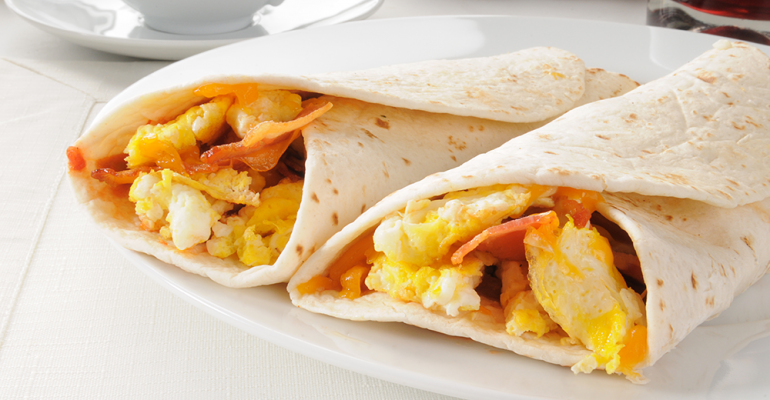 Some people just don’t want an egg sandwich for breakfast.

That’s what Tim Vennard, vice president of business dining for Mazzone Hospitality, thought when he was introduced to breakfast salads at a conference in Miami. It got him thinking about what it would be like to break out of the default “classic English breakfast.”

When he got back to New York, where the catering and restaurant corporation is based, Vennard says the company started to challenge chefs to think of breakfast options beyond eggs, bagels, bacon and croissants.

“We serve people that don’t necessarily eat that way,” he says. “What else can we do that may be different?”

But they realized that expanding breakfast could do more than offer health-conscious consumers tasty, innovative options. A new approach to breakfast could also help solve a couple of challenges that are common in the industry: low breakfast participation and food waste. 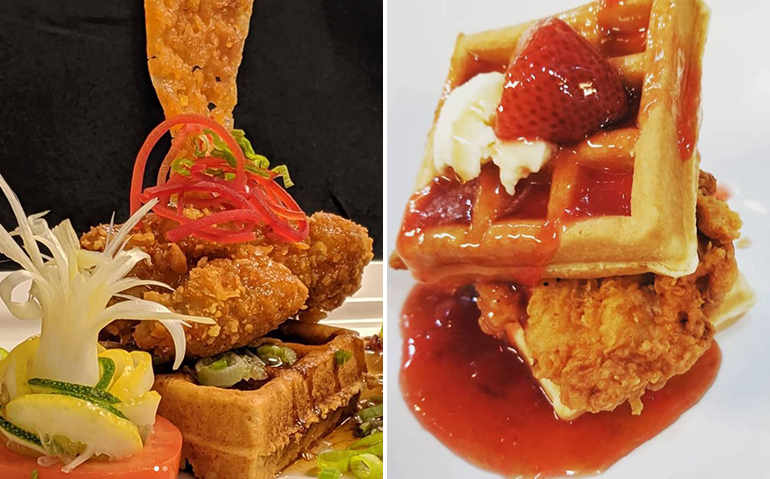 For the concept, a couple of chefs “went over-the-top savory,” says Ben Houck, with dishes such as chicken and waffles.

So they launched Break Out of Breakfast.

“Most Salad bars are vacant during breakfast,” a brief promoting the concept states. “Break Out of Breakfast expands the eatery with salads and other self-serve, breakfast-by-weight offerings with a healthy eating revolution theme.”

By opening up stations that are typically dormant before the lunch hour—particularly the salad bar and the grill—Mazzone chefs found that they had more creative freedom to re-use elements from the previous day’s menu.

“A lot of it is done on the fly using what the kitchens have to keep food costs and food waste down,” Vennard says. “If something that was on our taco burrito station that night still has one more day of freshness, it may be made into huevos rancheros in salad bar form the next day. Or blackberries that were topping a smoothie the day before might end up in a salad with spinach and almonds.”

The concept is in line with Mazzone’s typical operations. Since its founding, the company has emphasized scratch cooking with fresh ingredients. Even as they’ve grown, they’ve continued to make their own salad dressings and sauces and many of their own baked goods.

They’re also in the habit of giving chefs authority and creative license.

Because the concept depends on day-to-day flexibility, there are no standardized recipes, though the brief lays out a couple of examples. The first is a red quinoa and brown rice salad with beans, egg, cauliflower and zucchini. The other is a spinach salad with cantaloupe, blueberries, feta and pepitas.

They also emphasize that “unused product can be packaged for grab-and-go salad specials during lunch” or for an afternoon snack.

The point is to innovate, so they expect chefs to come up with specials that may run for only one or two days to make the most of ingredients that would otherwise be tossed out. 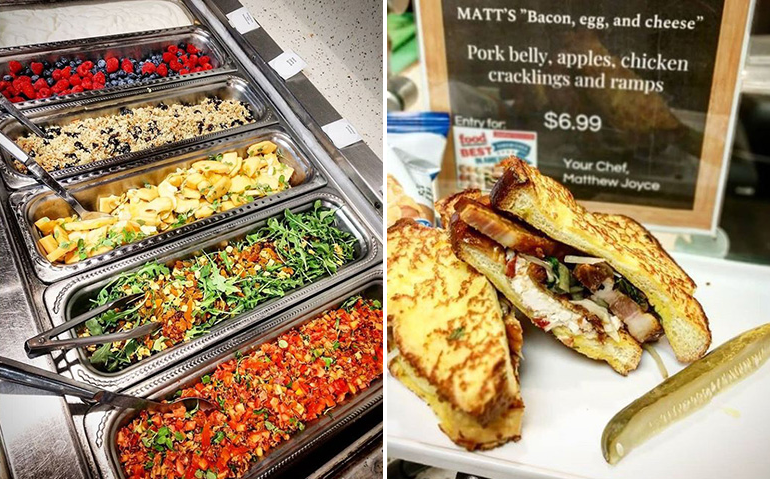 At their cafés, Mazzone Hospitality has been able to boost breakfast participation by populating the salad bar with make-your-own or premixed salads, and by firing up the grill for French toast-encased sandwich.

They ran the concept at their Prime at the Plaza café at Albany’s Empire State Plaza. The multibuilding complex, housing 12,000 state workers, is the site of one of the only Mazzone cafés that is open to the public. It’s also the biggest food venue available in the complex, making it an ideal place to test it out.

When they ran Break Out of Breakfast, they saw an encouraging boost in both check average and overall participation.

The gains were not as dramatic as, say, a lobster roll promotion. But “any time numbers go up it’s a good thing,” Vennard says. This concept is about the long game, stimulating morning café service, and encouraging people to try something new.

the company is starting to log daily food waste with an eye toward “being more data-driven, day by day” in the future.

Already, they work with their chefs to make the most of every bit of food, but they envision a time when they can look back on logs from past years and anticipate the flow of business on specific days so they can save on cost and waste. This breakfast concept is another avenue to help realize this goal.

The Break Out of Breakfast concept encourages chefs to be creative with leftover ingredients to create breakfast salads, such as this spinach, wheat berry, mixed berry, cheddar and balsamic salad.

Vennard also notes that the concept is flexible. Though it works best in a standing kitchen—and will be particularly applicable once they complete their transition to a commissary model—it’s “scalable for anything.” There’s no reason it wouldn’t work in a catering setting, for instance.

It’s all about health-forward options for consumers, maximizing ingredient use and boosting breakfast participation.