Centerplate’s Chef Kristine Raymer, now based at the Las Vegas Convention Center, was born in the Philippines, grew up in L.A. and names Jacques Pepin and Julia Child as her culinary heroes.

On the main concourse of the show, a new breakfast burrito debuts, along with a breakfast sandwich and this returning favorite, a housemade veggie panini.

Since sushi has and continues to be wildly popular with the CES crowd, Centerplate added more chefs to keep the fresh sushi rolling every day of the show.

A pumped-up burger in a high-tech setting

Centerplate doesn’t shy away from gravity defying burgers, and this bacon-onion ring version is no exception.

Take a byte out of robotic pizza

Seattle-based Picnic, an innovator of food production technology and robotics, showcased its pizza-making robot at CES in partnership with Centerplate—the robot’s first time at a convention center. The automated food assembly robot can produce 300 12-inch customized pizzas in an hour.

“This is one robot that won’t be a CES exhibitor only showing futuristic concepts; it is already in use in real-world kitchen settings and will only continue to grow in its capabilities,” says Clayton Wood, CEO of Picnic. The robot’s pilot mission was at another Centerplate location, T-Mobile Park, home of the Seattle Mariners.

More bytes at the show 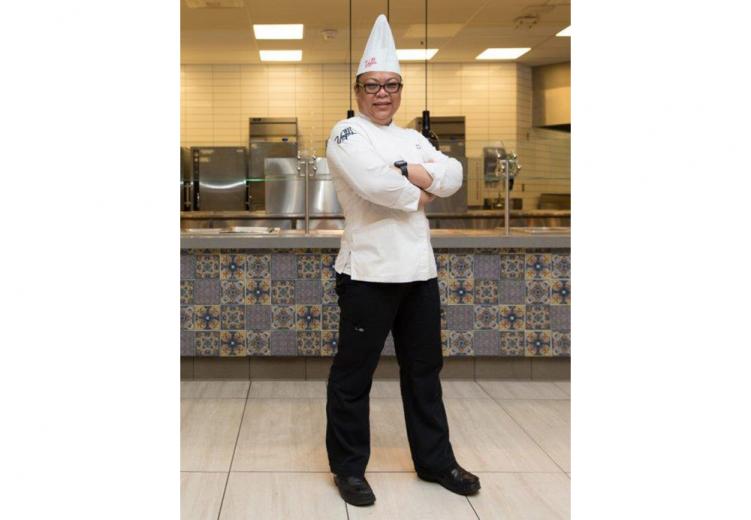