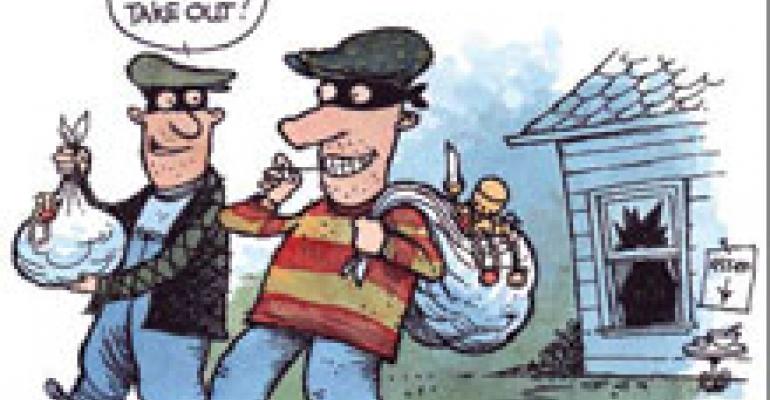 A German cottage owner tried to convince some burglars not to break into her premises by deliberately leaving food out for them, reports Reuters. She even included a polite note asking them to help themselves.

They did...to her stuff inside the cottage, which, like many German cottages, is often left uninhabited, making them tempting targets for petty thieves.

The woman not only misread human nature by assuming there is honor among thieves, but she compounded the mistake by making the food she left out so good that the crooks were motivated to look for more inside. Maybe if she left lousy grub they might have gotten the idea that she didn’t have anything better.

On the other hand, that might have made them feel insulted, and made them destructive, not just larcenous.

In any case, next time, we suggest that instead of goodies, she leave a German Shepherd. A hungry one.