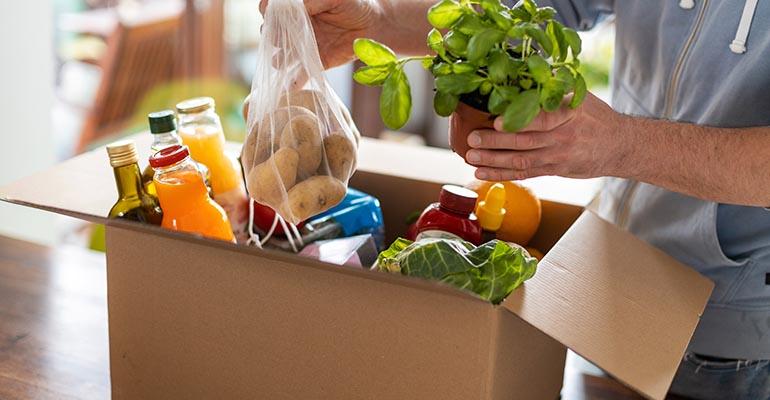 This and a study of how much college students spend on food are some of the stories you may have missed recently.

Related: 5 tech things: App looks to predict when meal swipes will run out

About 200 members of Teamsters Local 317 have walked out at Sysco’s Central New York distribution center to protest what they say are unfair labor practices. “It’s bad,” said Bud Loura, a local dining industry consultant at Restaurant QB. “My phone is blowing up. People [restaurant owners] can’t get deliveries—and they can’t even go there to pick it up themselves.” He estimates that Sysco serves more than half the restaurants in Central New York in addition to many of the institutions that provide food service.

The average college student will spend $294.06 a month on groceries this school year, or about $2,352 for a full, two-semester school year, which is about $270 more than they spent last school year, a recent study by My eLearning World showed. In addition, they spend another $369.36 each month eating out.

Read more: The real cost of college: Here’s what students will spend on food this year, study says

Refunds will soon be on the way for some University of Minnesota (U of M) students impacted by recent problems with on-campus food service and dining halls. In a message to students, the U of M explained that due to staffing shortages that have impacted both hours of operation and menu options, all those living in residence halls will be credited with what amounts to 50% of their September meal fees. A separate message notified students on the voluntary block plan and unlimited 5-day dining contract that they would also receive credits.

Read more: U of M to refund some student meal fees due to dining hall woes

New York City Mayor Eric Adams and New York City Health + Hospitals (H+H) CEO Dr. Mitchell H. Katz have announced that culturally diverse plant-based meals are now the primary dinner options for inpatients at H+H/Lincoln, Metropolitan, and Woodhull Hospitals. The dinner program expands on the health care system’s successful plant-based lunch default program launched this past March that the hospital says now boasts a 95% satisfaction rate. H+H serves about 3 million meals annually for lunch and dinner with about half of all inpatients eligible for plant-based dishes, of which 60% have chosen them since the plant-based default program was launched. Non-plant-based options also continue to be available and are offered in accordance with a patient’s prescribed diet.

Some charities disagree on whether restaurant and grocery store food diverted from the landfill should be served to people in need. For instance, Sherrie Tussler, the executive director of the Hunger Task Force of Milwaukee, says her agency refuses to redistribute such food. “Our organization has a value of dignity,” Tussler said. "We will not pass through our food pantry network any food that we would not personally give to our best friend...There’s this secret in the food bank world that began with Second Harvest, and they’re sourcing their food from grocery stores. Grocery stores then don’t have to pay dumpster fees…[They] can get a tax write off for donating food—but what is the quality of that food?”