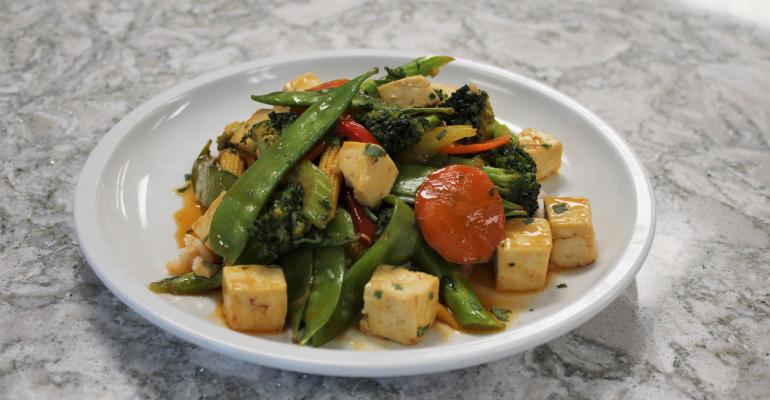 Medical City Healthcare has added a variety of authentic ethnic and vegetarian dishes to its patient menus to meet the preferences of its client demographics.

To succeed in business, give the customers what they want—that is a truism not only for commercial operations but for any program that serves the public, including dining programs in healthcare facilities providing patient meals. Of course, in such a setting, there are some constraints having to do with diet restrictions and nutritional content requirements, but that still leaves a lot of leeway to menu more customer-pleasing selections.

That is exactly what Medical City Healthcare, a major network with 16 hospitals in Texas, did recently in fortifying its patient menus with dozens of new recipes tailored to appeal to the various ethnic demographics such as Asians, Middle Easterners and Mexicans that now form a large part of its customer base. The recipes were developed by its chefs with suggestions and assists from customers, interns and other staff, and refined with the aid of dietitians to ensure they met nutritional requirements.

Adam Schloemer, executive chef at Medical City’s Las Colinas Hospital, says he had already been introducing more diverse and plant-based options, including specially ethnic themed dishes, to his retail dining program since he arrived about a year and a half ago, which aligned well with the system-wide recipe upgrade in which he was a major participant that was launched shortly afterwards. 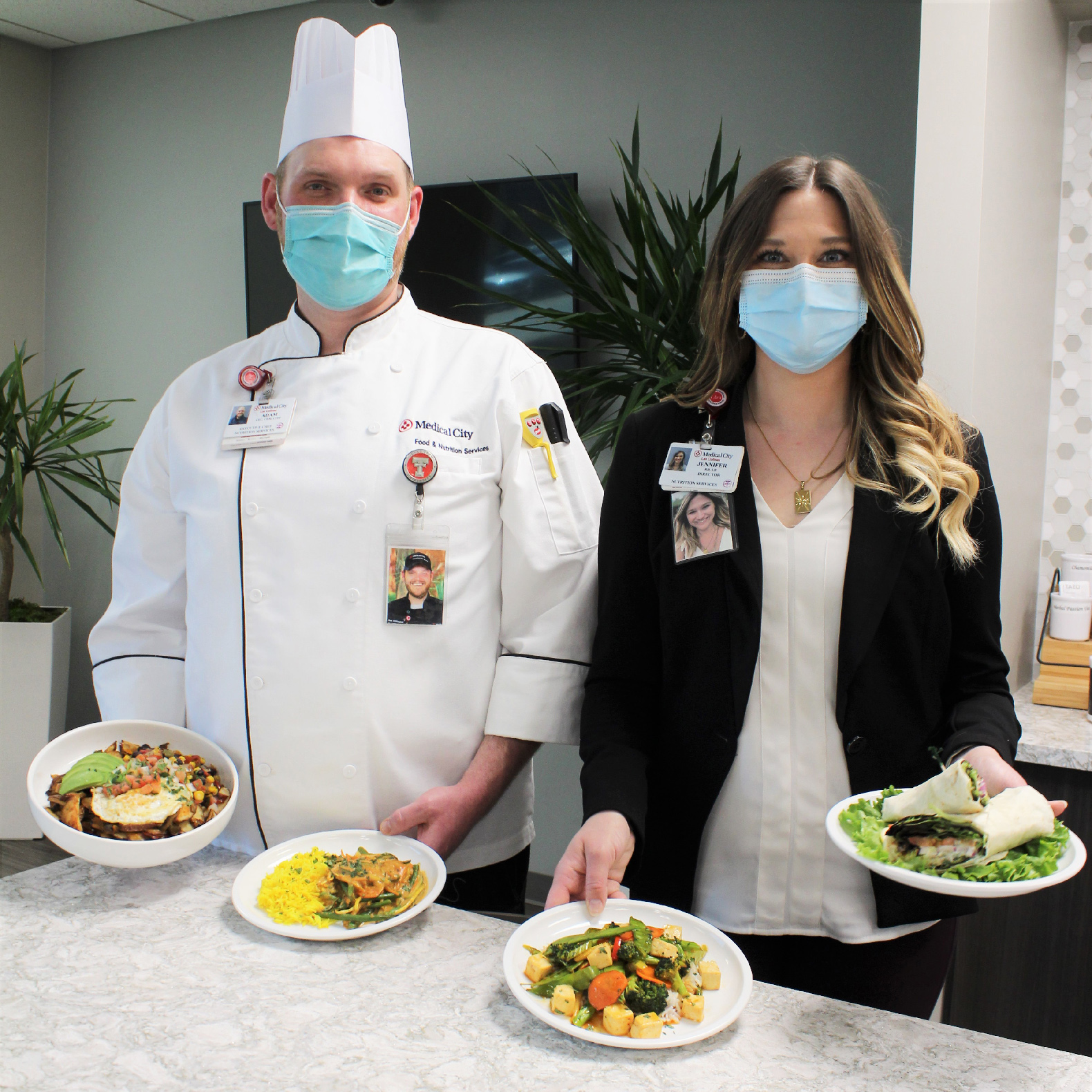 “We actually used our retail café kind of as a testing point for some of the recipes that we now have on our patient services menu,” he notes.

“What we found in looking at our patient feedback was a lot of comments from all of our facilities requesting more culturally diverse menu items,” she says. “We knew that we had quite a diverse patient population that seems to be growing, as is [the diversity of] our staff, so that was what really prompted this menu change. It has blossomed into something wonderful for those of our facilities that tend to have a much higher patient population of multiple cultures, such as Las Colinas.”

The initiative began with a gathering of the system’s executive chefs and foodservice directors, who were then assigned to teams that each developed recipes for specific cuisine categories.

Schloemer was on a team developing meatless dishes, which were also the kinds of items he had already been testing in his retail operations.

Other ideas came not just from the professional culinarians working the project but outsiders such as one dietetic intern who brought in family recipes of Middle Eastern dishes.

The process took a good eight months, Moser says. In some cases, basic ingredients like salmon—already a perennial favorite protein—were adapted to different ethnic dishes with their distinctive flavor profiles derived from the spices and the prep method used.

“We did a lot of testing and nutritional analysis, and really kind of tweaked several of them to make sure they met the level of quality we were looking for, including using the highest standard ingredients,” she offers.

A few specialty ingredients presented a procurement challenge, but chefs worked with vendors to get what they needed. In a few cases, they were purchased at local ethnic grocery stores, one indication of the lengths to which the program has gone to ensure quality and authenticity. 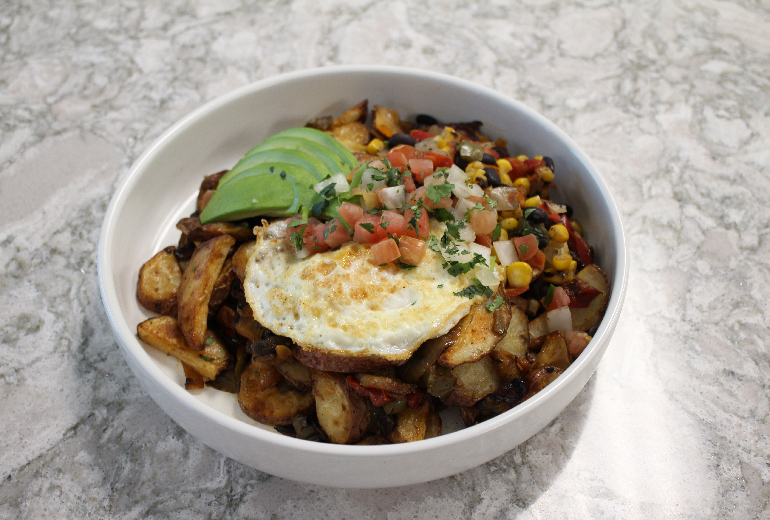 In an attempt to add a regional themed breakfast item, the team came up with this Tex-Mex breakfast bowl featuring its country potato blend as the base topped with black bean corn relish, a fried egg, avocado and a tomatillo salsa.

The new dishes didn’t require any new equipment investment, Schloemer adds, citing the traditional chef’s rule of thumb for recipe development that you work not with equipment you might get but equipment you have.

The dishes developed also lend themselves to preparation in either a room service or traditional format, Moser notes. At Las Colinas, which has a traditional patient meal service using a tray line production model, the results are still closer to made-to-order.

“One thing I’ve really encouraged is to batch-cook things,” Schloemer explains. “The way I set the processes for the prep is to have the items essentially ready to go into the oven or steamer because they are already in the pans that they are going to be cooked in.”

They are then cooked in batches as needed rather than all at once. The process does slow the tray line but the tradeoff in quality is more than worth it, he says.

The new items have broadened a system recipe database that already has over a thousand entries, so each location can customize its offerings to best meet the needs of its particular demographic. The additions have also allowed individual patient menus at each location to expand, offering more choices especially for extended stay patients who no longer have to see the same limited selection day after day. 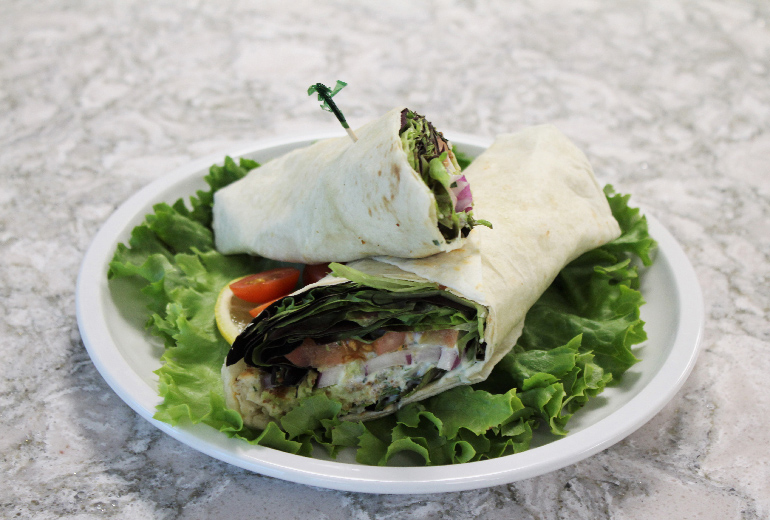 This falafel wrap with tzatziki sauce was one Middle Eastern themed dish developed as both an ethnic and vegetarian option.

The patient menus are restaurant-style with both traditional choices like burgers, pizza and grilled chicken always available, and then enhanced with some of the new, specialized ethnic choices based on the location’s patient population. Of course, selections conform to dietary rules and nutritional content requirements, but the culinary staff has been able to work even regional favorites like a somewhat modified chicken fried steak and various quesadillas into the mix.

Salmon in its various guises remains the most popular entrée choice, Schloemer says, followed by chicken parmesan. Among his ethnic dishes, the vegetable korma is probably most popular during the day while upma, a traditional Indian breakfast dish resembling porridge, gets lots of play in the morning.

Another breakfast favorite is the product of an effort to develop some regional dishes—a Tex-Mex breakfast bowl with our country potato blend as the base topped with black bean corn relish, a fried egg, avocado and a tomatillo salsa.

In some of the other locations in the system, there is a cauliflower steak that is a favorite at the Medical City Heart Hospital, Moser notes. There are also unique blends using different grains like faro, a sweet potato mung bean flatbread and a grilled vegetable/mushroom blend served over mashed potatoes that is a popular meatless alternative at several sites.

The new menus also lend themselves to more a la carte ordering than before, something especially useful for vegetarians, who can now select not only from among the new meatless entrees but also customize a mix from three grains, two legumes and five vegetables that are offered as options.

The customers have been noticing and approving…

“We have seen a dramatic improvement in patient satisfaction,” Moser proudly notes. “The comments from patients are that they are enjoying the food more. We even had a couple saying they actually gained weight while they were in the hospital, which doesn’t usually happen.”

On a measure of patient satisfaction with food quality, she notes that Las Colinas recently scored at the 92nd percentile for the third quarter, up from 68 in last year’s third quarter, which was itself already an improvement from the 50s and 60s the program was generating in previous years.

“We try to make the patients feel like these are menu items that they are used to eating with their own families, so it gives them that sense of belonging and comfort while they are in the hospital,” she says. “We want to make their stay as comfortable as possible, and food is a big part of that.”