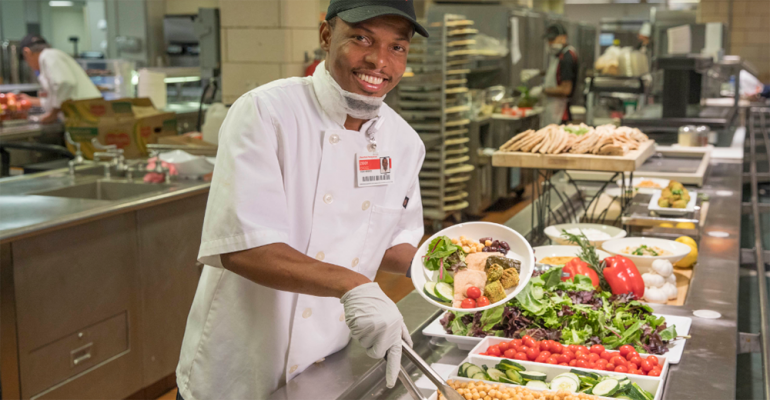 NewYork-Presbyterian (NYP), one of the nation’s most comprehensive academic healthcare systems, will be putting its dietary, science and research muscle to work with a new series of Meatless Mondays, slated to start in February at several NYP campuses. NYP has participated in Meatless Mondays in the past, but this is the first time they’ll be integrating it to such a big extent across hospital groups and beyond.

A joint research study between NYP, Columbia University Mailman School of Public Health, Johns Hopkins Center for a Livable Future and the Monday Campaigns will be conducted to determine the influence of Meatless Mondays campaigns on consumer awareness and behavior in terms of meat consumption.

“We hope that being part of this research will help other institutions see the relevance and value of moving toward plant-based offering,” says Kristen Mathieson, MBA, RD, CDN, project management lead at NYP’s Department of Food & Nutrition. 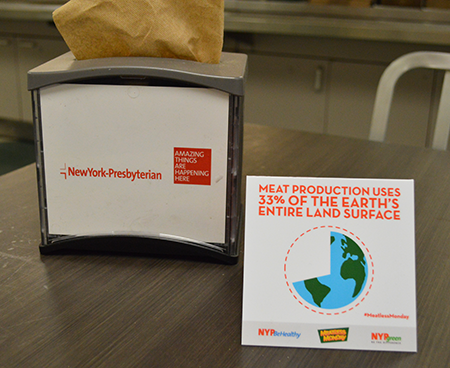 This is a step that makes sense for a healthcare operation that’s so strong in research, adds Hooman Yaghoobzadeh, MD, FACC, clinical associate professor of medicine at NYP and Weill Cornell Medicine.

“Research-based application of nutritional science is what a hospital should be involved in,” Yaghoobzadeh says. “This effort has invigorated our department of food and nutrition and created momentum felt throughout the hospital.”

Other departments within the healthcare system are creating a synergy with the plant-based initiative. Along with the NYP nutrition department, the Health and Wellbeing team (NYPBeHealthy) and the Sustainability Department (NYPgreen) are working together to reach out to employees about going meatless more often.

“Communication efforts are intended to educate employees on how small adjustments in meat consumption can reduce an individual’s environmental footprint as well as the risk of adverse health outcomes associated with high-meat diets,” says Monika Sheikh, NYP’s corporate sustainability administrator.

Each week, table tents with plant-based facts will be on display, and promotional signage in retail areas will get the buzz going for customers passing though during the day. Sheikh sees the education piece has “initiated a dialogue about sustainable food choices…While many people have awareness of the health benefits of eating meatless, often times they haven’t contemplated the environmental implications of their diet.”

NYP dietitians and the culinary team, along with medical students in the Culinary Medicine elective are creating new meatless menu items for the Meatless Monday program, and dietetic interns will gather data to see which recipes are the most successful. Those could end up on the regular menu.

“Many of these recipes align with the precepts of plant-based nutrition and we will be working on featuring these recipes going forward,” says Michael C. Williams, DBA, MBA, RD, CDN, director of food & nutrition, patient transport & mail services at NYP. “It’s great to see the collaboration between all the parties involved in this program. It’s a team effort and it shows.”

For plant-based cooking that satisfies, Administrative Director of Clinical Nutrition Louise Merriman, MS, RD, CD, has been finding that “in many dishes, beans and legumes are an easy, satisfying and healthy substitute for animal proteins at a much lower cost.”