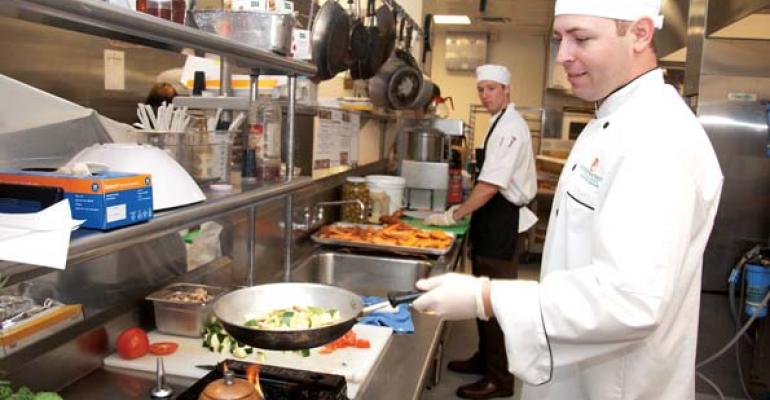 Louisiana is one of those states that perennially occupies one of the top slots whenever someone totes up one of those “most obese states” lists. Little wonder, given the state’s traditional rich cuisine.

Recognizing its responsibility to set a good example for the community, Baton Rouge General Hospital, a three-hospital network in Louisiana’s capital city, challenged its contract foodservices provider HHS Culinary & Nutrition Solutions. HHS Culinary was tasked with developing a program with an aggressive “better for you” profile that retains enough of the region’s culinary traditions to keep customers coming back.

The core of HHS’ strategy is a “chef-centric” approach focused around a Chef’s Table station that showcases different attractive but healthy dishes to the some 800 members of the medical staff as well as visitors.

For example, wild and brown rice have been given more prominence as side dish alternatives. Products like nuts and fish with their healthier omega-3 fats receive more menu space than starchy selections like potatoes and grits. “Gratuitous” bread has been cut back (customers now have to ask for it).

The results have been encouraging. Retail sales are up by double digits in the cafés despite the changes and the hospital reports improvements in employee biometrics.