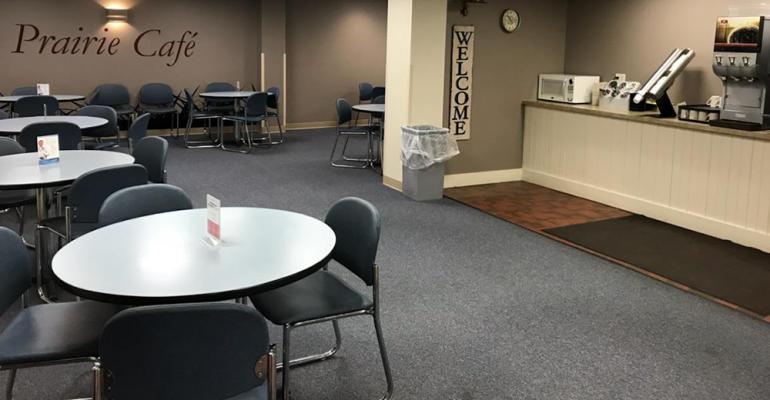 With reconfigured lines, more efficiencies and smoother traffic patterns, the café is now seeing business increase from customers inside the hospital and out.

Traffic at the new Prairie Café inside the Sanford Worthington Medical Center (SWMC) is surging in the wake of a makeover that transformed the once institutional-looking cafeteria into a more welcoming eatery.

“We’ve always been open to the public, but the space was not very inviting,” says Nutrition Service Manager Chris Schmitz, who has been with the hospital for two decades.

SWMC is a 48-bed facility offering services in medical, diagnostic, therapy and outreach, surgery, women’s healthcare, emergency and acute care. It includes 23 providers and over 400 employees and is a member of Sanford Health, an integrated health system headquartered in the Dakotas. 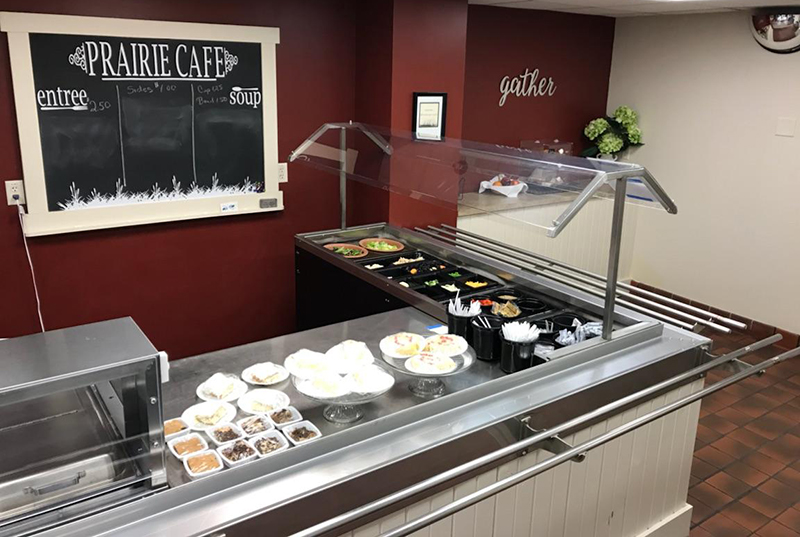 Despite those facts, SWMC’s cafeteria regularly featured lines out the door as the food—which is nearly all scratch made—has consistently attracted hospital staff, patients and families.

“We knew if we improved the dining space, we’d serve more customers,” says Schmitz. “And we suspected we’d be able to attract more customers from outside the hospital, too.”

With those goals in mind, SWMC embarked on a one-week remodeling project inside the cafeteria in April 2017. A wall was removed, new counters as well as a modern and far-more-functional steamtable were brought in. The lines were reconfigured. The walls were repainted. Art and décor was added. And more signage directing customers to the café from various points in the hospital was also added.

“The graphics class from Worthington High School designed a mural on one wall to announce the new name—Prairie Café,” says Schmitz. “It was a great way to bring the community into the project and help get the news about the new café into the public.”

As a result of the renovation, Prairie Café, named by a hospital staffer who won the naming competition, is now attracting business from downtown workers and retired neighbors, too. There is a five-week cycle menu that changes in the fall and the spring and features mostly scratch-made options.

“As part of the renovation, we were able to retool the flow of the lines, which gets customers through much faster,” says Schmitz. “We also now have access to the line from the back so we can refill and refresh without interruption.” 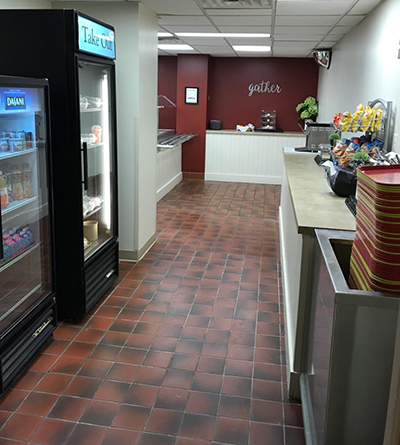 “Our salad bar is second to none,” says Schmitz. “It features tons of fresh fruits and vegetables. We also added a takeout cooler for any customers who want grab-and-go choices.”

The Prairie Café currently serves about 125 meals at lunchtime in addition to the 45 meals the kitchen prepares for the local Meals on Wheels program Monday through Friday. Supper is a bit slower than lunch, but far busier than it was pre-renovation.

“Many of our neighborhood customers come for lunch and get dinner to go,” says Schmitz adding that the project hasn’t been without challenges. “Timing was a big factor, but the team was efficient and adaptable.

“We’re working on getting the word out about the new café—and that will continue,” says Schmitz. “But each day we see new faces and business is increasing because we’re serving delicious, real food in an inviting and comfortable atmosphere.” 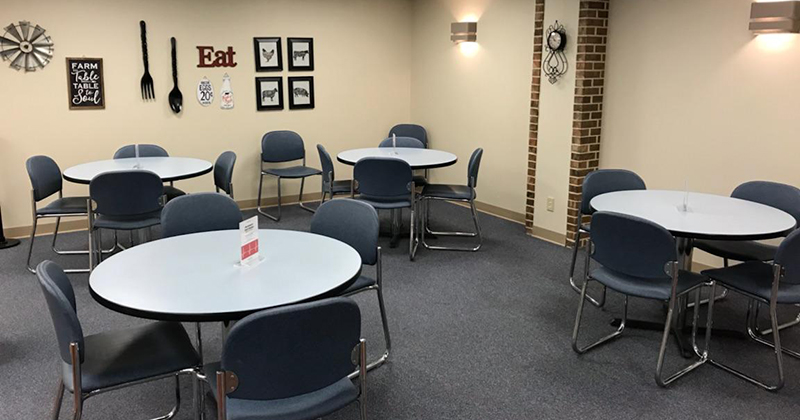