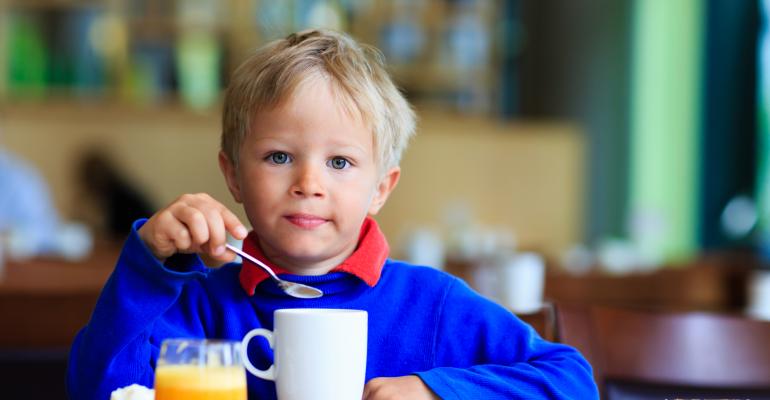 5 things: Breakfast in the classroom not linked to obesity, study finds

This and more are the things you missed for the week of Nov. 9.

1.    School breakfast not linked to obesity, study finds
There’s no doubting the importance of eating a healthy breakfast. That’s why so many schools have implemented programs to increase morning meal participation, including breakfast in the classroom, which is often served for free to all students. Some, however, have questioned if serving a free breakfast in school would be a double-dipping opportunity for students (kids could eat breakfast at home and then also at school), thereby increasing the amount of calories eaten leading to obesity. A new study published in the Journal of the Academy of Nutrition and Dietetics found that no such correlation exists. The study looked at students who ate second chance breakfasts, breakfast in the classroom and the traditional before-school serving. The study found that in those schools where breakfast in the classroom was served, fewer students did not eat the morning meal. Those students were more likely to have eaten both at home and school, however, those students did not have higher mean energy intakes from breakfast or higher daily energy intakes than the students served other breakfast methods. The study’s conclusion: “No evidence was found to support discontinuation of breakfast in the classroom policy on the basis of concerns that children will eat excess calories."

2.    FDA sets first daily sugar recommendation
For the first time, the FDA has put a cap on the recommended amount of sugar we consume on a daily basis. The cap, for someone older than 3, is at 12.5 teaspoons or 50 grams per day. To put that into context, that’s about the sugar content in a 12-ounce can of Coke. But there’s a difference between added sugars and naturally occurring ones, which is why the FDA has also said it wants nutrition labels to change to distinguish between the two.

In an effort to reduce waste, dining services at this Massachusetts college has removed paper cups from the service area. Students now must ask a dining services employee to get a paper cup. According to an article in the Wellesley News, the department was on track to use one million paper cups by the end of the year in the dining halls. Waste wasn’t the only issue: It costs dining services 5 cents per cup and 3 cents per lid.

4. What’s wrong with our food system: Experts sound off

A few months back I wrote a column pleading for the dialogue around food to be a positive one, particularly when it comes to children and schools. A new column in the Washington Post does a great job asking the leaders in the food industry what they think are the challenges with the food system, taking out GMOs. I loved what Tom Vilsack, secretary of agriculture, said: “there’s an effort on the part of many people to use food policy as a dividing issue. Red, blue. Organic, conventional. Foodie, traditional. I’m fed up with having divisive conversations.”

Read more: If GMOs aren’t the problem with our food system, then what is?

5. Students say Asian dishes not authentic
As the student populations at colleges become more diverse, dining services must alter menus to reflect that shift. How exactly to do that has become an issue with some students at Oberlin College, where dining services is managed by Bon Appetit. One student took offense with the alterations made to a traditional banh mi sandwich (the university used ciabatta bread, pulled pork and coleslaw). Another took issue with General Tso’s chicken, which used steamed chicken instead of deep-fried. And another Japanese student said the sushi bar in Dascomb Dining Hall didn’t represent the cultural integrity of sushi, adding that in Japan it can take years of apprenticeship before learning how to serve sushi appropriately.

Other students were more kind with dining service’s interpretation of the dishes, saying they were a “reflection of cultural collision, not cultural appropriation,” according to an article in the Oberlin Review. With costs, sourcing and staff training considerations coming into play, it’s difficult for dining services to create 100 percent authentic cultural dishes. One Oberlin student, recognizing this, suggested more dialogue or simply calling a dish by what it is instead of the altered ethnic menu item.