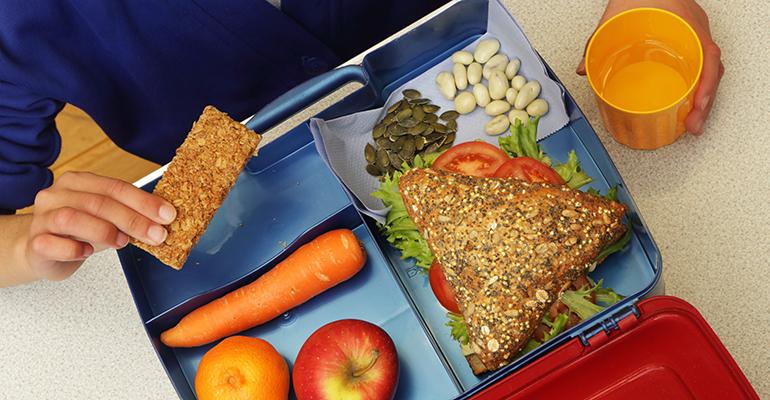 Peter Cade / Stone
A third of schools say they have had trouble convincing parents to submit applications for free or reduced priced meals, according to a recent survey of 1,000 elementary, middle, and high schools across the country conducted by the Institute of Education Sciences, the research arm of the U.S. Department of Education.
News & Trends>K-12 Schools

This and a boom in campus housing construction despite continuing college enrollment declines are some of the stories you may have missed recently.

A third of schools say they have had trouble convincing parents to submit applications for free or reduced priced meals, according to a recent survey of 1,000 elementary, middle, and high schools across the country conducted by the Institute of Education Sciences, the research arm of the U.S. Department of Education. That was the most-cited challenge out of a list that included increased program costs and staffing shortages. Overall, more than a quarter of the schools that operate USDA school and breakfast meal programs said in the survey that it was more difficult for their school to operate meal programs during this school year compared to 2021-22.

Read more: Schools Are Struggling to Get Families to Apply for Free Meals

Although total college enrollment continues its more than a decade-long decline, several universities have recently announced major investments in the construction of new, large-scale student housing projects due to factors such as a desperate need of more student housing to accommodate a growing student body while in other instances, the need for new housing has been driven by the fact that many student dormitories built during the college enrollment surges of the 1960s and 1970s have now become obsolete or fallen into such disrepair that new construction makes more financial sense that attempts at renovation. And rather than discouraging investments in congregate living facilities, the Covid-19 pandemic may actually have served as another impetus for colleges to add new housing as older housing stock with its communal bathrooms and large dining halls makes social distancing and quarantining more difficult, compared to the suites and apartments popular in modern student housing.

After ending free employee meals and canceling its dining services contract with Bon Appetite Mgt. Co. at its San Francisco headquarters, new Twitter owner Elon Musk is apparently now ridding the building of many of its more luxurious assets, including gourmet kitchen equipment, at an auction scheduled for mid-January. Among the many industrial kitchen appliances for sale will be a few 40-quart mixers, La Marzocco espresso machines, 20-gallon vegetable dryers, rotisseries, pizza ovens, Vulcan ranges and a Kegerator beer dispenser.

The University of Kentucky board of trustees has approved a 4% increase to on-campus housing and 9% increase to dining rates, both of which it says is under the rate of inflation in the area. UK does not require students to live on campus but those who do are required to purchase a campus dining plan, with the exception of those who live in the University Flats.

DCH Regional Medical Center in Alabama is playing the role of Santa Claus for this year’s Christmas season, handing out 150 food boxes for their own employees. The food boxes contained a wide array of foods including vegetables, potatoes, bread, fish, shrimp and desserts like pastries and cakes.

Bonus: Gluten-free has a glow up